Home Retrogrades In the Shadow of Mercury Retrograde

On September 24th 2008 Mercury turns retrograde and starts to wander backwards through the sky. In my chart I have a perfect yod between Uranus, Neptune and Mercury and the trickster is the apex of this configuration in the 9th house. Added to this, he is in a stellium with the Sun, Saturn and Venus, the latter making an exact conjunction with my MC.

What fascinates me with astrology is how we can be extremely sensitive to certain energies in the chart. I have what seems to be an extraordinary sensitivity to this little planet’s movements and his foxy nature both fascinates and occasionally irritates the heck out of me! 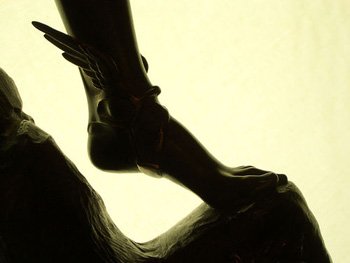 Over the last few days I seem to have been noticing him more and more. For the past few years I have strategically planned for retrograde periods, holding off dealing with making important decisions (unless absolutely necessary) and posting letters. Backing up the computer is done with religious fervour. During retrograde periods my TV has broken, my phone has died, the hard drive went on a computer – twice (!), a video was chewed to pieces, I got a computer virus and an important letter went astray. It’s therefore amusing that I have booked my holiday to Lisbon slap bang in the middle of the up and coming retrograde period and all whilst Mercury is sauntering through my third house opposing his natal position in my chart. Oh well, I do like a challenge!

It couldn’t be helped, I wanted to go away but commitments pressed me to book for later than I had hoped in the year. When a flight came up I jumped and booked (yes I have Aries on the cusp of the 9th!). Some astrologers say that there is a shadow of influence before Mercury goes retrograde. I don’t always notice this I have to admit. Usually I feel it when Mercury becomes stationary but this year I am feeling the shadow. The news has stories of a crisis with flights as budget airlines go bust, a deadly train crash in the States and a fire in the Channel tunnel. This amongst of course the terrible hurricane that has devastated so much of Texas. Part of me wonders if this is because Mars is close by to Mercury at the moment, perhaps he is ‘inflaming’ the situation?

Last night I dreamed of a neighbour I used to have who drove me to distraction with constantly knocking at my door. I was then rudely awoken early by the sound of a door slamming. Throughout the day my street has been busy and noisy for seemingly no reason. People going in and out, doors banging, shouts, laughter. Sunday is usually so quiet here. All third house issues. I spent an hour trying to set up Google Calendar with endless frustration because I couldn’t work out how to get the darn thing to email my home email rather than Googlemail. Finally and sublimely in an effort to cancel out the noisy neighbourhood I decided to listen to some music; only to discover my speakers on my computer are playing up. *sigh* I decided to beat Mercury at his own game and started to write this post!

Mercury energy seems to flow to me and I pick up on his moods. Aside from worrying about my holiday travel arrangements however I also know one thing will resonate with the Mercury retrograde energy. I will be travelling alone and spending much time in thoughtful silence as I wander the streets of Lisbon, drinking coffee in the sunlight, writing down my experiences and photographing the scenery. My journey abroad to revisit Lisbon, to write for a site called In Love With Lisbon seems to fit quite poetically with the astrological symbolism.

When Mercury goes retrograde it is time to turn inward and commune with your inner self. It’s time to open a dialogue with you. Mercury will be in Libra, the sign of balance so this particular period allows you to mentally re-adjust to bring life back into balance. We all need to do this sometimes and what better time than to do so during Mercury Retrograde in Libra. As I mentioned above, it isn’t necessarily a time to make decisions, more about finding the space to listen to what your inner self has to say. Venus ruler of Libra enters intense Scorpio the same day as Mercury turns so be willing to explore deep territory. It may be particularly useful to take note of your dreams during this time as they can often say more than you can consciously communicate. 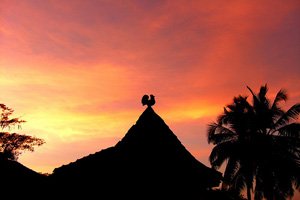 By October the 18th the energy begins to lift a little as Venus moves into Sagittarius but be very wary of leaping before you look! By the end of this Mercury retrograde you could feel that you’ve been take on a deep journey that leaves you more balanced and enthusiastic as to what comes next.

Mercury’s stationary degree is 22.7 degrees Libra which connects to the Sabian Symbol: –

Mercury is about to impress upon us the importance of honouring our true spirit. This is the image I shall meditate on during the retrograde period – in-between praying that the train isn’t late and the flight isn’t delayed!