The next New Moon falls in Libra on September 29th and is exact at 9.13am GMT. Now is the time to be contemplating your relationships, considering partners both in work and play and looking at what needs rebalancing in your life.

Libra is the only sign in the zodiac that doesn’t have a living creature as its symbol. The inanimate object of the Scales shows that this is a sign that promotes objectivity. The head rules over the heart. As Libra’s ruling planet Venus is making her way through Scorpio, this particular New Moon is given added depth (this connection is also shown through the semi-sextile from the Sun/Moon to Venus). Mercury retrograde in Libra suggests that you may need to go over some old ground before reaching an agreement.

The Moon is applying a square to Jupiter and this cautions us to not over-react. Grand gestures aren’t called for right now, even though you might feel drawn to do so.

It is sometimes hard to understand why such a loving planet as Venus came to rule airy Libra. In Taurus we understand her as the sensual in-touch-with-pleasure figure who is governed by the needs and wishes of her body. She lies back and enjoys, feasts and delights. Libra however is a positive cardinal sign who brings out the other side of Venus; the side that understand that love is a verb, love is an action that we can make. Coupled with the scales of justice as the symbol, it makes me think of unconditional love – love given to all whether they ‘deserve’ it or not. Love does not hide from the truth, love embraces truth and adjusts itself accordingly to accept it. The Scales are those that are carried by Virgo. After careful analysis comes the conclusion, the fair judgement, the coming together with eyes wide open, the loving of warts and all. 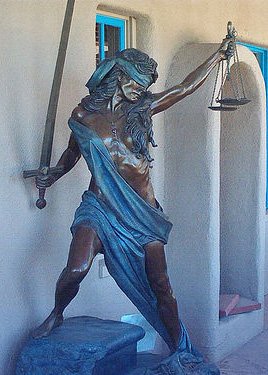 A Libra New Moon helps you make a fresh start in your relationships, but not before you do some deep exploration of yourself. If things have been rocky with you and a love partner or even a business partner, now could be the optimal time to set the seeds of good intention. This is the first New Moon after Autumn Equinox so it is leading us into the dark nights of contemplation as we move towards the end of the solar year. It’s time to weigh up how far you’ve come since the New Moon in Aries 6 months ago. Look at what has worked and what hasn’t, what came to fruition and what didn’t. What has been your personal harvest in terms of relationships this year? As you sow, so shall you reap as they say.

Whilst the big bail-out talks continue in the States, there’s every reason to be suspicious as with Venus in Scorpio there can be a tendency to lies and deception but of course that never happens when big money is at stake does it! (Note heavily sarcastic tone!). At the same time, Libra’s ruling planet is giving an excellent chance to get beyond the lies, explore deeper and unlock secrets that have been clouding the issue. The Moon’s last aspect before it leaves Libra will be a square to Pluto which suggests power issues will be brought to the forefront. Note that if decisions are made on a bedrock of lies right now, watch for a change of mind when Mercury goes direct again in a few weeks! An awkward minor aspect between the New Moon and Neptune may also tempt the big players to blur the truth. My eye is on Mars moving into Scorpio on the 4th October which will be happy to dig up any dirt if there’s dirt to be dug!

This applies on a personal level as well as a political one. Don’t be tempted to compromise for the sake of peace if it’s not what you truly want. True agreements can only be made when everything is on the table for all to see. A judgement cannot be reached without seeing all the evidence.

The New Moon takes place at 6.33 degrees Libra so comes under the domain of the following Sabian symbol: –

“A Woman Feeding Chickens And Protecting Them From The Hawks”

This image suggests that it is time to tend to what is useful and productive in your life but it is just as important to defend what you care for. This aptly describes the two sides of Venus as earthly lover and impartial judge. 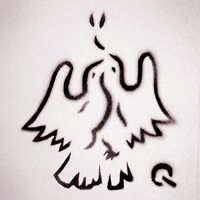 Whilst the New Moon in Libra brings partnerships to the foreground, check the house in which is falls in your own chart. This will give you an idea of which areas of life you can expect to be highlighted. Here is where you need to connect with and balance yourself in order to connect with and balance with others. Personally I feel that this is quite a complex New Moon with some slightly tense undertones but then for me it’s happening right on my 3rd house cusp which is asking me to consider how I communicate with myself. My challenge during this New Moon is to keep my thoughts balanced and not allow myself to blow things out of proportion. By keeping things in perspective I can more effectively communicate with others.

As the Sun and Moon draw together in the sky ask yourself:-

What is the truth?
How can I take action to express love?
How do I defend myself?
Does my life feel balanced?
What do I feel is unfair?
What must I protect?

In honour of Venus, take yourself to an art gallery, wear clothing that pleases you, leave a love note for your partner or simply make love. Alternatively check to see if your finances balance and be on top of any legal issues.

The creature associated with Venus is the dove; bringer of peace. If each of us attains peace within ourselves imagine what could be achieved in the world at large.