It’s been a while since I’ve posted. I seem to have been through a long phase of all work and little play but with Saturn currently transiting my second house it’s not hugely surprising. Right now he has moved into an exact conjunction with my natal Pluto and I would not deny to feeling the world weighing a little heavy on my shoulders at times.

In my natal chart, Saturn is conjunct my North Node to within half a degree so I feel karmically sensitive to Old Father Time. In a trying week that left me feeling rather stressed and anxious, I find it interesting that there were two inspiring high-points with a common theme.

One was stumbling onto an incredible episode of Horizon (a UK documentary series that explores many amazing ideas and situation). In this particular episode they attempted to answer the simple question ‘Do You Know What Time It Is?’. The journey lead them through discussing the construction of ancient calendars through to measuring time using the celestial bodies, atomic clocks, the age of the universe, string theory and alternate dimensions, Einstein’s theory of time as the 4th dimension and quantum physics. Presenter and young professor Brian Cox was fascinating and engaging although I disagreed with his feeling that Einstein’s theory that all time is existing at once is somehow ‘counter-intuitive’. It has always seemed to me that all possibilities co-exist on different planes of existence – past, present and future all exist now. Even as a child I had a strong feeling that I was sometimes slightly ‘out of time’ with everyone else. Along the same theme, the concept of other dimensions seemed real and tangible to me through extraordinary moments of heightened awareness and altered states of consciousness such as lucid dreaming and sleep paralysis.

The other inspiration this week was watching my favourite film ‘Contact’ with Jodie Foster which includes a glorious digital journey through space. Central to the film is the issue of whether the main character has simply imagined her trip to another galaxy or whether she actually went. She knows she has spent around 18 hours travelling through space but people on earth only see her knocked unconscious for a moment (I don’t want to give too much of this wonderful movie away!). It’s a great film for astrologers who can also pick up on the theme of Science against Faith (Saturn against Jupiter).

A few weeks back I started to feel quite anxious that time seemed to be speeding up, even to the point where I would swear the clocks were ticking faster. That was the same week where I ‘lost’ a day. I reached Friday but was convinced it was Thursday and even when told otherwise, I found I was completely out of step with everyone else around me. It frightened me for a moment.

That weekend I dedicated myself some ‘me time’ and wrote some music for the first time in months. By the Sunday evening I had a good portion of my new song mapped out. That night I dreamed… 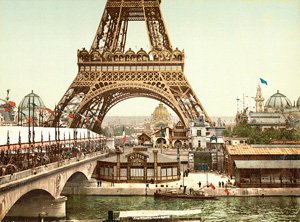 I am in France. I ask an old French lady ‘If you were here for just one day, where would you go? What are the places I should see? She tells me something then points. I am looking down a long road that has high sides, similar to coming out of a tunnel. Ahead of me are many people and I’m looking past them to the beautiful scene stretched out before me. First there is an ornate bridge covered in gold that is also an ancient clock-tower. Beyond that, in a glorious misty golden light I see the landmarks of Paris stretched out in a line before me: the Arc de Triomphe, The Louvre, The Eiffel Towel, The 9th Bridge, Notre Dame. Somehow I can see the whole of Paris like a beautiful painting that is alive and vibrant. I awoke feeling inspired.

The asteroid Paris sits in my 11th house at 0.13 degrees Cancer. By progression Mercury is currently sitting right on this point. On the Sunday I started songwriting, the Sun, Mercury and Mars sat at the beginning of Sagittarius ruling my 5th house of creativity. Mercury was at 0 degrees Sagittarius in a perfect Quincunx to progressed Mercury and asteroid Paris. It isn’t surprising that this configuration disturbed old memories that I later poured into my creative work. Progressed Mercury is leading me down memory lane, reminding me of old songs and forgotten conversations, friends lost and found. The Cancerian influence has even brought to mind childhood comfort foods that I haven’t tasted in a long time and consequently I’ve made cheese and potato pie and stewed apples in the past week! All of this sitting against the backdrop of Saturn conjunct Pluto in the second house urging me to let go and make my peace with time and Pluto changing signs within my 5th house.

In waking life, I visited Paris back in 2004. I had never travelled abroad as an adult and Paris marked my first trip out of the country. I still remember that amazing moment where I stood on Pont Neuf and gazed out over the city skyline – the Eifel tower in the haze of summer. All I could think of was ‘I’m really here. I’m really in another country!’ With heavy emphasis on my natal 9th house perhaps you can appreciate it was a big moment for me!

Of course Lisbon is my city of choice and where my heart lies but Paris represents something else to me. It represents a feeling of ‘finally arriving’, ‘a landmark moment’; a feeling that ‘I’m finally getting somewhere’. Certainly the release of writing music and an almost obsessive urge to learn to draw seems to reflect the astrological patterns occurring in my chart right now.

Stephen Arroyo says that the quincunx needs to be handled gently: it’s about ‘subtly adjusting ones approach’ p.114 Astrology, Karma and Transformation 1978. Progressed Mercury is delving into old memories, Mercury by transit is wanting to take a leap ahead, to find meaning, to learn, to express my vision of the world, to the world. Progressed Mercury is in direct opposite to Pluto’s current entry into Capricorn. Pluto transiting my 5th house of creativity shows that I need to let go, be myself and let my voice be heard.

My dream was about important landmarks. All of us have landmark moments in our lives and it is by these we navigate and build a map of our history. When we make a mark on the land we are really saying ‘I was here’. Our monumental moments and our achievements mark our passage through time and we create something which ensures our memory in the future. 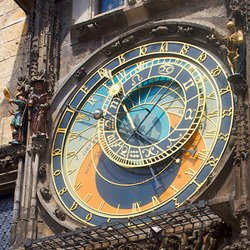 The question I asked at the beginning of the dream was really me saying ‘where do I go from here’? The old woman in my dream was rather like Old Mother Time. It was she who pointed the way, who showed me how to look ahead and see the beauty on the horizon. It didn’t matter whether I had one day or many, I could see everything I needed to see from my current vantage point. All possibilities were open to me. Time is the bridge between now and the future and time like alchemy can change the mundane into gold. Dreams can be so eloquent.

On another level Old Mother Time was showing me that there were many landmark moments to come, that I still had a way to go, I still have projects to complete and goals to achieve.

Right now it is time for me to acknowledge those experiences that make up my roadmap of life. To allow myself to revisit these places without fear of losing the present. It’s time for me to draw on my past experiences and allow them to be expressed through my creative work. In some ways it’s progression through regression!

It never ceases to amaze me how dreams are often a visual representation of the energies of our astrological chart.

The next time someone asks me “do you know what time it is?’ I’m going to emulate the cheeky scientist who answered “37 billion years” (the age of the universe in theory) 🙂