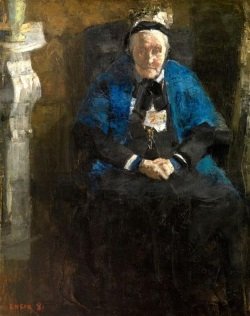 A couple of weeks ago, late one night I was curled up in the armchair reading a book. Absorbed in the story, my concentration was broken by a flash of light beside my grandmother’s photo. A few moments later another large flash occured just above the picture and I experienced a gentle sensation of presence in the room. I smiled. It had been a while since my Gran put in an appearance. As quickly as it came, it was gone. I felt no particular reason for her visit, no urgent message to relay. It was as if she had just popped her head through the veil to say a quick hello before carrying on along her way.

In the US, today is Grandparents Day so in honour of this I decided to take a little look at Grandparents as seen through the astrological chart.

Typically, the houses associated with our Grandparents are the 1st and 7th. This comes from the technique of ‘derived houses’. There is still a great deal of discussion in the astrological community regarding which house pertains to the Mother and which to the Father. Personally I take the 4th as the Mother and 10th as the Father. With the Moon ruling the 4th house and Saturn the 10th house, the symbolism fits for me. From this then, I derive the following houses for the Grandparents

What is immediately apparent is that regardless of whether you see the Mother as the 4th house and Father as 10th house or vice versa, the derived houses of the grandparents remain the same. I think this is an interesting phenomenon; almost as though it represents the continuity of our grandparents, the legacy that remains even when there is confusion between child and parents. Once removed from the issues of raising a child, the grandparent typically enjoys all the fun of being in a child’s life without the sense of burdens and responsibilities a parent can often feel much as they adore their child.

Certainly these are traditional views and the family unit has morphed and changed over the years. There are some who may never have known their grandparents and others who are raised soley by them. But through the eyes of astrology, our grandparents play a constant part in shaping our perception of ourselves, the way we view the world and how we relate to others.

“She was the cornerstone of our family, and a woman of extraordinary accomplishment, strength, and humility.  She was the person who encouraged and allowed us to take chances.”

“She’s the one who taught me about hard work”

These are the words of President Obama on his maternal Grandmother who died the day before he was elected President. In his chart, Leo sits on his descendant and the Sun is in the 6th house.

Elvis Presley nicknamed his paternal Grandmother ‘Dodger’ when he was young after he threw a baseball in temper and she ‘dodged’ out of the way. Interesting with Sagitarrius (often associated with sport) on the 1st house.

In my own chart, my maternal Grandmother (the lady who pops in from spirit) is represented by Uranus and Saturn as rulers of my 7th house cusp. Even the two together seem very descriptive of her. She was a stickler for rules in many ways and conventional in her upbringing yet she had medium abilities and a Romany Grandmother which made he a little different. She taught me to value my own unique ablities (Uranus in the 2nd) and also to pursue an education (Saturn in the 9th). She insisted on good behaviour in polite company and worked hard to retain her independence after my Grandfather died.

My paternal grandmother is shown by my first house which is Leo ruled by the Sun in the 9th. She married an American shortly after the second world war. He went back to America and sent her the money to join him but she gambled it on bingo instead and never went!

The 4th house shows our heritage and the influences around us in our early lives. With Neptune in the 4th house, not only did I have to deal with alcohol issues, I also had a magical influence in my life.

It was my Grandmother who taught me to watch the birds for omens and the superstitions handed down from her Romany Grandmother. My Grandmother told me many stories about ghosts and psychic happenings including the one about the ghost who saved my Grandfather’s life in the war. She taught me to love poetry and the wonderful escapism of reading. She took me on walks through the countryside and told me that shepherds purse was fairy money and never to pick a flower without saying thank you. A devout Christian, whilst my spiritual path was not to be the same, she did teach me the concept of Faith and a belief in angels. She didn’t believe in going to church once a week – she believed that God could be found in every moment. Strangers were welcome because they might be an angel in disguise.

So this is for my Grandmother, the lady who brought magic into my life, who provided a sense of constancy and comfort where my immediate family did not. Here’s to my Grandmother who encouraged me to write, to be myself and believed I could fulfil my dream. Here’s to you Nana.

Below is my Grandmother’s favourite poem. I found it handwritten in an envelope and have kept it ever since. She had a deep love for ‘all God’s creatures’.

Twelve gates there are in Heavens wall
Round the city clear as glass.
And every gate is made of pearl
Through which the white souls pass.

But there’s another humble gate
A wicket green and low
That leads to wide and pleasant fields
Where long cool grasses grow.

Apostles stand at the gates of pearl
But by this wicket green
He who doth save both man and beast
The Lord himself, is seen.

He calls his creatures to come in
And opens the wicket wide
And the poor things,when they hear his voice
Flock through to the other side.

Tired horses and beaten cats
And poor lost dogs are there..
And little birds once cramped and caged
Come singing through the air

Fair is the city of golden streets
With the gates of pearl flung wide.
But let us come to that wicket green
And stand by the Masters side
Anon….