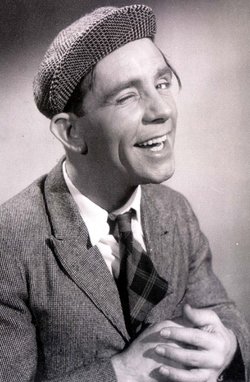 I have to say I was sad to hear of the death of Norman Wisdom yesterday. He was a staple of my childhood. I can still remember crying with laughter when I perhaps six or seven as I watched his antics with Mr. Grimsdale. His zany movements, ill-fitting clothes and the ridiculous situations ‘Norman Pitkin’ would find himself in were guarenteed to get me giggling every time.

As an adult I don’t find slapstick amusing but I recognise the genius that Norman Wisdom had. He was a man dedicated to his art. I watched a couple of YouTube videos earlier from those old films and it still made me smile with fond memories and marvel how I could have forgotten that he also sang like a bird.

No time of birth is on public record but Norman Wisdom was born on the 4th of February 1915 in London, UK. Casting a flat chart it can be immediately seen that he had a powerful Sun-Uranus conjunction in Aquarius. Uranus as modern ruler of Aquarius is placed strongly in its own sign amping up the energies of the Sun. With the Sun indicating where we shine and Uranus the eccectric, zany and magnetic, this combination clearly came out in his most well known character. This unpredictable energy filtered through to his star character Pitkin, making him encounter shocking situations and upsetting the status quo around him. Of course another side of Uranus is the rebel and despite the beautiful innocence of those old time movies, Norman Pitkin was a rebel of his time. Pitkin’s tortured boss (the famous Mr. Grimsdale) would find himself run-ragged and upstaged by this tiny man who could not conform to the rules (try as he might). As a result, even when Albanian television was strongly censored, Norman Wisdom/Pitkin made it through the barricades to become a working class hero much loved by the country. In real life too, Norman famously broke the rules when he grabbed the Queen’s arm at an outing. 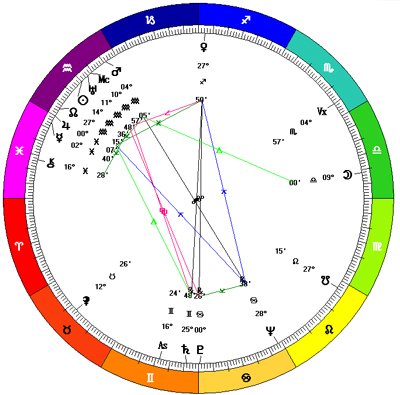 Norman Wisdom had a Libran Moon. This suggests he was emotionally in touch with the heart of the public, sensitive to social graces and would treat others fairly and with respect. Certainly it seems that there was a great deal of goodwill towards him. Whenever I look at a picture of him or hear him sing, I sense genuine kindness.

Unless Norman was born very, very late at night, the sabian symbol for his Sun was

Two Lovebirds Sitting On A Fence And Singing Happily

Somehow this just seems to fit the image of him singing ‘Don’t Laugh At Me (Cos I’m a Fool)’. The two lovebirds evoke a time of innocence gone by. In the movies, Pitkin, despite his clumsiness nearly always won the heart of the girl. Certainly his meteoric rise to fame after the war and his massive success in the movies capture the [Uranus?] glamour of the age. Whilst his style of singing now would be considered old fashioned, there is no denying that he had a lovely voice.

Elementally, Norman’s chart consistered of almost air and water with air being the prominant element by far. Certainly this gave him the capability to communicate his true feeelings. With only Venus in fire however, it is as though his love life was in effect drowned out or smothered. The stern oppposition to Venus from the Saturn-Pluto conjunction suggests that romance issues may have been hard. Saturn-Venus aspects are notorious for offering the experience of challenge in the field of relationships (I should know – my two are conjunct!). In life Norman married twice, having two children by his second wife. Sadly the relationship did not last and she left him for someone else. After this he never re-married.

Looking at his Venus in Sagittarius, it is as though he transformed (Pluto) personal love into love of the world. The planet and sign together in themselves bring a love (Venus) of humour (Sagittarius). Jupiter, ruler of Sagittarius is conjunct Mercury at the very beginning of Pisces suggesting again that he could communicate a jovial nature which appealed to the masses. Not to mention the fact that he was comically known for tripping over his own feet – Mercury in Pisces (ruler of the feet) conjunct Jupiter!

His time of death was stated online as 6.40pm 4th Oct 2010. Taking a quick look at this chart I couldn’t help but notice the MC was on the sabian symbol

Somehow this seemed to relate to the mood of the moment. Norman Wisdom was dearly loved by many and had a glorious reputation. Whilst there have been tears there has also been a lot of laughter as people sing his praises across the country and beyond, watching old movie clips and giggling at those old gags. For many it is like going back home, returning to a sunlit moment in childhood on a Sunday afternoon. And in a way, it is the story of our love bird who found a home in the hearts of his fans. By playing the fool and letting us laugh at him, he taught us just a little bit about how to laugh at ourselves.

Norman Wisdom is celebrated in the heavens as asteroid 17826 is named after him. This asteroid sits in my 8th house in Pisces in my natal chart. Off the top of my head it makes me feel like every now and then I need to laugh in the face of darkness. Conjunct Chiron, the song ‘Don’t Laugh at Me (‘cos I’m a fool)’ resonates. One of my Chiron wounds is being afraid of being made to look foolish (especially with Leo Rising!). Perhaps the asteroid ‘Normanwisdom’ is simply telling me not to take myself so seriously!  The hurt can be healed through laughter.

If you would like to know where Norman is in your chart, go to Astro Dienst  and register if you haven’t already. Once you have added your birth details you need to cast an ‘extended chart’ which you will find under the ‘free horoscopes’ option. On the following page, select natal chart and the house system you want, then add in the asteroid number 17826.

Where is Norman Wisdom in your chart? How do you interpret his placement?

Rest in Peace Norman and thanks for the happy memories. I’m sure you’re already making the angels laugh.