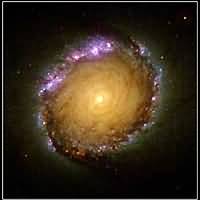 The New Moon occurs at 14LIB24 at 7.44pm BST on 7th October. Ruler of Libra Venus is about to turn retrograde shortly after the New Moon. Moving away from her passionate embrace with Mars, Venus dives deep into the underworld of Scorpio where our beautiful lady is not afraid to face the taboo when it comes to relating. One of the definitions of ‘taboo’ is “banned on the grounds of morality or taste“. Libra rules peaceful social interaction, and ‘niceness’. Venus ruling Libra has exquisite good taste. But passing through her sign of detriment and retrograde, Venus is willing to forgo ‘good taste’ in order to get to the root of things in her relationships. No longer can we sweep the debris under that beautiful Persian carpet.

With the next Full Moon again being in Aries, the emphasis is on self in relation to the other. What we begin at the New Moon comes to fruition at the Full Moon. The next Full Moon in Aries shows that we will be required to have courage and take action so during this New Moon we need to look at what is out of balance.

The Sabian Symbol is :-

The circle is everything and nothing, the beginning and end. It is the Fool in the tarot (zero) and the exclamation O!

The circular path of this sabian can lead us to think of the cycles of the seasons and the cosmos, the endless ebb and flow of life and death. It reminds us of the perfection in the universe, the complete embrace of the divine. Or it can provoke thoughts of endless wandering in circles, never getting to where we want to be; continuously making the same mistakes over and over again.

And the circle reminds me of the orbit of a planet, kept in its place by the shining star it revolves around. If we revolve around another then we are subject to their whims. Any shift in position from the other and our orbit must change. We are forced to adjust by gravity.

And yet if we revolve around our own centre, if we are strong in the core of ourselves, a shift in the other’s centre does not have to shake us from the path. This is perhaps the lesson of this New Moon. We need to be strong and centred so that we can fully embrace the other without fear of being knocked from our own orbit.