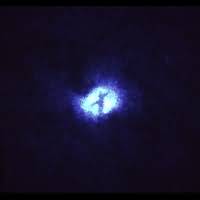 Mercury enters Scorpio at 10.19pm on the 20th October (BST) changing his winged sandles for mining boots, he enters the dark world already inhabited by Venus and Mars.

Of course Venus and Mars in Scorpio brought us the tale of the Chilean miners and their ultimate rescue. Venus currently retrograde in Scorpio seemed to aptly describe the descent into ‘hell’. She also showed the growing love (Venus) that we found for these men (Mars) trapped in the darkness underground (Scorpio).

I cried at every reunion I saw. I have a thing about reunions: it doesn’t matter what the reason for them is, I still cry. I even used to cry at some tacky advertisement on television that showed reunions at an airport. I have no idea what the advertisement was for, I just remember the looks of joy and falling into each other’s arms. I guess perhaps it is because reunions remind us of those that we have lost and one day hope to meet again. For me, it captures an essence of the Portuguese word ‘saudade’ which has no English equivalent. It is a feeling of loss and grief and longing yet also the joy at what once was and what may come again. And even that doesn’t quite cover it – but I feel it. Saudade has its own nature in that once you know the word it will one day teach you what it means.

And now Mercury descends into the darkness. I see him as a herald for the Sun who will soon also join him in Scorpio just a few days later on the 23rd October. It is as though Mercury is getting our minds used to the darkness before the darkness is flooded with light.

You see sometimes we have to know darkness in order to understand the light. This is the seasonal round of Winter followed by Spring. In order to appreciate what we have, sometimes we need to know what it is like to be without.

So in our daily lives we come to the time of year when our minds turn inwards. The light is certainly fading here now. I wake up in the dark. More and more I find my mind turning to the thought of winter with the growing cold. There is great beauty in the autumnal light yet I smell death underneath. Winter is creeping towards me on the back of Jack Frost’s fingers and there’s nothing I can do about it.

In Scorpio, Mercury has the ability to search for treasure and for truth because power lies in the truth. But there is a paradox here in that one person’s truth isn’t necessarily another’s. We think that there is one reality; one concrete existence that we can all agree on yet if 10 people witness an accident you will most likely hear 10 different explanations about ‘what happened’. Certainly some will be similar but each will be skewed by the perspective of the witness. The 33 Miners will have 33 stories about what happened underground.

So Mercury in Scorpio asks that we simply discover our own truth. What do you really think? What do you really know? Look to the house ruled by Scorpio in your natal chart. Here there may be secrets to uncover and power that you may not have been aware you had. This house represents the area of life which will go through periodic renewal. It maybe the area of life in which you experience darkness in order to experience light.

During his journey through the underworld, Mercury will make several aspects but the most challenging is a square to Neptune on the 6th November. Neptune is nebulous and unclear and rules delusion and mystery. It conjures in my mind an old horror film where the shadow of the baddie grows enormous as it slithers along the wall towards the hero. Sometimes our own inner demons are like this, growing enormous and terrifying until we see their real face. But however horrific the real face of them, the shadow and the suspense is always somehow worse. Mercury who prefers to deal in facts and figures may struggle with this square. Communication may become unclear and people may feel misunderstood. If a shadow is creeping along the wall you might be inclined to run. But by the time you’ve stopped running you just may find yourself lost!

If you become lost, stand still – the light will soon flood in. Don’t let your imagination get the better of you. Stick to the facts for the time being.

In mythology it was Hermes (the Greek counterpart of Roman Mercury) who guided the souls of the dead to the river Styx. In many of the myths, Hermes is the only other God allowed to wander freely in the Underworld. Mercury in Scorpio relates to the story of the abduction of Persephone by Hades. With Demeter grieving in the upperworld and refusing to allow anything to grow, Zeus sent Hermes to talk Hades into releasing Persephone. Hermes struck a bargain with Hades that Persephone would return to the upperworld for half of the year (Spring and Summer) and then spent the rest of the year as queen of the underworld (Autumn and Winter). Here we see that Hermes (Mercury) has no fear of the underworld but a knowledge that in order to have life, we must also have death.

Soon the Sun will join Mercury in Scorpio as the wheel of the year turns relentlessly towards Samhain and Halloween. Soon we will remember the souls of the dead. Mercury guides the way for us travellers through life, asking us to dig deep into the psyche and listen to our dreams. Our secrets can no longer remain hidden but where there has been death, there will be renewal.