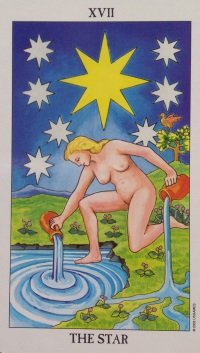 Choosing your first tarot deck is rather like choosing a friend. It symbolises a commitment to learn the cards and the mysteries they contain. Later down the line you may deepen the friendship, move on as sometimes friends do, or break it off altogether and choose a new deck. The friendship may be lifelong or for only a season but whatever the time you will have learned something about the world and about yourself.

Initially our new friend is a mystery to us but we like what we see. You seem to share something in common and over time you share more of yourself as they do with you. Gradually you begin to know your friend and they begin to know you. Love, respect and loyalty build bridges between you. You see layer after layer revealed, different aspects of their nature come to the foreground in different situations. You learn to gauge their reactions and guess what their response might be. You learn to know what make’s them laugh, makes them cry and makes them angry. Over time you may have differences of opinion. Sometimes your friend points out things to you that you’d rather they didn’t see. Sometimes your friend wants to help but you don’t want their help, you want to do it your way. Sometimes your friend very gently says “I told you so” then lets you cry in their arms.

My first deck of cards was bought for me by my maternal Grandmother on a holiday to Wales. We were in a souvenir shop and for some reason they were selling a pack of Mlle Lenormand Fortune Telling Cards. I was 14 and fascinated. My Grandmother bought the pack for me and so started my love affair with tarot. Whilst this wasn’t a 78 card tarot deck, these fortune telling cards helped me cut my teeth and start to build the skills necessary to be a tarot reader. I only used them for myself at the time but I started to notice even then that certain cards would show up in certain situations. It both astounded and confused me.

A couple of years later I bought my first set of proper tarot cards. Even though I’d been using my fortune telling cards for a while, I hadn’t read that much on tarot. My immediate family didn’t like my growing interest so I kept quiet about it most of the time and consoled myself with Old Moores Almanac and Misty Magazine for Girls (a comic book of spooky tales)! Consequently I bought the Rider Waite deck as it was the one I had heard of and thought I ‘should’ use.

The cards felt dead in my hands, masculine and angry looking. I found the artwork uninspiring and the general tone of the deck dark and forbidding. The little booklet that came with the pack seemed relentlessly bleak and I felt sure that it didn’t have to be this way. I put them away to find something ‘better’. I eventually gave that pack away to a friend.

In the past few years I was given another Rider Waite deck and I have found I have warmed somewhat to some cards. Unlike my first encounter, I can now use the deck if necessary and occasionally use it for a reading when I need razor sharp, no holds barred answers. If I chose one card to symbolise the whole pack however, I think I would choose the King of Swords. That’s how this deck feels to me.

But it’s all personal and that’s the point. We are all unique and we all have different types people and card we get on with. Some people adore the Rider Waite deck and get a great deal out of studying it. In fact, when it comes to the history of the tarot it is a deck you need to become familiar with.

The point here is that when you choose your first deck, take your time – find one that you can make friends with.

There are hundreds of different decks on the market these days and more coming out every year. With the dawning of the internet there are hundreds more designed by enthusiasts but not published. There are tarot decks for every genre and every area of interest you can imagine.

Here are some points to consider when buying your first deck.

Choose artwork you love
Art is subjective and all of us are moved by different things. Go with what you really like. There are black and white decks, decks created from photo’s, decks intricately drawn in coloured pencil, bold vibrant painted decks, digitally created decks, collage decks and cartoon decks. Cards can be realistic, impressionist or completely surreal. What matters is that the style that speaks to you.

Choose a theme of interest
Many decks are themed these days so if you are attracted to a certain mythology or era there is likely to be a deck that will answer that call. There are Byzantiam, Victorian and Arthurian decks, Fairy, Angel and Wiccan decks. There are decks to reflect different cultures such as Egyptian, Greek and African and decks dedicated to cats, vampires and baseball (I’m not kidding!).

Choose a pack with 78 cards
If you wish to study the tarot then you need to buy a tarot set rather than an oracle set. Check that the pack has 78 cards. Decks do vary with how they name the different suits and the Major Arcana but they are all essentially following a pattern of a traditional deck.

Check that there are full illustrations on each card
There are some packs where only the Major Arcana are fully illustrated and the rest of the pack are rather like playing cards. For example on the 5 of Cups you simply have five cups painted. Whilst plenty of people use ordinary playing cards for divination, illustrated cards can help you access the deeper meaning of the tarot and spark clairvoyant insight. Another thing to watch for is ‘helpful’ words printed on the cards like on some beginner decks. These words can be useful to start with but eventually they can get in the way of you developing your own meaning.

Look through the entire deck before buying if you possibly can.
These days it’s easier to find many of the images from your chosen pack online but I would still try and find somewhere where you can physically look through the whole set. Sometimes I’ve seen one card I loved online then discovered the rest of the pack doesn’t do anything for me. This is also the time to find out whether the cards seem to big or too small. I once bought a deck that I liked the look of and found they were almost impossible to shuffle because they were too big for my hands.

Many people will say that you shouldn’t buy your own cards but I think this is just superstition. Of course it is lovely to receive cards as a gift; I have both given and received cards but I have also bought cards for myself too. There’s nothing wrong in giving yourself a gift from time to time 🙂

Sometimes a Tarot deck will just shout ‘buy me’ and it may be quite different from what you previously thought you wanted. Sometimes, despite all of the above, the universe guides you to what you need and takes you on a different path. In those moments, trust your gut instincts.

If you choose wisely, you will be richly rewarded with 78 new ‘friends’ to play, learn with and grow with.

I’ve love to hear about your first tarot deck…