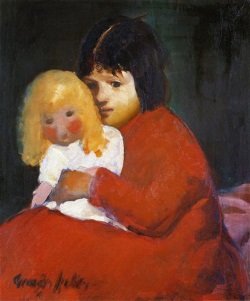 I think I’ve been holding myself back from writing this but having just read Neeti Ray’s beautiful post  I find words tumbling in my mind, urging me to set them down.

Saturn has already touched once on my IC by transit and is still only 4 degrees away. When he turns direct he will make a series of oppositions to my 9th house planets and points namely Venus-MC, Saturn, the North Node, Mercury and then the Sun. I know without question that this is an important time and that the conjunctions that Saturn will make to my IC and South Node will bring endings. Saturn will make me deal with the past so that I may have a future.

I’ve been estranged from my Father for nearly 6 years. My Mother died in 2000 and within a couple of years my Father seemed to decide he didn’t want any connection to his past. I let him go to his new wife and new life. So many things had been wrong with our relationship for such a long time I knew for my own sanity it was time. I’d tried to make it right but every rejection, every put-down eroded me. Back in my 20’s I’d done the therapy, the confrontation, the ‘this is what you did and why I’m pissed‘ letter but it hadn’t done any good. Both my parents put their heads firmly into the sand and insisted what I remembered didn’t happen or that I was a bad person for remembering. I was the one who was crazy. Being around them made me feel wrong inside; like I was losing myself into madness. And I did go mad. I tried to end my life on several occasions.

A few weeks ago it was my birthday. I had a lovely day being with a special person in my life and his children. He made a meal for me. I played with the kids. The youngest could barely contain her excitement about the birthday cake. We ate a chocolate cake covered in white stars in the garden in the sunshine, giggling and taking photographs. I made a wish.

The following day I had set aside as a reading day. I curled up in my armchair and opened to the first page. Then the postman arrived.

And there was a card from my Father wishing me a happy birthday and telling me he has Parkinson’s disease. He left his new address and phone number. Three sentences.

My IC is in the 3rd house in Libra. I needed peace in my childhood but what I got was war. Venus in Aries in the 9th house is in mutual reception with Mars in Taurus in the 10th. My Father by the way, was a builder.

I was meant to think the same as my parents; to maintain the status quo. Any difference of opinion was smashed. I remember being dragged to the bathroom and my head forced under cold water because I cried when a horse died on television. I was told I was stupid if I believed in something he didn’t. He deplored weakness of any kind yet needed those around him to be weak.

Venus hung onto the MC in the 9th somehow drawing upon an inner strength knowing I wasn’t stupid and it was okay to believe in something else. But it set up a life-long battle with inner voices that scream at me that I am worthless. I hate that his voice became my voice, how I internalised his opinion of me even whilst I rejected it. These days the voice is quieter but it hasn’t quite gone.

My 4th house cusp sits in Scorpio so once again Mars is connected and of course Pluto (in my 2nd). What happened in childhood severely damaged my self esteem and how I value myself. For my Father, love was about power and control. He controlled with his fists and relished being a bully. He was proud of the fact he was a bully when he was a child instead of the victim. When he drank he became violent. Neptune is situated in my 4th house. I hid in my bedroom trying to block out the sounds of punching as he beat my Mother and did things to her that a child shouldn’t know about. And I hated her for not standing up to him. That Scorpionic rage twisted me. I’m still straightening out the kinks.

I became both victim and perpetrator as I grew older. Still punching myself long after I left home to escape the blows. Running to find an inner peace that I never experienced as a child. I’m not quite there yet but it’s coming. It walks hand in hand with believing in myself (Venus in Aries conjunct the MC in the 9th). It’s funny but it’s only just occurred to me that both parts of my chart connected to my roots (the IC and the 4th house) talk of finding peace. Libra and Neptune.

I cried for a day when I received that birthday card. I felt guilt (Neptune) and a sick sense of falling away from myself. I felt that I should go and see him. I felt afraid that if I didn’t go I would be be punished. I felt I should have that magical reunion.  I should have the father I wanted and needed. As a human being I have compassion. Parkinson’s is a horrible disease and I can only imagine how such an active person as my father who prided himself on his strength must feel. But then I felt anger. Anger that he could have chosen a better way to tell me rather than on a birthday card. Anger that he still was playing the guilt card. Anger that I was letting him hurt me…

So I read about guilt. I read about Toxic Parents. I read about anger. I reflected upon years of terror without going back into it. I stepped away from the screaming child within and looked at her as my adult self and asked her – what do you want?

And that’s when I knew that there was no going back. I said goodbye to my Father a long time ago. The anger has gone. Finally I am beginning to listen to my own voice and not his. I’ve put the card away. I’ve chosen not to respond. I am giving my inner child what my Father couldn’t give me – peace of mind. It isn’t to hurt him or avoid him. It is simply the end of the road.

Saturn along with the Sun represents the Father in astrology and I know he is about to take me on a very intense journey. I intend to work with him by confronting my fears. I am working hard at my writing, building up my confidence. I’m working even harder on those inner voices.

As I send up a prayer for my Father, asking the angels to give him the courage he needs to deal with this illness, I remember one good memory I have of us. I was five years old and we were on a seaside holiday in Torquay. He carried me on his shoulders and I felt invincible.