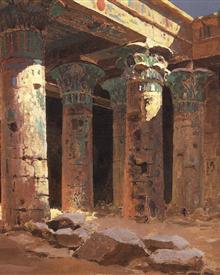 ASTRONOMY
Asteroid 42 was discovered on May 23rd 1856 by Norman R. Pogson of Oxford England.  The name however was given by the astronomer-director of Radcliffe Observatory.  It is thought that the name may have some reference to Pogson’s daughter Elizabeth whose middle name was Isis and also perhaps a subtle reference to the part of the river Thames which is locally known as The Isis in Oxford.

Isis was considered to be one of the Ennead – one of the 9 primary deities of Egypt. She was born on the fourth intercalary day. In Ancient Egypt, the year consisted of 360 days plus 5 extra days at the end of the year to allow the year to catch up with the Sun (much like we today have an extra day added every four years so that our calendar ‘leaps’ to stay in time with our local star).

Daughter to Geb (God of Earth) and Nut (the over-arching sky), Isis was one of four siblings. Her sister Nephthys married their brother Seth. Isis married brother Osiris. In ancient times it was common to retain royal blood lines by marrying within families.

The name Isis has been said to mean ‘throne’ and ‘knowledge’. As Great Mother to All, she watched over the Pharaoh and provided a source of power to the Royal seat. In hieroglyphics, her name was written as ‘throne’. Generally she had a special relationship with woman, being both a Goddess of child birth and Goddess associated with death but she was revered amongst all as a dedicated, faithful, compassionate wife and mother.

Amongst her many tales, two stories stand out. The first is the tale of how she tricked Ra into telling her his secret name which gave her magical power over him. The story goes that Isis created a snake out of the spittle which Ra (the Sun God) drooled as he slept one night. The snake then bit the Sun God. Ra discovered that despite all his magical power, he couldn’t cure himself of the poison from the snake.  This was because the snake was part of him so immune to his own powers. Isis then told Ra she could cure him but only if she knew his secret name. Eventually Ra relented and told her his true name whereupon she cured him but retained the magical knowledge of the Gods and became equal in power to them.

The idea of the snake ‘biting’ the Sun seems to me a symbolic story that explains a solar eclipse.

The other famous tale of Isis concerns the loss of her husband-brother Osiris. Jealous Seth killed Osiris and hid his body in a box thrown into the River Nile. Isis however, overcome with grief at the loss of her husband, searched high and low and eventually found his body. Seth was enraged and proceeded to tear the body of Osiris apart, scattering it across the world.

But Isis would not give up. Her love for her husband meant she scoured the earth until she found all the pieces. Once she had reassembled him, she breathed life into Osiris, made love to him and conceived a child – Horus.

Whilst the details of the story seem to change with different translations, the essential part remains the same. Isis put together her husband and gave birth to a child.

Looking at her name I see the words ‘Is‘ ‘Is‘ – Is is the present tense of ‘To Be’ in the English language. Isis just IS. She contains the concept of just ‘being’. In this sense we see the Great Mother. She is creation, assembling the fleshy pieces of her dead husband O – siris until he is complete, remade and reborn; fertile once again. She is the circle of life and death.

Inscribed on one of the temples of Isis are the words, “I, Isis, am all that has been, that is or shall be.”

ASTROLOGY
Isis is one of the Great Goddesses with a complex history and mythology. Working  with asteroids in astrology, I find they tend to hone in on specifics. Depending on the connections in the chart however and the individuals experience, the myth of Isis may take on a broader tone.

For me personally, the most striking tale of Isis is her determination to piece together the body of her husband Osiris and the resulting child. It is this that seems to echo through the asteroid.

Keywords and Concepts – Collect, collate, assemble, piece together, get it together,  accumulate, unite, compile, jigsaw, a need to bring together scattered parts, seeing the whole in a sum of parts. Magical knowledge, un-dying love, faithfulness, the perfect wife, dedicated mother.

In my own chart, Isis is conjunct natal Mars in the 10th house in Taurus. Realising this was like one of the ‘aha!’ moments that often happens in one’s astrological journey! Whilst I relate to Mars in Taurus in that I work slowly and steadily, my working life is a patchwork of interests and experiences pulled together by love for the things I do. Sometimes I stop and start, pulled in different directions but deep down I know the pieces that belong.

I noticed in the last Full Moon chart cast for London, England, Mercury sat in conjunction with Isis conjunct the Ascendant from the 12th house. This seemed to me a fascinating comment on the current situation with the hacking scandals involving certain tabloid newspapers in Britain. The situation itself is represented by this configuration – pieces of information were gathered in secret to create ‘news’. Lighting up the 12th house of this chart was the Sun, sitting on the Sabian “A meeting of a literary society!”.

Barack Obama has an interesting position of Isis. Nestled between his natal Sun and Mercury in the 6th house, Isis shows Obama is a skilled orator motivating people to work together to improve their daily lives.

Carl Jung had Isis in the 10th house in Scorpio. He made a career out of piecing together the archetypal dream images from the deep unconscious as a psychiatrist; seeking to understand the whole from the sum of parts.

Dan Brown, author of fast paced mystical thrillers has Isis conjunct Mars in Gemini. His most famous novel The Davinci Code sees the hero of the tale piecing together clues to a hidden code which reveal a story of both his own lineage and that of Christ.

For me, Isis is ultimately about union. She sees connections where others cannot or perhaps it is her devotion that continues to look until she sees.

It makes me smile to think that Isis is asteroid number 42; maybe she is the answer to Life The Universe and Everything! Douglas Adams himself had Isis in Aquarius in the 8th House opposite Pluto. When you consider that the computer (Aquarius) was called Deep Thought (Pluto sesquiquadrate Mercury) is it any wonder that he came to the conclusion ’42’? 🙂

HOW TO FIND ASTEROID ISIS IN YOUR OWN CHART
To find Asteroid Isis in your chart go to Astro.com. You need to register on the site but this is free. Once you have joined, enter your birth data in ‘My Astro’ then click on ‘Free Horoscopes’. Scroll down to ‘Extended Chart Selection’. Once you reach the data page choose ‘Natal Chart Wheel’ and change the house system to the one of your choice. At the bottom of the page you will see an ‘Additional Objects’ section. Type the number 42 into the ‘additional asteroids or hypothetical planets’ field then ‘click here to show chart’. Voila!

Resources
Wikipedia – Isis
The Book of the Dead
Astrodatabank

Painting – ‘The Temple Of Isis On Philae Island’ by Vasily Polenov