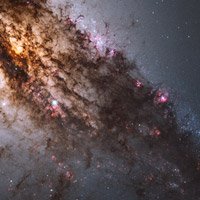 Monday 17th October
Mercury opposite Jupiter – What’s the big idea? Hell if I know but it sure sounds great! Jupiter inflates suggesting the biggest, bestest most fantabulous idea you ever had, then much like an overblown balloon, once the transit passes it just goes ‘pop’!

These two together aren’t inherently bad. In fact, if you can bounce ideas off someone else, you may find that the process gets you really digging into places you haven’t been before, leading to something bigger and better but more grounded in reality. Without having someone else as a checkpoint, the plans you have may be in danger of becoming unrealistic.

There can be an urge to play early trick or treat with Mercury in Scorpio but watch out because the last laugh may be on you! Other people’s sense of humour might not marry with your own whilst this aspect is in play.

The best way to use this energy is to listen to someone else, talk through your plans and remain humble. Jupiter was the old ruler of Pisces, the sign of the disciple and is currently moving through Taurus, the sign of the land. The old farmer has much more wisdom than we give him credit for.

Tuesday 18th October
A quiet day in the cosmos as the Moon nestles in Cancer but woe betide anyone who messes up the house after Mum has tidied up! With Mercury opposite Black Moon Lilith, they may get a tongue lashing. Luckily the Moon’s square stand-off with Uranus occurs in the early hours so the day should run smoothly enough provided everyone does their chores. With the Moon trine Mercury in the early evening, family get-togethers are favoured. Have comfort food at the ready. There’s really no place like home.

Wednesday 19th October
Mercury square Vesta. You may get the feeling that someone isn’t quite as committed as they say they are. Or you may be on the receiving end of someone else’s doubts. It’s true that actions speak louder than words but sometimes sincere words are necessary. Make yours count.

Thursday 20th October
The Last Quarter Moon occurs at 03:30 UT time at 26CAN23. The Sabian Symbol for this degree is “A Violent Storm in A Canyon Filled With Expensive Homes”. This rather ominous sounding Sabian reminds us that humans are nothing in the face of nature.

Nature makes no judgments, has no agenda and no purpose other than re-establishing balance. I listened to a podcast** recently with astrologer Caroline Casey who said that “all a hurricane wants is peace“. It’s a thought provoking concept. Every natural disaster is an attempt of Mother Earth to right herself.

The four walls around you, the possessions you own, the mobile, ipad, iphone, and i-anything else; these things are not you. Deep down we all know this yet it is hard to ignore the lure of a new gadget, a bigger car, a prettier dress. This home I live in feels solid yet I know that Earth will outlast it. The street I live on seems like it will exist forever but one day I will be gone and so will it and the universe will go on.

This isn’t a sad cry of despair; simply a recognition that I play a part in the natural round of life and death. Nature is its most purest expression of itself.

Marc Edmund Jones says of this symbol “Nature ever dramatises man’s unleashed powers, or his ability to rise in supremacy over each momentary crisis. The keyword is INTENSIFICATION.

Energy today is intensified. The quarter Moon reminds us to express the pure essence of who we are. You are capable of dealing with any crisis that wings its way towards you. Express yourself as nature does, with purity and without judgement – your purpose is balance.

Balancing in Cancer is connected to your roots, your immediate and ancient history. Consider the long line of Mothers and Fathers in your heritage: generation upon generation into the distant past; each an act of creation just like you. Celebrate how amazing it is that you are here! Honour your ancestors.

Friday 21st October
Sun trine Neptune – A sweet tinkling swish of a trine sets choirs singing. Past good deeds are rewarded and you are feeling tuned in to the greater pattern. This is a glittery transit that adds a sprinkle of fairy dust for the day. Listen closely to your intuition and dreams. Music can have a profound affect on you. You may be in a suggestible mood so be aware that alcohol can have a stronger affect than usual. Considering it’s the end of the working week, this trine is perfect for a visit to the cinema to watch your favourite hero in action. On a deeper level, if you have been searching for some clarity regarding your spiritual development, things now may become clear. Meditation offers some enlightening solutions.

Saturday 22nd October
Venus sesquiquadrate Uranus. Ouch! Those high heels of Venus are liable to tread on another’s toes today. Venus feels in the mood for some serious together time but Uranus is far more interested in what he’s doing. The motto for the day is value your space and that of others. A little bit of distance isn’t the end of the world and will fuel the sense of anticipation…

Sunday 23rd October
The Sun moves into Scorpio echoing the theme of intensification mentioned with the quarter moon above. This theme is in play until the Scorpio New Moon on the 26th October. Joining Mercury and Venus, this is the time of year when our shadows come into play.

With Scorpio’s rulers Mars and Pluto in a irritated to boiling point sesquiquadrate, people may flip between fight or flight without due warning. Anger is so much easier to show than fear. Scorpio favours truth, even when it hurts but Mars and Pluto may be inclined towards honesty of the brutal kind and this puts everyone on the  offensive.

If you are provoked, note which buttons were pushed. The Sun has just cast a light on your fears. Now is a perfect time to get to know your demons. Look them clearly in the eye.

“Fear is only as deep as the mind allows”.
~ Japanese Proverb