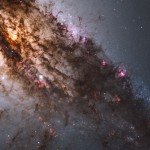 Monday 14th November
There’s a gentle start to the week as the Moon moves into sweet Cancer and Venus forms a conjunction to the North Node. After all the arguments about economics, the have’s and the have not’s, the cosmos is providing an opportunity to just love each other a little more every day.

The Moon in Cancer generally indicates a time to be at home with your family and to strengthen the bonds between you. You may feel nostalgic and find yourself flicking through old photos, giggling at old time fashions. Cancer encourages you to explore your roots and to discover where you feel you belong.

Venus conjunct the North Node brings a pleasant forward momentum. It takes very little effort to smile at a stranger or to say thank you to a cashier. Social niceties are a simple way of showing respect for others and creating a positive atmosphere in which we can all co-exist. This aspect also challenges you to live up to your ideals and set an example to others. Aim for harmony in all things.

Tuesday 15th November
Mercury follows in the footsteps of Venus as he conjuncts the North Node. Where yesterday love, respect and harmony were the key – today it is necessary to engage your mind. Mercury rules how you communicate with others, how you learn, your flexibility and willingness to change according to new information. Along with the Cancerian moon, it may be a good time to discuss how you see life progressing and the road ahead.

On a mundane level, this could possibly indicate a time of crucial negotiations. With both Mercury and Venus conjunct the North node, discussion (Mercury) about money (Venus) and the way forward (the North Node) is well starred.

The only hitch today is an opposition between the Sun and Sedna. This seems to echo the part of the tale where Sedna’s father hits her fingers with an oar to stop her rocking the boat. Her fingers fall to the bottom of the ocean where they become whales and seals. The betrayal by her father causes her death and eventual transformation into Sea Goddess.

But right now I’m hung up on her hands. Mercury rules the hands. Sedna is slowly making her way through Taurus. The Sun is in Scorpio – a sign associated with other people’s money. I keep getting an image of someone’s fingers in the till. Whilst this image may be quite literal in terms of economics, on a personal level it can be read metaphorically.

Check in with yourself where you maybe taking too much energetically from someone or something. Where might you be rocking the boat? Have you got your fingers in too many pies?

Mercury with the North Node suggests that you need to mentally clear the way ahead.

Wednesday 16th November
Mars trine Jupiter activates a grand trine along with Pluto. These three together are powerful but how will you use this energy? The problem with this trine is that it can produce a bit of a lackadaisical attitude. Whilst the planets concerned are strong when used together, the trine has a softening effect making things seem easier than they actually are. The key to this trine is to be consistent. Mars trine Jupiter is about going for your goals, taking advantage of opportunities that come your way. It’s about having a positive go-getting attitude; understanding the wealth of power you have at your disposal and wielding it with due care and attention. Watch, because once you tap into this energy it can inspire great feats of courage – or recklessness. Pluto and Jupiter are planets associated with wealth but that old phrase ‘all that glitters isn’t gold’ is wise to remember today!

Thursday 17th November
Mercury square Ceres. Now that Ceres is squaring the Venus-Mercury-North Node conjunction, all that discussion we’ve been having about how to share our resources and get along with each other better is called into question again.

Ceres is a nurturing Goddess and she is specifically connected to food. The price of food, starvation, malnutrition, how food is distributed and transported, food miles, the nutritional value of foods, good food, bad food, diets – all these issues are brought into play with this combination. Ceres is in Pisces emphasising that we need to be a little more imaginative as to how we approach these subjects.

On a personal level, look to how well you are nurturing your mind as well as your body. Be mindful of the food you eat.

Friday 18th November
The last quarter Moon sits on Sabian “After The Heavy Storm, A Rainbow”. You’ve been working hard so make some time to relax and experience the good things in life. This is a day for gratitude and looking on the bright side. Be open to messages coming through the ether. The rainbow connects heaven to earth opening a dialogue between the two realms. This is an excellent day to make use of the Mars-Jupiter-Pluto grand trine which is still in force.

Saturday 19th November
Mars conjunct Orcus. Orcus in mythology punished those who broke their oath. Be sure to keep your promises because the consequences of breaking them may be greater than you imagine. Mars conjunct Orcus ignites swift justice.

Shortly after Mars meets Orcus, Pluto conjuncts Pawlowia, named after Pavlov – the man behind the famous psychological experiment. This conjunction suggests that it may be all too easy to jump to pre-conditioned responses. Pluto is fight or flight, the instinct for basic survival, brutality and power.

The trouble tends to start when you have fixed plans. Doubts and/or a vague feeling of dissatisfaction can seep between the cracks and somehow your motivation for whatever it was you had planned seems to evaporate.

The trick is to go with the flow. Trying to force the issue isn’t going to work. It’ll just sap your energy. Relax and make time to tune in to what you really desire. What is your true purpose? Go to church or a special sacred place, meditate, listen to music that moves you, sleep, dream. Sometimes you need to get the ego out of the way in order to embrace the God/Goddess within.