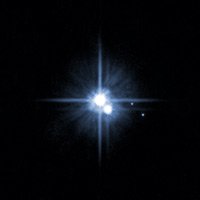 Monday 21st November
Saturn conjunct Hopi, Moon in Libra. The Hopi are one of the indigenous tribes of the United States – a first nation people. Given their name, this asteroid symbolises not only the Hopi people but all those of minority groups and cultures who are oppressed or persecuted for their beliefs or culture.

The name ‘Hopi’ is a shortened form of their autonym ‘Hopituh Shi-nu-mu’ (“The Peaceful People” or “Peaceful Little Ones”). The Hopi Dictionary gives the primary meaning of the word “Hopi” as: “behaving one, one who is mannered, civilized, peaceable, polite, who adheres to the Hopi way.” Wikipedia

The qualities are strongly associated with the sign Libra.

The Occupy Movement has been characterised by the phrase ‘we are the 99%’. In many ways, it is the 99% who have now been oppressed – hardly a minority but the symbolism is eloquent. The call from the movement is above all for fairness and equality between all people and peaceful protest as a way of achieving that. Those protesting have ‘occupied’ land that ‘belongs’ to the government as a way of making their voice heard.

Saturn conjunct Hopi could be characterised by the long arm of authority bearing down on minority groups. It could however also benefit the various groups by offering the energy to become more structured and further defined regarding their goals and methods of achieving them. It also helps that Venus is moving into a sextile to Saturn which perfects tomorrow.

On a personal level, the cosmos today asks you to become aware of your rights as a human being and the values you hold. Honour those who walked before you and cleared the way. Stand up and be counted. You are more likely to be heard through dignified and peaceful protest than by doing a war-dance.

Tuesday 22nd November
Venus sextile Saturn. Relationships have the opportunity to be reinforced. A
responsible attitude and taking things seriously will help bring you a sense of where you are headed. With Venus currently in Sagittarius, remain open to possibilities ahead. Saturn is at his best here as he steadies the more flighty Venus tendencies without clipping her wings.

A subtle shift in energy and perspective occurs as Sun moves into Sagittarius today. There’s a subtle sigh of relief as we are collectively lifted from the intensity of Scorpio and fired into bouncy Sagittarius where you can have some fun! Shoot for the moon, keep your faith.

There is some tension in the air with the Sun’s square to Chiron. If your pride is hurt, acknowledge it then let it go. The trine to Uranus says have faith in who you are and your unique abilities. It’s all to easy to be lead along a road at cross purposes to your destiny if you don’t trust your view of the world. Garner your courage, follow your intuitive hunches and make a creative leap.

Mars trine Pluto offers a massive PUSH to get to where you need to be. It’s a powerful energy that you can tap into. Move forward, don’t let fear get in the way. Mars and Pluto are about kicking your shadows to the curb and just getting on with it! Don’t forget Jupiter is part of this grand trine. Fortune favours the brave.

“Courage and perseverance have a magical talisman, before which difficulties disappear and obstacles vanish into air.”
~ John Quincy Adams

Thursday 24th November
Mercury retrograde – Honestly this guy is a cosmic joker! With all that powerful grand trine energy going on and yesterday’s Sun trine Uranus, you’ve got all the will in the world but the world might not play ball – grrr.

It’s ok, don’t panic! Mercury just wants you to get the bigger picture. It’s about pausing to take in the scenery. If you are embarking on a new project, you need to know where you actually are so that you can plan the route to get to where you want to be.

Friday 25th November
Eclipse season is upon us again. A solar eclipse in Sagittarius occurs at 6:09am. For a full analysis see my eclipse post.

Another aspect which perfects today is Venus sextile Neptune adding a fairytale feel to an already magical day. This aspect will be exact before the eclipse and its energy is fixed into the eclipse chart. The whole day makes me think of the Millers daughter and her battle of wits against Rumpelstiltskin or the tale of Rapunzel as she escapes the clutches of the evil enchantress. But with today’s aspects, no one quite knows where the story will end. I sense a wild card in the mix. Play your part in the story of your life but be prepared for some slight of hand. Stay true to what you believe in.

Saturday 26th November
The weekend is all about Venus! Of course she rather likes being the belle of the ball but as she moves into Capricorn, her manner becomes business-like. Venus in Capricorn likes to preserve what is good and work on the bad to make it good. She’s not interested in partying right now. She’s got her head screwed on and is willing to do her duty whether it’s to her lover or her boss.

Venus in Capricorn has her eye on the goal. She’s in it for the long run and isn’t afraid of the hard work to get there. This transit is the other side of
relationships – the obligations we have to our partner; the work it takes to put aside differences; the responsibilities of a home, bills, children; the commitment to love into old age and tend to the other when they are sick. Venus in Capricorn loves the reality of her life. If she doesn’t, she commits to finding a way to get there.

Sunday 27th November
She’s a busy lady today. Venus squares Uranus, sextiles Chiron and trines Jupiter. She’s irritated by those who can’t connect yet she wants a bit of space. She thinks she’s seen a good bargain but it turns out to be a dud. Venus and Uranus clash in unexpected ways. It’s wise to curb impulsiveness, especially with cash or in your relationships.

Chiron offers the key here. If you’re too focused on what you want, the differences in your wants and needs with others suddenly feel unbridgeable. Chiron is about accepting difference. Accept your weakness and you’ll find it much easier to accept the weaknesses of others. The trine to Jupiter says relax! Open your heart and keep an optimistic frame of reference.