“Mary And Her Little Lamb”

Mary had a little lamb, whose fleece was white as snow.
And everywhere that Mary went, the lamb was sure to go.

In the last verse, when someone asks why the lamb loves Mary so much, the answer is – because Mary loves the lamb. This Sabian speaks of innocence and unconditional love. There is also perhaps a biblical reference here – Mary, Mother of Christ and Jesus, the lamb of God sacrificed for the sins of mankind. Mars slows down on this degree almost as if peace stops him in his tracks. Is Mars reflecting on whether this is even possible? Imagine the great warrior pausing mid bloody battle to witness a child cuddling a soft white lamb. Imagine the burnt out executive watching his toddler play happily with an empty box. The image is as poignant as it is gentle. It reminds us of childhood, of times past and an almost unrealistic ideal. But Mars is urging us to recall that time of innocence. Mars reminds us quietly what we are fighting for – or rather, what we should be fighting for…

Mars turns direct on the Sabian

Children have much to teach us. In a world strangled by man-made religious and cultural divides, this image reminds us that we are all simply human. What could the world be like if we put down our weapons and just embraced each other? Young children tend to see more similarity than difference, naturally seeking to bond and communicate. Unless otherwise indoctrinated, they seem to naturally overcome fear with curiosity. To me this Mars retrograde is about getting the details right. Are we fighting for the future, our children’s children? Are we serious about protecting each other? Can we lay down our weapons? Can we fight for what is right from a place of love instead of hate? Mars is urging us to overcome our prejudices, our criticisms of another’s ways and beliefs. Essentially we are all children of the divine. It’s time we learned to play nice.

Mars travelling through my 2nd House – Warming up… 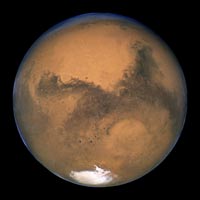 I can’t say I’ve taken much notice of Mars transiting my 2nd house since late November last year. But in the last week or so, he’s making an impression; almost as if the energy intensifies as he slows down. I’ve found myself extremely focused on certain projects, working late into the night. I’ve changed ISP after I expressed my annoyance at being on a rather expensive plan when the sister company provided something much better. Consequently I now have more bandwidth for a cheaper price – both welcome resources (2nd house!). I’ve become much more organised (Virgo) since being introduced to Trello.com which helps me to work more efficiently. Finally I discovered my old PC was capable of super speedy browsing after changing to Google Chrome. The speed is another important resource considering I spend much of my time researching and writing on the internet for Lua.

Mars retrograde in Virgo suggests that this is a fine tuning exercise. It’s the opportunity to critically examine that which consumes your energy. It may also show how anger manifests in the body through disease, illness or accident. Mars can have a tendency to gloss over details when he’s in a hurry so the retrograde is rather like putting him into strategic mode, planning his battle moves rather than striking out. Virgo is also the immaculate sign, a perfectionist attuned to spotting the finest of details. Virgo, associated with the hermit in the tarot, is also about apprenticeship; being willing to learn the skills necessary to proceed with a strong measure of humility. Mars in Virgo is also about following through. It’s likely that you will learn something about efficiency during this phase, what works and what doesn’t.