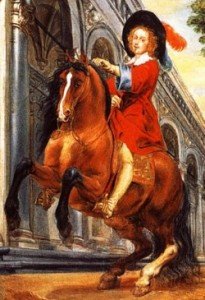 Mars has a way of coming alive, like first shoots or spring flowers suddenly erupting into bloom. He bursts into the room shouting “where’s the fire?” or perhaps “where’s the fight?” He’s ready to kick some butt, gunning for action, wants to get going, is all fired up. So when Mars retrogrades, it can feel rather like the rug being pulled from under your feet.

Just a couple of weeks before the station retrograde, the Sun makes a trine to Mars. During that time it can feel like everything’s going well, you’re on the home straight, it’s all up and running. So when he puts on the brakes and reverses, it can trigger a lot of frustration, not to mention possibly knocking you off balance for a moment.

By looking to the house through which Mars is currently transiting, you can see which area of life may be affected by the retrograde. After the initial stop, as Mars begins to move backwards, so your attention may be drawn inwards rather than outwards. What seemed to come easily beforehand may now seem difficult. Where there was fast progress, now it feels like driving in first gear. Your passion for a project or person may wane, your enthusiasm evaporate. You may feel like giving up the fight, backing off and letting someone else take over for while.

These ‘negative’ manifestations aren’t there just to tick you off. The purpose behind it is to slow you down a little and encourage a little more reflection on your actions.

” the station and retrogression of Mars will not necessarily mean that all activity ceases, but that change precipitates a period of reactive rather than active experiences…There may be no need actually to stop what we are doing, but more conscious introspection and contemplation is usually required” p. 323 Retrograde Planets: Traversing the Inner Landscape by Erin Sullivan

Retrograde Mars may also trigger conflict but this tends to be things that have been at odds for a while. Mars brings them to a head. Conflict tends to block, slow-down or muddy the way ahead so it’s important that a resolution is made whether it is with another or with yourself. Internalised hostility and aggression can also seep out into other areas of your life manifesting as depleted energy, procrastination, lethargy, depression and misdirected attacks on others.

The prime time for conflict resolution tends to be when Mars opposes the Sun. The position of the Sun and Mars in your chart during the opposition and any aspects they make to natal planets or points may help you to identify the areas of life concerned. Note that Mars won’t make arguments happen out of nowhere. He only tends to disrupt when frustration is already present. Remember, he’s clearing the path. Mars opposite the Sun seems to ask:-

Are the things you are taking action on (Mars) aligned to true purpose (Sun)?
Are they taking you in the right direction? Have you discovered your passion?
Are you asserting your right to be who you are?
Are you fighting for your rights?
Are you allowing others to ride roughshod over your destiny?
Is your anger at what could have been keeping you from what could be?
Do you have the courage to create?

Mars opposite the Sun turns up the heat!

Once this aspect has past, you feel a sense of release. Whilst Mars is still retrograde at this point, you are probably clearer about what action you need to take next. The time after the opposition is quieter, like boiled water slowly cooling, the calm after the storm. As Mars stations direct, you’re revving the engine. When Mars once again trines the Sun, it’s like motoring along a country road with the hood down, shades on, music blaring from the stereo.

Painting – Details from ‘Levade performed under the auspices of Mars and in the presence of Mercury, Venus and a squire’ by Jacob Jordaens