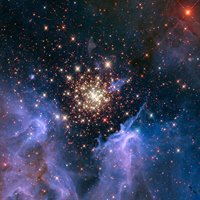 This week, we begin the first in a series of 7 exact squares between Uranus and Pluto. This series will complete in 2015.

Now and Then (or ‘stop the world I want to get off!)…
I watched the news yesterday. I don’t often do it because I know how rattled it makes me. I prefer to read my news on the internet, interspersing horror headlines with inspirational stories that get lost under the weight of everything else. But yesterday I sat and watched as the relentless storm of ‘bad news’ blared from the television set.

I learned that medical charities who normally work in the third world have set up camp in Greece because the austerity measures have cut the budget so badly there that health care is at a minimum. And yet I know there are billions and billions and billions of pounds in the world, numbers at a screen that can be added to or taken away from at the touch of a button. I see companies falling over themselves to get customers through the door but appalling after care or products. No one wants to admit fault, everyone is terrified of being sued. I found myself casually wondering how many people there are in the world and how much money is there? Why can’t we just press a button, wipe the debt of every person and country on the planet, divide the money per head and start again? Or better still, maybe we can create a new structure, a radical new system where money isn’t in the equation – where human potential on a personal and collective level is cultivated and optimised for the benefit of all.

As we begin the first of the 7 squares, Greece has just voted to stay in the Euro and Egypt has voted in a new president. The Arab Spring began as Uranus entered Aries – the momentum of revolution snowballed. Since then we have seen marches and riots worldwide, businesses fold, high unemployment, huge stock market uncertainty and an ongoing Euro crisis that is far from being resolved. Today, banks in England face being downgraded and a weird glitch in the system caused millions of customers to be unable to access their bank accounts.

The 1930’s
I noticed an interesting article in the Financial Times (no I’m not even going to pretend that I read this paper regularly!) that compared what is happening in Greece to what happened back in the 1930’s. It caught my attention because the last time Uranus and Pluto were square was (surprise, surprise) in the 1930’s. These were the years of the Great Depression after the stock markets crashed and the rise of Hitler. Japan and China were at war. The 1930’s also marked a period of extreme weather with high temperatures, severe drought and freezing cold winters. Uranus square Pluto in the 1930’s gave us Buck Rogers, the first sci-fi series to be aired on the radio, the Flash Gordon comic strip and the enduring novel Brave New World.

Pluto himself was only officially discovered two short years before the square from Uranus. It’s almost as if by recognising him, we as a race took his energy and symbolism into our unconsciousness. Or perhaps it was only then that we could begin to deal with what he represents…

The 1960’s
Shift forward three decades and Uranus and Pluto formed a conjunction. There were three conjunctions during the years 1965 and 1966. The first took place on the Sabian A Ouija Board. Dane Rudhyar notes that this represents “The ability to contact deeper recesses of the unconscious psyche and sensitiveness to psychic intimations and omens.” The phrase for this symbol is Inner Guidance. The 60’s were famous for psychedelic drugs and music, movements towards Eastern philosophies and a need to tap into the unknown.

The last two conjunctions of that period took place on the Sabian A Volcanic Eruption. Rudhyar uses the keyword ‘Explosion’ describing it as “the explosive energy of long-repressed contents of the subconscious.” The 1960’s marked the era of ‘counterculture’ where people rebelled against materialism and conservative norms, favouring working for peace, self expression and sexual (Pluto) revolution (Uranus). Under the Uranus-Pluto conjunction we saw the rise of the anti war movement, feminism and gay rights – certainly it seems these themes are echoing in the present day along with a fierce fight against financial mis-management by the powers that be across the world.

The First Square of 2012 – Sabian Symbols

The first of the squares on the 24th June 2012 will involve the Sabians: –

Both of this Sabians seem to encourage us en masse to turn to our spiritual side in order to deal with the changes and tension which is occurring. A crystal gazer brings up the image of a gypsy staring into a crystal ball, divining the future. It connects to one who sees the bigger picture and who is connected to a higher order. Rudhyar says this Sabian is about “The development of an inner realization of organic wholeness.” Uranus then is asking us to have a higher vision, to tune in to the bigger picture, to act on messages from the universe/creator and the flashes of inspiration that bring a sense of clarity despite confusion here on Earth.

The symbol of an angel carrying a harp combined with Pluto, makes me think of the concept of life and death, the existence of the soul, our own divinity regardless of spiritual or religious path. Pluto then, is intent on stripping away those things that block our connection to the divine. Rudhyar uses the keyword attunement and says this symbols is about “the revelation of the spiritual meaning and purpose at the core of any life situation.”

Squares typically force change by presenting conflict whether internal or external – usually a bit of both. Uranus and Pluto are asking us to tune in to our spiritual nature, forcing us inwards to force out the collective psychic debris. Radical revelation is possible.

Transiting Uranus square Pluto in the personal chart
As transpersonal planets, this square will have an effect on us en masse however we also need to look to our own charts to see how this aspect may play out in our personal lives. If Uranus or Pluto are aspecting any of your natal planets or angles (particularly by conjunction, square or opposition), it is likely that you will move through a period of radical change over the next few years. This doesn’t have to be ‘bad’. In astrology, I find it best not to interpret aspects as ‘good’ or ‘bad’. They are what they are and how they manifest often depends on how you choose to work with and respond to what the universe is offering. Even if Uranus and Pluto aren’t
currently aspecting your natal planets, it can help to look to see which houses they are currently transiting. Pluto will show where you are going through a process of transformation and the area of life which needs elimination and change. Uranus shows where you need to ‘wake up’; where you need to introduce a new perspective; where you need freedom of self expression.

I’ll give you an example – Pluto is currently travelling through my 6th house. The emphasis then is on my health, daily life and my job (as opposed to career). Without a doubt, my part-time day job has to go in order to both protect my health and free me from a routine which blocks further progress – particularly with my writing. I need to be aware of the niggling health problems I have and take care of my body better, eliminating those things which damage me.

Uranus in the 9th shows I need to get away (literally) possibly abroad (yes please!). Symbolically it shows me writing about and studying astrology but also on a much deeper level suggests that I need to re-examine my beliefs about what is possible. Uranus transiting the 9th suggests that I may have been holding on to certain points of view which no longer serve me. Uranus will shake them up and show me where a different perspective is necessary. Uranus may lead me to other faiths, cultures and ways of thinking to free my mind.

Whilst the world may seem at times to be falling apart, the Sabian symbols of this first 2012 square ask us to turn within. In each of us there a heart of stillness, a burning star connected to all others, a shining brilliance that knows the answers we seek, a quiet knowing voice. If there was ever a time for ‘be the change you want to see’, it’s now.

Other articles on Uranus Square Pluto
I have been reflecting upon this particular aspect for some time and in the process have read some brilliant posts from fellow astrologers. I thoroughly recommend the following articles to gain a deeper understanding of this cosmic clash.

Raymond Merriman offers the brilliant article he wrote for the Mountain Astrologer for free to download on his website. An absolute must for those interested in and concerned by the world’s financial stage.
Uranus Square Pluto – The Consequences of debt Explosion

Jamie Partridge from Darkstar Astrology examines the history of Uranus and Pluto aspects and takes a look at the chart of the first square and its fascinating fixed star connections.
Uranus Square Pluto

Eric Francis over at Planet Waves links in the conjunction between Uranus and Pallas Athena in the first of the squares and discusses Uranus as Prometheus.
Pallas Athene, Uranus-Pluto and the fire of the gods

Beth Turnage at Astrology Explored has written two out of a series of three articles exploring the history of Uranus-Pluto connections beginning with the conjunction.
Astrology and History: Uranus/Pluto Conjunction – Breaking the Vessel, part 1

Lynn Hayes from Astrological Musings presents some thoughts on what effect Scottish Independence may have on the wider financial markets.
Uranus Square Pluto – Will Scotland Secede