I heard about the bombings yesterday via Facebook when an astrologer asked what time they had occurred. I quickly skipped to the news and then spent the next hour glued to the reports of horrific injuries and loss of life.

Nothing can justify or truly explain what has happened but it is in my nature to want to understand. My way of trying to understand is through astrology.

In the last New Moon chart I noted “The problem is that Mars is conjunct Eris shortly before the New Moon which brings a compulsive, competitive edge to this lunation. It’s every man for himself if this position.” Now we are just over a week away to the beginning of eclipse season where light becomes dark and the unexpected happens. Sometimes events occur before eclipses. 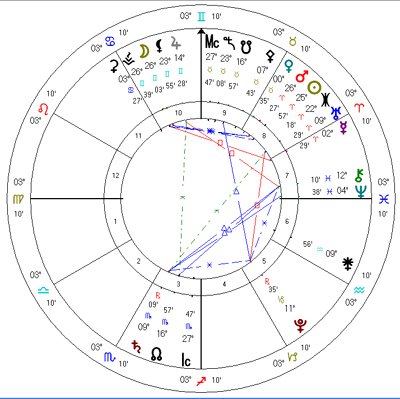 The Boston Bombings chart is set for 2:50pm local time. Straight away I notice the packed 8th house with the tight Sun-Mars conjunction taking centre stage. The Sun is also the ruler of the 12th house which represents ‘hidden enemies’. Not only is the 8th house associated with death and criminality, it is also connected to taxes. The 15th April is the deadline for tax returns in the US. Eris (who has a disruptive quality) and Uranus (shocks) are nearby. Mercury, ruler of the chart is conjunct Uranus although just outside of the 8th house border.

I notice that asteroid Orcus (a trans Neptunian object) is directly conjunct the Ascendant. Orcus is named after a God of the Underworld who was ‘the punisher of broken oaths’. With Neptune lying on the Descendant opposite, it makes me think that the person or group who committed this terrible act feel justified in their actions – like they are meeting out punishment. Neptune in itself could be said to represent the deception that took place in order to lay the bombs and at the same time, the delusions of those responsible. Chiron laying close could quite literally be read as wounded by the delusions of another.

Neptune also warns that nothing is as it seems right now. There is a great deal of confusion and this can be used rightly or wrongly to play on the imagination of the collective. Jupiter, co-ruler of Pisces is also conjunct asteroid Chaos (and in Gemini this could even be seen as media chaos). I see Mercury square to the Moon and wonder if there’s some misdirection going on. Perhaps it is necessary in order to give the FBI time to get to the bottom of it, or perhaps it is something more sinister…Mercury is so close to the 8th house and tied to the Ascendant by a quincunx, it makes me think that this maybe a native/domestic issue. Mars as ruler of Aries is the big ‘I Am’. The Ascendant represents the self. It makes me think of that phrase ‘cutting off your nose to spite your face’.

The Ascendant is on the Sabian Symbol :-
Black And White Children Play Together Happily.

With both in the 8th house, these symbols immediately make me think that there is also an issue of the sharing of wealth. And a little piece of me wonders about conspiracy theories and whether someone, somewhere has made this happen precisely to put the blame on someone else to keep the ‘wealth’ where it ‘should’ be, to deflect attention.

I’m back looking at Neptune who is conjunct asteroid Medusa. Her cold eyes turn people to stone – desensitised, de-humanised.

It reminds me of how we have become desensitised to the shock of death until it comes calling at our own doorstep. Perhaps Neptune is reminding us to never stop feeling, never stop empathising with those who are harmed at the hands of madmen. Because we are all connected – yes, even to the people that did this, whether we like it or not.

I can remember the shock of sitting bolt upright in my bed when the Manchester bombings occurred in 1996. I live a mile away but the bomb blasted me awake. For some, they deal with this every day.

We have to keep hoping that we, the human race, can be better than this.

Looking back to the chart, I notice that the Moon is conjunct Vesta – Goddess of devotion. How can we hold a candle to each other? How can we offer the hand of friendship to an enemy? How can we keep that inner light alive when so much darkness threatens to engulf us?

These are the questions I find myself asking because like anyone, I also initially reacted with horror and a string of expletives and a violent overwhelming feeling of just wanting to destroy whoever did this. Yes, I feel that and more. I felt it whilst I watched the scenes unfold. I felt rage that a child died.

But when I felt rage, I switched the news off. I turned within and said a prayer because darkness cannot combat darkness. You just get more darkness.

Vesta holds her flickering candle. It’s wavering in the wind but the light is still there. After the grief, after the rage, after the horror, after the healing – it is up to us to light each other’s candles so that we may all become light.