A lunar eclipse can be best thought of as an amped up Full Moon. Much like solar eclipses, the energy of a lunar eclipse can take us by surprise. Often a lunar eclipse plays out in our interactions with others due to the nature of the Moon-Sun opposition. There may be surprise decisions made (or made necessary). As the Earth’s shadow passes across the Moon, we may get a strong sense that a missing piece of the puzzle has just completed a picture – but the picture now looks quite different from how we imagined it to be! You may need to let the dust settle to be truly sure of what you are seeing before making any irreversible decisions.

The Aspect Picture
The lunar eclipse is trine Neptune, opposite Mars, conjunct Saturn, trine Chiron and opposite Venus.

Mars and Pluto are both rulers of this eclipse.

What is immediately noticeable is that both the lights are conjunct the traditional malefics Saturn and Mars. There’s a sense of this eclipse having the quality of a test, a test of patience. With the Sun conjunct and parallel to Mars and Mars being the co-ruler of the eclipse, it’s as though all systems are go, go, go but the lights are suddenly on red! It’s an echo of the Lunar Saros 112 first chart which contains Saturn and Mars conjunct. 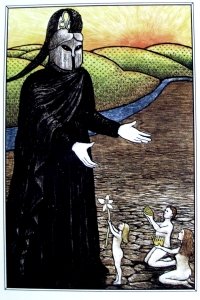 A Scorpio eclipse tends to work deeply, digging at the dirt, extracting bones. With an opposition to Venus, it may be distasteful but sometimes it’s necessary to see what has been left behind. It may not always be pretty but the remains can provide you with fertile soil to seed with future experiences.

Perhaps things that were buried come to light. The Saturn conjunction to the eclipse brings reality up close and personal, triggering your defences. It’s a delicate dance with the trines to Neptune, Chiron and Vesta. Somehow you need to keep the faith, to trust in your inner light and all that is beautiful when the world around you feels hard and cold. Reaching out to others to help and being gentle with yourself will go some way to off-set the more difficult feelings this eclipse may provoke.

I’m hearing the word ‘forgiveness’ as I study the chart. It’s rippling out from the trines to Neptune and Chiron and also from a Venus sextile to Chiron. Examine your barriers and boundaries. If they are set too high, what or whom do you need to forgive? Can you forgive those who took advantage of you, hurt you, betrayed you? It’s not about ‘letting them get away with it’. Forgiveness doesn’t have to be forgetting nor about letting yourself be walked over. Neither is it about forcing yourself to think loving thoughts to someone who was violent or otherwise abusive to you! It’s about letting go of the pain of being hurt and ultimately, letting go of the hold that hurt has on you. Forgiveness can sometimes be about firmly acknowledging that you weren’t to blame. Forgiveness can be about forgiving yourself.

Conversely where were you too quick to forgive? Where did your boundaries blur in favour of someone else who ultimately wasn’t worth your time or energy? Let go. You’ve learned a lesson – even if you learned it the hard way. Give thanks that you eventually saw the light. 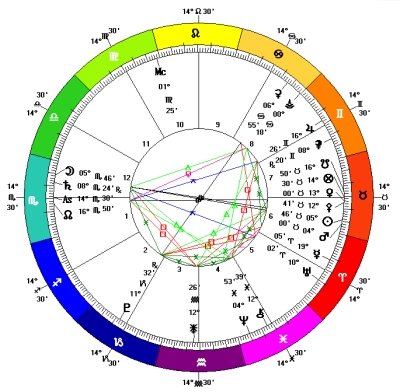 Scorpio is the sign connected to the dissolving of boundaries through sexual bonding. Under this lunar eclipse, it may be useful to explore any barriers you have towards intimacy. Saturn’s proximity to the Moon in this chart is a chance to see how much you have grown emotionally over the years and gives time to reflect upon what you may need to remove in order to mature further. It can however, feel cold, too old, too tired or just too caught up in work to bother! Saturn’s transit through Scorpio is asking us all to address the fears we have when it comes to being naked – both physically and emotionally. Co-ruler Pluto is trine the Sun and Mars so passions are there but they may be eclipsed by more mundane needs at the moment. It’s the quality, not the quantity that counts.

The Sabian Picture
The eclipse is on the Sabian symbol :-

The Gold Rush Tears Men Away From Their Native Soil

There seems to be two sides to this Sabian. Bearing Saturn’s proximity in mind, I find myself once again thinking of how sometimes just the need to survive and get on with the work that needs doing takes you far away from your sense of self. On the other side, the ‘gold rush’ is full of promise of better days to come, of hope, of new life. The trouble with this Sabian is that of course ‘;all that glitters isn’t gold’ and Saturn knows this very well. He’s been there, done that and discovered that it’s damn hard work.

When things are hard going, when life feels in a rut and it’s all just work, work, work, we all want to run away and start a new life somewhere else – one that promises to be better than what we have where we have more money, love, security and so on. It’s true that every now and then, it’s worth taking the risk but not at the expense of leaving yourself behind.

The Asteroid Picture
The lunar eclipse is trine Ceres, trine Vesta, square Juno and opposite Pallas.

Both the Sun and Moon are square Juno who is currently in Aquarius. Juno is associated with marriage/long-term partners. The square from the eclipse suggests that you may be more aware of any distance between you and a loved one. The challenge is to see how you can close the gap yet for each party to maintain some autonomy and independence. Pallas also could help here by helping you plan a strategy which works for both of you.

The trines to Ceres and Vesta makes me think of how to feed your love whether it is for a partner or people in general. With this Scorpio eclipse, it comes back down to being willing to get your hands dirty in order to reap the benefits of a warm and loving relationship.

Questions and reflections for the lunar eclipse
Do you have fire in your belly – Is it fuelling your motivation or burning you alive?
Look at where you feel restricted or inhibited, particularly in areas such as intimacy and creativity
Have you allowed your work to get in the way of your emotional life?
Can you forgive others or let go of the hurt they caused you?
Can you forgive yourself?
Are your boundaries strong and supportive?
Can you accept what you already have rather than yearning for more?
What is coming to light that you’d rather not see?
How can you use your past experience to fertilise your present?
What aspects of yourself do you freely share with others?
What parts of yourself do you tend to keep private?
What secrets are you holding onto?

BIRTHDAYS AFFECTED
If your birthday falls in the following dates, the eclipse will be strongly aspecting your natal Sun.

Any planets falling between  4 – 6 degrees of a sign in your natal chart will be triggered by this eclipse, particularly those in Scorpio, Taurus, Leo and Aquarius as shown above.