I still remember my Grandmother talking of the Whitsun holidays and the Whit walks that took place in the local town. Years ago, Whitsun marked a bank holiday weekend but these days we have a Spring Bank Holiday at the end of May instead.

The Christian festival of Whitsun falls on the 19th May this year and whilst I’m not Christian, I love the symbolism of the festival. Whitsun is another name for Pentecost which marks the descent of the Holy Ghost upon the

apostles of Christ. The disciples then went out preaching the story of Jesus and it was this that gave birth to the Church. Traditionally, maidens dressed in white would accompany the many people walking through their towns and villages on Whit Sunday and it was seen as a time of celebration and merriment. Whit Sunday is also when many baptisms take place. Whit is short for ‘white’ but it is also suggested it is short for witness. Those out on whit walks are ‘witnesses’ to the power of the Holy Spirit. With the young maids dressed in white and carrying flowers, there is certainly a sense that Whitsun is rooted in older Pagan festivals.

The week begins with a conjunction between Mars and the South Node on the 13th May. I experienced this in my own chart as a transit from the South Node passed over natal Mars early in April. In my diary I wrote “I’m angry about everything today”! I had a migraine, then crashing fatigue then the heaviest cold I’ve had in a good few years and yes I felt burned out.

Mars conjunct the South Node brings up issues of old anger. Should you act or do nothing? Resolutions and rest are needed in order to motivate yourself for the journey ahead.

Whilst all this is going on, on the 14th May, Venus moves into a square with Neptune and suddenly you don’t want to deal with all the nasty stuff. It’s a typical ostrich aspect where you want to stick you head in the sand until all the bad things goes away. Escapism and self-deception are common traits of this aspect so the urge is to stay in a compassionate zone and allow yourself to see the big picture without judging. 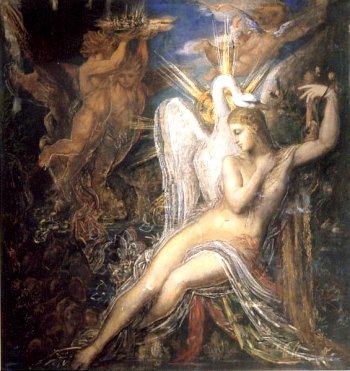 Mercury moves into its own sign of Gemini on the 15th May. The constellation Gemini is made up of the cosmic twins Castor and Pollux. Zeus seduced Leda in the disguise of a swan. The boys were born from an egg, one mortal and one immortal. When mortal Castor died, Pollux pleaded with his father for them to be together. Eventually an agreement was made that Pollux would give up half of his immortality to share with his brother. One would stay in Olympus and the other would live on Earth (or in Hades – the story varies). Then they would change places, meeting in the middle to catch up and discuss their experiences.

This is the duality of Gemini. With Father Zeus in the form of a swan, they are given wings to travel the heavens yet also must explore human life. With half a mind on the spiritual experience and half on the human experience, Gemini finds it difficult to bring the two together. Ruler Mercury also has an access all areas pass as he flits between the heavens, Hades and humankind carrying messages between the Gods and Man.  Much like the descent of the Holy ghost in the Christian celebration of Whitson, this week offers an opportunity to make the connection between your spiritual self and your physical life. Mercury carries the message from one firing neuron to another,sparking to life a new line of understanding. To understand you must be willing to hear both sides of the argument, to release your need to defend (Mars conjunct the South node) and allow a new perspective to emerge which unites you into wholeness.

Asteroid Demeter eases into Taurus on the 16th May. By connecting with Earth you can also connect to the heavens. Here Demeter is asking you to recognise that everything is alive – all of nature teaming with the spark of life and divine consciousness. Stretch out on the grass and gaze up to the sky above to give you a sense of connection between ‘above’ and ‘below’.

On the 17th May, there is an irritated sesquiquadrate between the Sun in Taurus and Pluto which seems to hark back to the beginning of the week with Mars all uppity about something and nothing. There’s a lot of pushing and shoving going on here where nothing seems as it ‘should’ be. But ‘should’ needs to be changed to ‘could’ in order to reclaim your power. Try it, change it – use Mercury in Gemini to change your internal language to something more positive.

The waxing quarter Moon on the 18th May is on the Sabian symbol “Many Little Birds On A Limb Of A Big Tree“. The Moon is in Leo.  Here we have the chatter of many voices, the opinions of others pulling your attention this way and that. Perhaps it’s your own internal Castor and Pollux arguing about who’s right and who’s wrong. Either way, we are moving to the last eclipse in this current eclipse season and with the Lunar eclipse on the 25th May being in Sagittarius, some agreement needs to be made so that you can sing your song loud and clear.

The week ends with an opposition between the Moon in Virgo and Chiron in Pisces on the 19th May – Whitsun. Once again we have a tale between the world of work and daily life (Virgo) and the world of spirit (Pisces). You are a spirit living an earthly life and therefore you can be open to all experiences of both. One does not have to be at the mercy of the other. Unlike Castor and Pollux, you do not have to live in a duality where one world is substituted for the other. In order to heal, there is a need to reconnect emotionally with your body. When Demeter entered Taurus, I suggested laying on the grass looking at the sky. Now, it’s about seeing the earth and sky within you. You are part of both and they are part of you.

The week’s theme then is about welcoming back your spirit – embrace your own holy ghost. By settling internal conflict, you are able to find your voice and walk your talk.