On my walk home one day last week, I spotted a beggar huddled into a small supply doorway. She had her head down and held out a plastic cup to collect change. A slight change of angle as I walked past and I could see that she was an elderly women, easily into her sixties and possibly Romanian from her features and clothes. My heart ached and the single pound coin in my pocket found it’s way into her money cup. She looked up and beamed a smile so genuine and so brilliant I wanted to bust into tears. She thanked me, bowing her head towards me. Her face was so kind.

Many years ago, I used to busk the streets of Manchester, always with my dog who loved our singing days together. When it got cold, I would force my numb fingers to play to get enough money for us both to eat whilst she peaked out from her nest of blankets and hot water bottle with smiling eyes. One year at Christmas, a nun came along and gave every beggar and busker in town that day a crisp £10 note. I will never forget the gratitude I felt towards her as she lent down to put the money in my guitar case.

In those times I got to know many of the beggars as well as other buskers. Some were best left alone, some best avoided but many were just good people who had fallen on hard times. There was one old alcoholic who could barely string a sentence together but he always came over to pet my dog (who adored him!) and offer to share his food with me. He had nothing but still he would share what he had. Another beggar who played the spoons with amazing talent, turned up one day with a battered old guitar he’d found and gave it to me.

This week we have a distinctly watery feel as Venus moves into Cancer along with two grand water trines. Venus moves into Cancer on the 3rd June which coincides with the first of the trines being formed between Mercury and Neptune. On the 4th June, Mercury then trines Saturn, completing the first grand trine. Mercury-Saturn-Neptune is about communicating with compassion, being a messenger for peace. It may be about making new connections in order to bring peace into your own life or into the wider world. Perhaps it may manifest as turning your artistic inspiration into something tangible which is a message in itself. 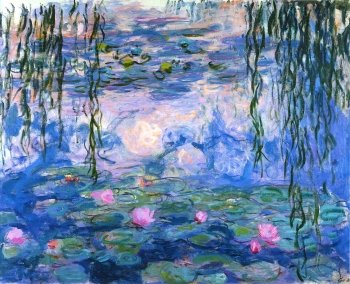 Neptune then turns retrograde on the 7th June and on the same day, Venus steps into Mercury’s place and continues the grand water trine dance. Venus is the lower octave of Neptune, so now it’s about really living your values and showing unconditional love to all. Venus too reminds you of all that is good and beautiful in the world. Make a point of noticing the positives this week. Pay it forward if you can.

The grand water trines bring an opportunity to stabilise emotions and give a sense of understanding what it feels like to walk in another’s shoes. Venus in Cancer alone finds great reward in the act of care and affection. This is a nurturing love that allows the beloved to grow their own way whilst under the watchful eye of mother bird. As Saturn and Neptune draw closer towards the trine between them, it’s time to take a chance on love and build upon our connections. Venus also is perhaps giving us a taste of things to come as we build towards the grand water trine in July when Jupiter, Saturn and Neptune will all be playing their part, ushering in a time when en masse we can work to transform this world with love and understanding.

With Neptune turning retrograde this week, it’s time to re-assess your part in the big picture. If you’ve felt disillusioned, Neptune’s regression gives you a chance to re-connect with your soul. With all this flow of feeling in the heavens, it’s about listening to your gut instincts and letting your heart tell you what to do next. You may find yourself feeling confused, as if nothing is real and everything is just a smoke screen. In this case, get in touch with beauty – go into nature, check out art, books, videos and causes that move you. Find what you love because this will allow you to connect with your heart. The heart knows what to do!

On the 8th June, we have a New Moon in Gemini on the Sabain symbol “A Large Archaic Volume Reveals A Traditional Wisdom“. This is ancient wisdom in all its forms – stories your Grandmother told you, the Bible or other sacred texts, ancient mythology, fairy tales, tarot, astrology, the Akashic records. Whilst Neptune calls to you to listen to subtle messages in the ether, the New Moon reminds you that information comes in many forms. Try a little bibliomancy – it can be very enlightening!

This week, do what you can to go with the flow. Look to the water sign houses in your own chart. These are the areas of life which are now offering you some stability and harmony. Some course correction may be necessary but know that compassion is your compass.