This morning I woke up with a real sense of panic. Anxiety is my companion. It nips me from the inside when I procrastinate and sometimes bites hard just for the hell of it. Sometimes I’m paralysed by fear trying to avoid the bites from the inside as well as the snapping teeth of the outside world. My fears can be overwhelming and exhausting but still I don’t give up. Still I don’t give in. There’s a little light that burns inside that whispers ‘keep going’. I thank the Gods for a natal Sun in Taurus that is stubborn beyond comprehension!

And this week, it seems to be all about the light – the light inside and outside. As we flow towards the Summer Solstice (and Winter Solstice for those down under), it’s a time to reflect and then to move forwards.

On the 17th June, there’s a burst of energy from Mars as he makes a sextile to Uranus. This fabulous aspect gives a thrill of inspiration. Woohoo – I CAN do this Mars shouts as Uranus zaps back playful sparks. When these two get together, it’s time to get outside the box. If it isn’t working for you, change it! Shake it up a little. It’s insane to do the same thing over and over and expect a different result *note to self!*. This aspect is about having the confidence to try a new method.

Pay attention however because on the 18th June, Mars makes a conjunction to Phaeton. Now, Phaeton was the little tyke who told his Dad he wanted to drive the chariot of the Sun, then crashed it! The influence of these two together can trigger a compulsive urge to do something whether or not you are actually ready for it. Whilst the influence from Uranus offers some fabulous propulsion energy, you still need to stay aware of where you may need a little more practice. Keep your eye on the prize but proceed with baby steps. 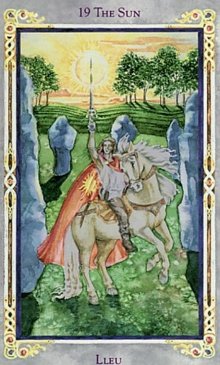 The Sun and Jupiter meet in Gemini on the 19th June. This lovely positive vibe could be used to explore your own hero’s journey. What is the story you are telling to yourself? Are you moving towards that happy ending? The Sun and Jupiter show that confidence comes from self belief but keep Phaeton in mind as Jupiter can also tend towards over-confidence.

A shadow falls on the 20th June with Mars creating a stressful square to Chiron. You may lose motivation through fear that someone might disapprove of what you are doing or that somehow the end result will be a pale imitation of what you have in your imagination. With Chiron in Pisces and Mars in Gemini however, there’s a deep soul calling to just get it done! The stress of the square is relieved when you accept minor imperfections in order to move forwards and allow for the fact that you can’t please all of the people all of the time.

The Solstice occurs on the 21st June. Back in 2009 I wrote that the solstice “…symbolises the time in the year when the hero’s journey is clear. He stands still to truly see how far he has come, what has happened and what might happen next. Solstice is a time to pause and take stock on your own hero’s journey unhindered by shadows.”

Solstice is a magical time associated with the fairy-folk when the veil between the worlds is thin. As the Sun seems to pause in the sky, so you too have a moment to look up and reconnect. Feel the beat of your heart in your chest. You are alive and you are life! Make a wish.

At the end of the week on the 23rd June the Full Moon sits on the Sabian symbol “A Human Soul, In Its Eagerness For New Experiences, Seeks Embodiment”. I’ll be writing a post about this shortly. Suffice is to say that this lunation is all about taking aim – make it real, make it now.

If you experience anxiety during the week, re-frame it: turn it into excitement, tune into desire. Free yourself from old wounds that keep you chained in indecision or a state of paralysis. Wondering whether you should or shouldn’t is a waste of energy. This is the week to have the courage to move forward, being mindful of your limitations as you do. If you know your weaknesses and strengths equally, then you can be confident in taking the next step along the path of light.