The voice of an old school teacher echoes as I look at this chart and it’s probably appropriate as Saturn stations just a couple of hours before the New Moon occurs. It’s as though all hell has broken loose whilst the teacher had his back turned – there’s screwed up paper ball chucking and hair pulling and giggling and everyone is trying to talk over everyone else then suddenly,

The door slams. The teacher strides into the room and a hush descends. That’s how this New Moon strikes me.

The general focus of this lunation is home, family, emotional life and security. We have of course been seeing these themes raised again and again with Mercury currently retrograding through Cancer and the Grand Water trine. 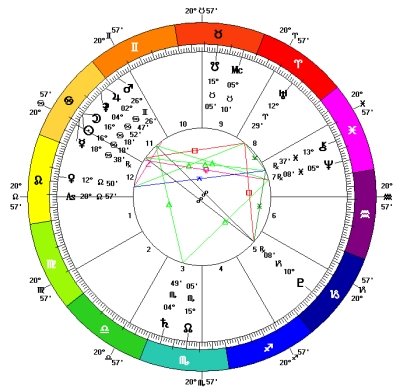 I never once had detention at school. In those days, I never said boo to a goose as I was pretty much scared of anyone in authority and terrified of getting in trouble at home. But it’s in my nature to seriously dislike being told what to do (natal Mars 10th house) and one time that bubbled out regardless of consequence.

I was about 14 years old. We were blessed at my high school with a wonderful teacher who was passionate about animals, agriculture and nature. We had a large menagerie – goats, guinea-pigs, rabbits, chinchillas, hamsters, gerbils, ducks and hens and I spent the vast majority of my time surrounded by animal heaven. I would go to school early in the morning to milk the goats, collect the eggs and feed all the animals and then would stay after school for the same. Saturdays too were spent on school grounds looking after all my furry friends. I was in my (Taurean) element.

One time, our teacher brought in some Labrador pups who had been orphaned and needed bottle feeding. I took on the task of feeding little Cherry who was just as sweet as her name. I was feeding her at lunchtime one day and unfortunately it took a little longer than usual, so I was about five minutes late to class. I apologised as soon as I entered, face bright red from all eyes turning to look at me but the teacher (not the kindly animal- friendly teacher – this one was a dragon!) was having none of it. He bawled me out right there and then and gave me a 500 word essay to do that night on ‘Why I should not be late for class’!

I’m a Leo Rising so I don’t take lightly to my pride being hurt, nor my integrity questioned. That night I wrote a 500 word rant on why adults should listen to children, how people should accept apologies gracefully and why it is more important to take care of a young animal that has been orphaned than miss five minutes of a lesson that I’m never going to use in adult life (I do believe it was physics, which I hated!). I handed the essay in the following day. The teacher read it and never said a word. In fact, aside from the one time he asked me to remove one of the goats who regularly followed me to class, I don’t think he ever really addressed me directly again.

With the New Moon conjunct Mercury retrograde, square Uranus and opposite Pluto there are some deep lessons bubbling up from the depths. Old childhood issues, habits and ingrained ways of thinking may be called into question and whilst there may be a temptation to lash out at someone else, the advice is to be sure of what you want to articulate. Only the truth will do with Pluto. Anything else is likely to be washed away with a dismissive wave of a hand that can leave you feeling frustrated to the extreme. But truths too need to be presented with some sensitivity as Cancer is soft and vulnerable on the inside.

The task is to look at where you react rather than act; to explore where old habits die hard and to check whether your response is coming from an adult or child place. The inner child needs room for self-expression but also must be taught when to speak and when to stay silent. Cancer is a sign of longing and belonging and these themes may erupt out of nowhere if you’ve been feeling a little cast adrift.

You may feel like you are beating your head against authority figures, even old voices of authority that still drum in your head. It’s a delicate dance of finding a way to stay true to yourself as well as toe the line. 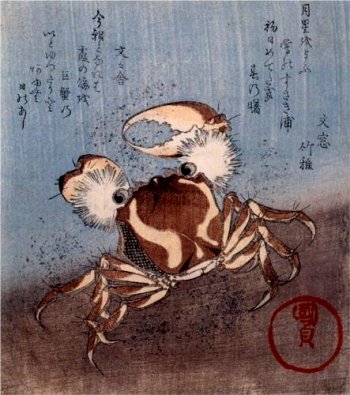 The real problem with this lunation is that there’s so much ‘stuff’ being stirred beneath the surface that emotions may feel out of control. Pluto is like a damn, holding back the surge, trying to be all adult about it. Mercury and the New Moon aren’t happy with the resistance and may well throw a full blown tantrum if too many buttons are pressed. But tempers raised under this lunation are unlikely to resolve the conflict – and that includes losing your temper with yourself! Feelings cannot and should not be held back under this Moon but neither must they be allowed to overflow and drown the landscape. There can a tendency towards using words as a weapon or people playing mind games with the Moon-Mercury-Pluto combination. Insecurities are highlighted so that you learn where you need to toughen up a little.

The Asteroid Picture
The New Moon is conjunct asteroid Atlantis. In mythology, Atlantis is presented as a highly advanced society that lived in peace and prosperity – a utopia. Atlantis was ruled by the great water God of the seas, Poseidon (Neptune) and as long as his laws were obeyed, the city thrived. But eventually the inhabitants of Atlantis became corrupt; warring with neighbours and not adhering to the rules. As a consequence, Atlantis was destroyed in a cataclysmic flood.

You may feel like someone is not playing by your rules and that everything would be perfect if only they would! Alternatively, it may be you who is being told to toe the line but you are feeling stifled and unable to express who you truly are. Maybe things have got too comfortable, too old and it’s time for a change.

If you feel hemmed in by the rules of your family, your relationship, your job or your inner self, now might be the time to explore them. Some rules are unbreakable and un-bendable as they should be – and some need to serve as a guideline, a buoy to let you know when you are getting into deep water. Some flexibility is necessary to allow things to flow and sometimes strict adherence is necessary to ward off a tidal wave of chaos.

The Sabian Picture
The New Moon is conjunct the Sabian symbol :-

The germ grows into knowledge and life
Marc Edmund Jones

It’s funny, when I read this my first focus was on the word ‘germ’, reading it entirely out of context. I’m running with the image, germs have an urge to spread and this lunation it may be important to watch what information is being disseminated. Negativity has a way of multiplying and infecting those nearest and dearest.

Getting back to the main meaning of the symbol, what it shows here is that despite the tension, despite the impulse to stamp your feet in frustration, this is a time of growth. This is a time to nurture what is coming into being. Focus on what is growing not what is decaying. Tend to it. Feed and water it well and in line to what it needs. My grandmother always used to talk kindly to her plants and now is the time to do the same with those aspects of your life that are tender and new and need a little care and protection.

Essentially, if you are finding it all a bit hard then you have to ask yourself some hard questions. This Moon is a radical call to be a better parent to your inner child. If you’re not coming up with the right answers then change the question. Old ways of thinking about things may no longer work. The Moon-Mercury-Pluto-Uranus combination here says that this could be a time of insightful learning with flashes of inspiration to boot. There’s always more to learn. Some lessons will be tough. Some teachers will be tough. But it all goes towards stretching your mind in ways you didn’t think were possible.

In order to grow, a crab must shed its shell many times in it’s lifetime. The first sign that a hermit crab is ready to molt is when eating and drinking more than usual then digging down into the sand. Under the cover of darkness, the crab begins to shed the old shell. Once the molting process is over, the crab remains under the sand as it is vulnerable to attack until the new shell hardens. During this time it eats the old shell as it contains valuable nutrients.

Sometimes it is necessary to become vulnerable in order to grow. Sometimes everything is in the dark and you must trust the process. Sometimes it’s necessary to dig deep to find the solution. When I stood up to the teacher at school, whilst I did it in a rather petulant teenage manner, in many ways I was growing in to my own authority, deciding what I felt was important and acknowledging that sometimes rules must be broken in order to protect those who cannot protect themselves. In allowing myself a moment of self-expression tainted with a hint of rebelliousness, I broke out of the fear of authority that had held my tongue captive for many years. It was the shift I needed in order to grow into adulthood. The lessons of the past serve to feed us for the future.