With Venus, the Moon, Pallas and the Sun all at zero degrees of their respective signs, there’s a sense that everyone wants to make an impression.

Hey look *door slams open* I just walked into the room. Everyone look at me!

Meanwhile, ruler of this lunation, Uranus, is still in that pesky square to Pluto and sits at the apex of a t-square with Pluto on one side and the Mars-Jupiter conjunction on the other. Mercury too is making his presence known. Whilst the t-square isn’t exact, the tension is palpable and Uranus is retrograde so we are absorbing it. It’s like taking a huge gulp of air before diving under, or holding your breath as you wait for a surprise to be sprung. 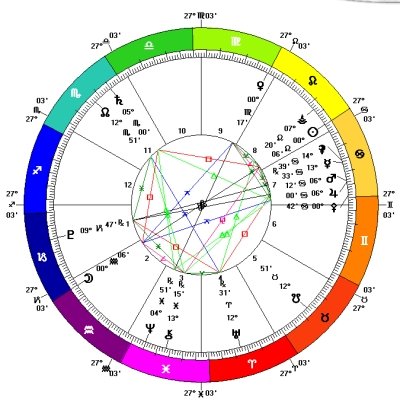 Venus and Pallas are ganging up on Mum (the Moon) as the three of them form a perfect yod with the Moon at the apex. There’s a cool breeze blowing from these ladies so if you are in over your head, they could help you to figure out the next step, if you don’t mind being flexible that is. But probably, you’re not wanting to budge. Lilith is just pissed and telling on all of them as she’s in a conjunction to Mercury and that tricksy square to Uranus is making her edgy. She might speak out of turn and get everyone else’s backs up. Venus probably will try to focus on the washing up whilst her sisters grouch in the background but with an opposition to Neptune, Venus might just settle for pretending none of it is happening. She could try to sort it out with Pallas, the opportunity is there, but Neptune is likely to have a bigger pull. Unfortunately wishing your fairy Godmother will grant you three wishes isn’t going to help.

The loud bashing of Jupiter and Mars opposite Pluto could rub you up the wrong way and bring any troubles at home which have been brewing for a while may come to a head. The only problem is that a shouting match isn’t going to help either – although it might release some of the tension if nothing else.

Saturn, old ruler of Aquarius is not much better off in some ways as he’s square to both the lights, but he is involved with the Grand Water trine. Look to him for some stability if you feel off colour or just that everything is getting a little too much. You can choose whether you despair of life or whether you instead go for looking at the big picture. You can choose to master your emotions so that they don’t master you. Moon in Aquarius needs to get above it all to find some perspective and that may be difficult to access unless you are feeling strong and in control of yourself. Wordly goings on may be making your rage but the planetary pattern suggests that rage needs to be put to constructive use.

The Sabian Picture
The Full Moon is on the Sabian symbol :-

An Old Adobe Mission In California

This symbol talks of the missions which where build in the 17th/18th Century by Spanish monks who wanted to spread the Christian faith to indigenous tribes in California. In one way, this Sabian represents the crystallization of a dream – very in keeping with potential of the Grand Water Trine. Dane Rhudyar says of this degree that ‘it stresses the enduring character of human achievements ensouled by a great vision.’

So in one way, this is an echo of the square from the Moon to Saturn, about needing to keep your feet on the ground, to keep it real even when all you want to do is run away and lick your wounds (Moon semi-square Chiron). The question is, can you hold on to what you truly believe in when others seem to be shouting you down. Can you keep on track with your goals when hurdles appear?

The trouble with this degree however is that whilst the buildings still stand, the missions themselves were shut after clashes with the locals. After all, who were they to assume that the Native peoples needed to be ‘civilised’, or that the faith, practices and culture of those indiginous groups was any less important than the Christian faith? There is something here about being careful not to push your views onto others. The old issue of ‘my religion is the only way’ may come into play with the Mars-Jupiter conjunction and opposite to Pluto, holy war is a danger. ‘My God is bigger than yours’ however isn’t going to get us anywhere. All you get is holy hell.

God/Goddess/Spirituality comes in many forms. Aquarius honours uniqueness and diversity. It celebrates the group whilst respecting the individual. There are indeed many paths to the divine. Likewise, there are many possible paths to the future and different ways of fixing problems. A fixed opinion now about what should and shouldn’t happen may find you in hot water if you can’t budge just a little bit. It’s about being firm in your convictions yet willing to listen – being open to change with new information to hand. Uranus is retrograde, don’t forget, so sudden flashes of inspiration are in the offering – but you need to be ready to listen and ready to alter the path ahead if necessary.

All in all this feels like a pushy Moon, a little loud, a little opinionated and a little like it’s in danger of defaulting to the drama queen/king tendency of the Sun in Leo.

If you feel like you are skating on thin ice, step back a little. Distance yourself from the problem and the noise of battle. There you can take a breath and getting a better idea of what every one else is shouting about. Venus and Pallas as the closest aspects to the Moon show that sometimes, you have to just get on with what needs to be done to keep everything ticking over. Instead of hiding half way up a mountain, you need to be able to meditate whilst cars and sirens blare in the background and the children squabble. The stillness and quiet you are seeking is some place deep inside. There you have space, just to be. From that place, you can see everything.