Libra – highly civilised, willing to compromise, a fabulous negotiator, skilled in the art of sociability and the arts themselves. Libra conjures up an image of a well-dressed lady shmoozing high level guests at a party with fine dining to boot…

But for this New Moon, forget that image.  If ever a chart was going to bring out the dark side of Libra, this might be it. I didn’t see it straight away but as I was gazing at the chart, I suddenly saw it as the blade of a sword with Uranus sparkling at its point. This chart feels like walking through a haunted house, skin prickling, heart picking up pace. Yes it’s Hallowe’en at the end of the month but it feels like the ghosts crawled in early, just to make you jump. 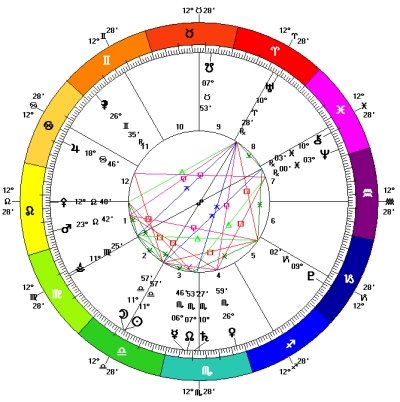 To start with, the New Moon creates a t-square out of the already tense Uranus square Pluto aspect and just to really emphasize the point, the Moon is also square to Jupiter who has only just recently managed to fend off Uranus. It feels like there’s a surprise building and it isn’t necessarily a nice one.

Uranus is at the apex of a yod with Saturn and Vesta at the base. The New moon sits at the midpoint of Saturn and Vesta making it a boomerang yod. And it feels exactly like that, something comes back to hit you in the face just when you least expect it. Of course, Saturn and Vesta are in a positive aspect to each other but Vesta is only little and it feels like all the good work that has been put in is under threat from something bigger.

Pallas gets in on the act with a sextile to the Moon which suggests that if everyone can keep their heads screwed on, there’s a chance of trying to work things out. The problem is that Pallas is conjunct asteroid Kassandra who knows something that Pallas doesn’t. But Kassandra is cursed never to be listened to and Pallas doesn’t believe in all that woo woo stuff anyway so it’s back to the drawing board. 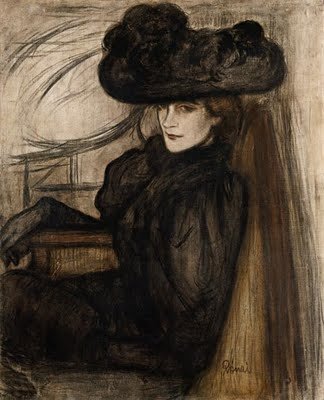 Ruler of the Moon – Venus, is still caught up in a fight with Mars and Mars has now got distracted by Pluto intervening. A sesquiquadrate between Mars and Pluto has both of them posturing and comparing sizes, leaving Venus with a good mind to tell them both to get out of her face – she too is having her own sesquiquadrate problems with Uranus.

And just when you think it can’t get any more stressed, I notice the New Moon is opposite asteroid Nemesis who is just a couple of degrees away from Uranus. There’s a mind towards retribution and revenge, divine and otherwise. Maybe we all just need to duck and cover!

It feels as though Mercury is the only one in the gang who actually knows what’s really going on. He’s conjunct the North Node and Saturn and trine Neptune and Chiron. To get through all of this, we need to stay on track with our spiritual evolution – each and every one of us. It’s about being willing to listen to the truth, even when we don’t like it – accepting the horror so that we can do something about it. It’s about actively thinking about how to resolve it,  how to take responsibility for it, how to fix it rather than shoving it under the carpet and hoping it will go away.

The Sabian symbol for the New Moon is:-

Miners Are Surfacing From A Deep Coal Mine

So Libra’s beautiful suit is now covered in coal dust and isn’t best pleased. But the meaning behind this symbol is interesting. It suggests that deep down, something has been going on. Maybe we weren’t aware of it – or didn’t want to be. This Moon reminds us that not everything can be smoothed over, not everything can be shovelled away so that everyone can play nice and pretend it didn’t happen. Sometimes the proverbial hits the fan and we have to deal with the it. Next time, we’ll know better.

With the miners appearing from the depths, this is a time of things being revealed and yes it could get a little messy.

And in the background Kassandra is whispering ‘I told you so’.