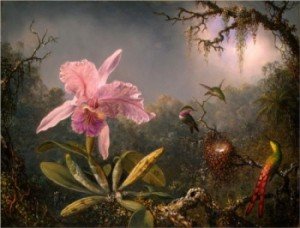 So it seems that that Uranus-Pluto square is living up to its reputation of being associated with freak weather events. I talked about this in the November forecast video as well as pulling the 9 of Wands in the Mythic Tarot which depicts stormy weather. I certainly wish it wasn’t the case but the super typhoon Haiyan which has killed up to 10,000 people in the Philippines seems like a strong manifestation of this energy, perhaps kicked into action by the eclipse. This superstorm is being labelled as the strongest to make landfall ever recorded.

At the same time, we have no less that 4 comets in the sky including comet ISON which I wrote about last year. This amount of comets occurring all at once is rare and it makes me think about the challenging grand cross that will begin building next month, peaking next April. Comets are typically seen as heralds.


The week ahead still contains some strong aspects yet there is also time for reflection. There are also hints at bringing your creative energy into the foreground.

On the 11th November, Mercury, now direct forms a trine to Neptune who is almost at a dead stop before turning direct himself. This is perhaps a good time to send up a mass prayer for all those affected by Haiyan and a prayer for peace in general. On an inner level, it’s likely that the confused thinking of the past three weeks will have lifted, leaving you feeling inspired to move forward with your own plans. This is a day to fuel your thoughts with imagination. This aspect also triggers a stronger awareness of the subtle signals in the ether. It’s easier to read the subtext or body language and the intuitive faculties are sharpened.

The Sun forms a trine to Retrograde Jupiter on the 12th November which draws your attention inwards. Follow your bliss to your heart centre, let the warmth radiate from the inside. This is a day to embrace all that you are and all that you are becoming. It’s the perfect day to decide on a new course of study or get your head into a book that broadens your level of current knowledge. There is still so much to learn about yourself as well as about the world!

I came across this link during the week which shows photos of vanishing tribes by photographer Jimmy Nelson. The images are breath-taking, beautiful and really encompass the Sun-Jupiter trine. Set apart from the modern world, it’s clear how these groups have developed their own creative cultures which are driven from a powerful inner spirit. When I look in their eyes, I feel like each is circling their own star. Please do take a look, it’s extraordinary.

Neptune stations direct on the 13th November. Once again, with the Neptunian influence, there is something here about imagination, inspiration and subtly of expression. For some, Neptune’s energy may manifest as feeling more sensitive than usual. If that’s the case, don’t be afraid to take a duvet day or a mental health day to calm your senses. This energy is perfect for channelling your feelings into creative work – art journalling, writing, playing music or dancing, all help to dissipate some of the cloudiness of Neptune and tune in to your soul.

Asteroid Echo enters Libra on the 14th November. What you reject inside is reflected back to you on the outside. Echo in Libra is about projection and reflection. Echo also connects to the idea of things simply repeating without changing. There can be a subtle feeling of a void between you and others and an urgency to fill the space. Echo was in love with Narcissus who unfortunately was only in love with himself. It may be time to draw back your attention to focus on what you think in order to reset the balance.

On the 15th November, Venus is a busy lady indeed as she conjuncts Pluto, squares Uranus and sextiles Chiron. Things may feel intense! Venus is triggering the Uranus-Pluto square and it can be hard to know what to do in order to bring back harmony. These aspects raise issues about wealth and how you value yourself as well as love and relationships. There can be an urge to please which compromises you too far. There can be a need for freedom yet you feel bound by attachments elsewhere. The Moon doesn’t help much by tipping off Uranus with a conjunction just as this aspect peaks which gives a sense that there are surprise reactions and actions in the offing. This could tip over into some angry scenes if not handled carefully.

Thankfully the sextile to Chiron provides a way through which is to stay on the high side. The power of love (Venus and Pluto) is healing in itself. If you are in danger of slipping into the negative manifestations of these aspects, or engaged in conflict with another, focus on the commonalities that connect you. Focus on your heart and let that do the talking.

Neptune opposes Pallas on the 16th November, There’s a danger that plans could evaporate. Issues become clouded. You may be too passive in the face of adversity or act blindly without due thought. These two together can feel like a twist in the tale but the twist is – there is no twist! Aim to see clearly, Listen to your intuition. This aspect favours bringing your ability to plan together with your imagination. Make a vision board.

The Full Moon on the 17th November still contains some powerful aspects but lands on the Sabian Symbol ‘A Spanish Gallant Serenades His Beloved‘. I love the image of this symbol! With all the intense feeling still in play from Venus, this is the Muse at work. Consider, who is your Muse? Who or what moves you to express your creativity, your desire, the very best of yourself? Who or what touches you to the very depths of your soul? Tap into it. Sing it!

NEWS FLASH – Readings by Skype/Chat coming shortly!
The price will be $35 for 20 mins, $70 for 40 minutes and $100 for 60 minutes. Readings are focused on whatever you need from the session. It’s your time. I can use tarot as well to explore issues further if you wish. The page will be up in the next few days but if you are interested in making an appointment, please email me.