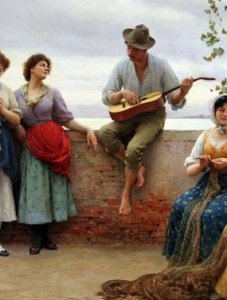 The fecund Full Moon spreads out her belly and sighs contently in Taurus. Sense and feeling combine into a heady mix of taste and pleasure. This lunation reflects upon what is growing in life, and where life is firmly stuck in the mud. It’s a time of appreciating where you have been blessed and acknowledging those seed ideas that shrivelled and died. Taurus as a sign is connected to what we value and how we value ourselves. Taurus asks us to connect with what matters – with matter being the operative word! Taurus delights in the senses. It needs to see tangible results for effort. It is the first of the Earth signs and consequently reveals in this element – occasionally too much.

Venus, ruler of the Full Moon is tied up in a kinky game with Pluto (conjunct) and Uranus (square). She’s bound and captive and probably loving it – for a time at least until the carpet burns set in. In fact, in Capricorn, she’s in dominatrix mode. Suffice is to say there are some intoxicating aspects that make me think of one word – excess. With all the action that has been going on in Scorpio, you’d be forgiven for thinking that a nice Full Moon in Taurus would help to ground some of that energy, but the aspects indicate that grounding is challenging in itself. It’s more like taking a mud bath. 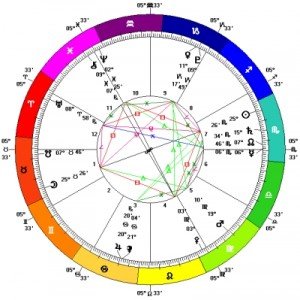 In the chart, the Moon is exalted in Taurus, Jupiter is exalted in Cancer and Neptune is in its sign of rulership. This Moon doesn’t know when to stop. Jupiter too is conjunct Black Moon Lilith (true position) so it’s vibrant and powerful, wild and dark. Sesquiquadrates from the Moon to Venus and Pluto are aspects connected to ‘over doing it’. What’s more, the Moon is trine to Mars so there’s a ton of free-flowing powerful energy transmitted as well.

A semi-square to Uranus, gives a sense that this is a test about what it takes to be free. Uranus in a semi-square could work, but then Uranus is known for being a bit impulsive at times, and that too could be a challenge considering the other aspects. Just to top it off, the Moon is square to Neptune so now I’m thinking it’s like being enticed by the fairy folk to eat and drink at their table – and we all know what happens if you do that! Pallas too is opposite Neptune so for once her cool as a cucumber attitude is lost in something ethereal and magical and she’s clearly drunk on fairy wine…

Look to where the Full Moon occurs in your chart, this highlights the area of life which is being activated by the lunation. Then check where Venus and Pluto are currently transiting to see where you may be inclined to exert more force than necessary in order to get it ‘right’. Check Uranus as he is showing you where you need to experience more freedom, where you need to be willing to change and where you need to express your individuality. Look to where Mars is to see what is fuelling your passion and where you energies are needed. Check the position of Neptune, this is where the glamour is – and the magic.

The Full Moon is conjunct asteroid Niobe and in the mythology of Niobe we also see issues connected to ‘excess’. Niobe had seven sons and seven daughters and was given to boasting about this fact and dissing the Goddess Leto. Eventually Leto got tired of this and killed Niobe’s children. Niobe was so traumatised, she turned into stone.

Niobe certainly can show the depths of our creativity, her fecundity, like Taurus, indicates that we too are creators. But there is a sense that we must remain humble in the face of our creations. There is also something here about being able to let go of what we create, just as we eventually cut the apron strings and allow our children to grow up and make their own way in the world. We cannot hold on to what we create. Our creations are gifts to the world. By letting go of them, we can in turn make room to create something anew. Niobe’s story is a reminder of how Taurus can tend to hold on – this is mine and that’s mine, oh and that is mine too. The dark side to Taurus is like a dragon sitting atop a pile of treasure.

Is there anything forgiving in this chart? Yes! All of these aspects, even those that are challenging have a sense of a magical driving force. They are creativity in the making. If the tendency to over-do it can be reined in, this could be a very productive time, especially for those of you involved in creative work.

The Sabian symbol for this Moon is :-

A Spanish Gallant Serenades His Beloved

This symbol triggers the concept of the Muse, the beauty who inspires the singer to sing, the writer to write, the artist to paint. There is something deliciously sweet in this Sabian. We are witnessing love in motion, love made manifest in art. Whilst the symbol plays on the stereo-type of Latin lover, it serves a purpose in that it calls to mind that what is foreign to us is also an intriguing mystery that can be the perfect trigger for the imagination. This symbol asks that we too call upon our own muse. Think, who or what inspires you to be more than you are? Who or what makes you tumble with ideas? Who or what makes you sing and dance? Tune into that feeling.

“A poetry  of living and a music of desire become the final touchstones for true self-fulfilment” Dr. Marc Edmund Jones. The Sabian Symbols in Astrology

Painting – detail from ‘The Serenade’ by Eugene de Blaas