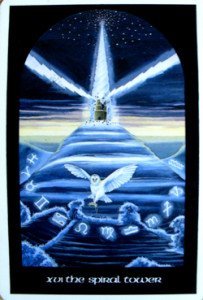 I was mooching around the internet the other night and found an old tarot meme, The 30 Day Tarot Challenge which caught my eye. It began with a lady called Ree who used to run a tarot site called 78 Keys. Unfortunately that site has closed now but after a bit of digging, I found the original list of questions on the Pagan Blog Directory – thank you!

Reading through the questions, I think this is a great way to introduce my thoughts and experience with tarot so I have decided to take the challenge. If you Google the term ’30 Day Tarot Challenge’ you can see how popular this meme is. Reading through the responses of some of those who have participated has been fascinating as all of us as tarot readers have different histories and experiences.

Question 1 – What introduced you/got you involved in Tarot?

Now, this one I’ve already answered in my post How I Came to Read Tarot so I will skip straight to the next question…

Question 2 – What was your first deck and why/how did you get it?

As I mentioned in my How I Came to Read Tarot post, my very first deck of cards were the Lenormand cards. It’s been fascinating to watch the revival of this deck and the new work that is being done with them. New Lenormand decks are being created and deeper interpretations are manifesting. If you have a moment, do check out my friend Flick Merauld’s Dream Inspires Lenormand which is an beautiful modern interpretation. Flick is a photographer as well as writer and tarot reader so her skilful compositions are magical.

I still have a vivid memory of sitting on my bedroom floor when I was 14 years old, laying out the cards and reading through the tiny booklet that came with them, trying to divine my future! I was entranced by the Bear as I used to have recurring dreams about the constellation of the Great Bear which is now tattooed on my shoulder amidst a spiral galaxy. Even though the little poem on the card is rather harsh (!), I felt an affinity to the image. It was probably in these moments were I began to subconsciously formulate my own meanings for the cards. Over time I realised that Bear was my Power animal and this spirit helper has been a constant presence in my life. Many years later, a shamanic practitioner gave me a bear claw as a gift, even though I had never mentioned that Bear was my animal. He knew. 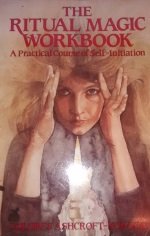 My first ‘real’ tarot deck was the Rider Waite which I purchased from a little shop called Occultique in Northampton – sadly now gone. I was around 17 years old. It was a tiny backstreet shop filled with strange herbs, unfamiliar ritual objects and the most wonderful collection of both rare and new occult books. The pungent smell of incense wafted around. I loved it!  I would creep inside, look at the books for ages and try to be as inconspicuous as possible because I was shy creature back then. The owner however was kind and knowledgeable and after seeing me a few times, he started to chat to me and I blushed and stuttered my way through conversations until I began to feel comfortable.  He guided me to my first ‘witch’ book – The Ritual Magick Workbook by Dolores Ashcroft Nowicki and my first deck – The Rider Waite. But for all my trying, I couldn’t get to grips with the Rider deck. I hated the images! Whilst now it is one of my favourite decks to use, back then it just didn’t gel. The only way I can describe it is that it felt ‘stern’. It obviously wasn’t the deck for me so at around age 20 I went back to the shop and asked to look at all the cards. I fell in love with the Arthurian Tarot by Cailtin and John Matthews. I had always adored the stories of King Arthur and at that time Mists of Avalon by Marion Zimmer Bradley was my favourite book.

It may sound strange but as soon as I saw the image of The Tower, I knew this was the deck for me! The swooping owl, another power animal of mine and the wheeling signs of the zodiac set fire to my imagination. In fact, out of all the decks I now own, this is still one of my favourite tarot images.

It certainly wasn’t the easiest deck to begin with but everything about the deck invites you in to the card. The images began to appear in my dreams and I’d wander the landscapes. I still remember one dream where the deck of cards expanded to become a huge stairway leading down, down, down through a multitude of colours. I remember being surrounded by a golden aura and speaking with the High Priestess.

For those that are interested in this deck, there are accompanying workbooks that take you on a very deep journey through the stories and symbolism which I highly recommend.