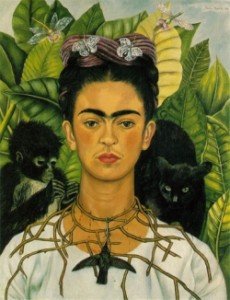 Mars opposite Neptune can be a fascinating, beguiling and frustrating natal aspect that can manifest in a myriad of ways. Mars is your will, your desire, your urge to survive. It is Mars that gets you up in the morning when the bed is comfy. It is Mars who forces you out on your daily run even when it’s torrential rain. Mars forcefully pushes others out of the way, fights for what he wants, points out differences, shouts bawdy comments and has the courage to chase after those things that attract him.

And then there’s Neptune who’s on another plane altogether, gently showing compassion, reminding us of our interconnection and ‘sameness’, uses his imagination, meditates and goes with the flow. Neptune refines and spiritualises everything he touches – and sometimes confuses the hell out of it. Neptune dreams of a better world and longs to live the ideal.

So when Mars and Neptune are in opposition some interesting things come into play. Mars/Neptune aspects generally are connected to the archetype of the spiritual warrior as well as the inspired artist. At its highest manifestation, this aspect shows someone who has the courage to live their dreams, fights for those who are victims of society or can project a glamorous image that attracts others to their benefit. Both actors and sports people can use this aspect to good effect in their work.

On a psychological level, the opposition can be a challenging aspect. One of the greatest difficulties with Mars opposite Neptune is that the native may find it difficult to know what they want. Fuelled with a powerful imagination, they may chase after the impossible or alternatively find themselves unable to take action due to the fears and fantasies strongly played out in their imagination. It is hard to pinpoint what action to take when doubts cloud the real picture. There can be a tendency to lose oneself in drink, drugs or general escapist behaviours that masks the real reasons why they cannot find the courage to move forwards. Night dreams may be vivid. Dreams of being chased may recur in times of trouble.

Others may find it difficult to understand the actions of a Mars opposite Neptune native. In extreme cases, Mars opposite Neptune can manifest as outright deception. The ability to deceive the self however is a more dangerous application of these energies. Sometimes the reverse is true and this aspect can attract those who have questionable intentions.

It is important to pinpoint true desires and aspire to a higher vision of what is possible. Some with this aspect may feel like going for their goals is an impossible dream and become apathetic in the face of perceived competition. They may become drifters or charlatans, or always look for the easy way out. Some may be martyrs or victims of the actions of another, some may give up in the face of adversity. At its worst manifestation, this aspect can trigger giving up on life altogether.

Sexual fantasy is often high with those with Mars opposite Neptune and there can be no limits they will go to pursue the one who seems to epitomise their God or Goddess of choice. Unrequited love may be an issue, whether with the girl or guy who is already spoken for or by imagining a wonderful relationship with a glamorous film or pop star. Fantasies of sexual encounters with mythical characters may also play a part in the sexual identity. Occasionally the opposite is true, so instead of being lead hither and thither to endless sexual experiences, some choose to surrender their desire nature altogether and live a celibate life. When working well, this aspect can manifest as a charismatic, giving lover who cherishes as well as desires their partner.

There may be confusion about one’s sexual identity and what is wanted in a sexual relationship. If they do know what they want however, their powers of seduction can be a miracle to behold! The difficulty can be that with the influence of Neptune, it can feel like there are so many choices, so many infinite possibilities to explore, that it may be difficult to settle with one person. For some, this aspect manifests as a urge to merge with the other, to reach a spiritual place through sexual encounter.

If you have this aspect in your chart, it is important to connect to your true desires. You have at your disposal a powerful imagination. By identifying what you truly want, you have an almost magical ability to make it happen. Focus your desires. It is important to stay aware of when your imagination runs away with you. Don’t let unfounded fears keep you from your goals. Finding a worthy cause may inspire you into action.

Dance, poetry and music are just three of the ways excess energy can be channelled. Anger especially needs to be dealt with or danced off otherwise it can turn inwards and poison the system. Learning to assert oneself gently can go a long way to discovering the courage to deal with difficult situations. Tantric sex may be a way to achieve the spiritual connection so desired in an intimate relationship.

Mars opposite Neptune natives may be spiritual leaders or belong to those who are powerful and visionary fighters that inspire others to take action. This is the champion of the underdog who knows that humanity can build a better world. Mars opposite Neptune is a complex aspect in the natal chart but has the potential to accomplish goals based on high ideals and can act as a catalyst for transcendent experiences.

“I tried to drown my sorrows, but the bastards learned how to swim, and now I am overwhelmed by this decent and good feeling.”

“I love you more than my own skin and even though you don’t love me the same way, you love me anyways, don’t you? And if you don’t, I’ll always have the hope that you do, and i’m satisfied with that. Love me a little. I adore you.”

I used to think I was the strangest person in the world but then I thought there are so many people in the world, there must be someone just like me who feels bizarre and flawed in the same ways I do. I would imagine her, and imagine that she must be out there thinking of me too. Well, I hope that if you are out there and read this and know that, yes, it’s true I’m here, and I’m just as strange as you.”

“The lessons from the peace process are clear; whatever life throws at us, our individual responses will be all the stronger for working together and sharing the load.”

“I have to be seen to be believed.”

“The beast in me
Is caged by frail and fragile bars.”

“I took the easy way, and to an extent I regret that.”

“What could we accomplish if we knew we could not fail?”

“When will our consciences grow so tender that we will act to prevent human misery rather than avenge it?”

Painting – ‘Self-portrait with Thorn Necklace and Hummingbird’ by Frida Kahlo