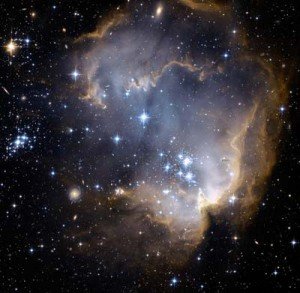 It’s a real mixed bag of a week but there seems to be a uniting thread. It’s about being present. It’s the now that counts, not yesterday and not tomorrow. I’ve been berating myself for the past few days for not doing something I ‘should’ have done or for a lack of focus, procrastination and all manner of other things. At the other extreme my mind wanders to future times so far away I can’t possibly plan for every eventuality (even though I try!). It seems I have been on an ‘anywhere but here‘ trip and yes I have some challenging Saturn action going on, along with the Full Moon just gone opposite my natal Neptune!

But you know what, it’s fine because in this moment I’m here and I’m present and that’s what counts. No more berating, no more trying to beat the clock (which is almost impossible on a Saturn opposite Mars transit anyway!). I’m just here – mindful of writing, mindful of the moment.

We begin with  Pluto conjunct asteroid Pandora on the 18th November. Check in with your hopes. What are you really hoping for? Is hope still alive and well underneath the barrage of work, to do lists and worries about the bank balance? Whatever the situation, there is always room for hope. It’s what keeps us striving for a better time to come. In this combination, hope is a powerful motivator for change.

With the presence of Pluto however, this can also be a time to let go of hopes that are keeping you stuck where you are – hope that has run its course. Hope must have its place.  Certainly hope can get you through the bad times but at some point a step needs to be made to bring the dream alive. This combination is in Capricorn after all. Hope can sustain you, but after the crisis passes, it needs to be combined with good old fashioned hard work and a realistic outlook.

Chiron stations direct on the 19th November on the Sabian symbol ‘A Girl Blowing A Bugle‘. I see the Judgement card in the tarot as I ponder this Sabian. In shamanic practice, it is said that when we suffer a traumatic experience, the soul can fragment. Pieces of the soul leave to hideout in a safe place in the otherworlds (and occasionally are taken by others). The bugle horn is like a call to these lost soul parts to bring them back home.

Edit – A reader has pointed out that the Sabian Symbol is actually “An Aviator Pursues His Journey, Flying Through Ground-Obscuring Clouds”! I actually read the degree backwards which is comical considering I was thinking about a retrograde. Being Leo Rising, of course I am now nursing my wounded pride and covering my red face! But sometimes a message is a message so I am leaving the original words intact.

On the same day, Mercury forms a conjunction to the North Node, pulling the mind towards thoughts of fulfilling your purpose. As you become whole again, Mercury brings you a message from your soul, reminding you of what you are here to learn and of the path ahead.

It’s still a Mercury-Chiron story as we move into the 20th November with Mercury forming a trine to Chiron. Energy flows. Your thoughts can either make or break you. Check where your thoughts are helpful or harmful and remedy those that poke holes in your plans. A quincunx from Mercury to Uranus also on the 20th November indicates flashes of inspiration are blinking in the corner of your eye. A shift of position is all that is needed to perceive it in its entirety.

Mindfulness is still in play as we move into the 21st November with a sextile from Mercury to Pluto. Go Mercury! It’s all about your powers of perception today. If you’ve stayed mindful during the week, then you won’t allow the ‘no’ in your head to get in the way of ‘yes’. Your thoughts are powerful and today is the day to stay aware of this. Be conscious of the words you think and the words you speak.

The Sun enters Sagittarius on the 22nd November. It’s lift off! This is the time of the visionary, the explorer, the philosopher. It’s about enjoying the journey as much as the destination. Your life is a story in the making. There’s no need to keep returning to the past and editing what happened and why. Stay in the now and consider your hero/heroine adventure. Be bold.

A sweet sextile between Venus and Saturn on the 23rd November brings a new energy into play. It’s a stabilising influence that helps to strengthen and deepen your relationships. With Venus also in Capricorn, this is about building for the long-term, no rush. Take your time today. Focus on a job well done. Enjoy the process.

If possible, keep that Venus-Saturn aspect in mind as we move to the 24th November because the end of the week ends on a  wimpy, whiny note with a square between the Sun and Neptune. The difficulty with this aspect is that it can trigger an aimless, confused feeling where you don’t know what you want or you feel like you have lost your way. Daydreaming about what ‘could be’ takes the shine off what is. The Sun in Sagittarius and Neptune in Pisces are visionary placements but the midpoint between them falls in Capricorn. It’s about taking concrete steps to build your dream in the here and now. Wildly imaging big dreams can be motivating but at times like this it can also be overwhelming and confidence sapping. Think, what can I do today to build a better world? Tomorrow can take care of itself.