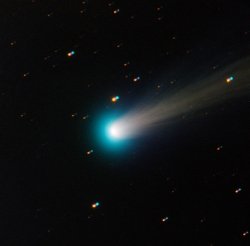 I’m praying for the morning mist to lift and that the forecast fog isn’t going to manifest. Comet Ison is now visible in the early morning skies and I want to see it! Ison is going to be closest to the Sun on the 28th November and closest to Earth in December. In these extraordinary times, it is quite something to see a comet for however much we know about them astronomically, they still invoke a sense of awe. These cosmic travellers carry messages from the universe. If nothing else, the comet urges us to keep looking up – keep wondering, keep questioning everything we perceive. There is still so much we don’t understand. The human race are children in the eyes of the cosmos. For a lovely exploration of Ison’s perihelion chart, do check out Marina’s post over at DarkStar Astrology.

Following dangerously off the chart storms that have brought havoc and death, we are now seeing a volcanic domino effect going on. As I write, evacuations are now in place as Mount Sinabung is about to blow its top and Mount Etna has also erupted again today although not quite as vigorously as Sinabung. Meanwhile, another volcano in the volatile ring of fire off the coast of Japan has created a small new island.  Whether the island will remain after the eruptions or sink back into the sea, no one yet knows.

On the 25th November, the Last Quarter Moon occurs on the Sabian symbol Black And White Children Play Together Happily. Off planet occurrences like the comet and major natural disasters, unite us as a single race. In the face of something so vast and unknowable, the divides we place between us culturally seem to pale into insignificance. This is a day to embrace difference, to accept all aspects to yourself as well as others.

We go into deep thought mode on the 26th November as Mercury and Saturn perfect a conjunction in Scorpio. I’m calling this the Hitch-Hikers Guide to the Galaxy aspect! It’s true that Mercury and Saturn can produce some depressive thinking and your mind may tend towards pessimism rather than optimism. On the plus side, Mercury and Saturn together can be the ideal time to really collect your thoughts and strengthen your mind. If negative thinking is an ongoing issue, use this energy to investigate the huge variety of ways to re-train the brain. Whether it’s cognitive behavioural therapy, positive affirmations, mindfulness or self-hypnosis, there are always ways to teach the mind to work for you rather than against you.

The 27th November sees a touchy square between Mars and asteroid Quaoar. With Quaoar the creator God roaring through Sagittarius, Mars in Virgo feels impatient and bogged down by what fits where and why. There’s a self-critical edge to this aspect that can negatively effect your creative abilities. Be confident in your skills and experience. Let them be of service to the world.

The 28th November sees a perfect Thanksgiving aspect with Venus opposite Jupiter, hello indulging in food and drink! A lovely trine from Mercury to Jupiter and a sextile between Mercury and Venus complete the feel good cheer. It’s happy chattering across the table. For those of us not in the US, it’s still a perfect time for a get-together. Yes there is a tendency to spend too much and to eat too much but well, times have been tough. It might just do you good to pop open that top button and let it all hang out J

Venus is still in a waning opposition to Jupiter on the 29th November but a square between the Sun and Pallas has an argumentative feel. You may not want to go along with someone else’s plans or perhaps you no longer feel like doing what you planned yourself. There’s an irritable, ‘I want to do my own thing’ going on or maybe you don’t know what to do for the best. With Pallas in Virgo, you may need to simply add a little logic into the mix to please all sides.

But then it all perks up again on the 30th November with a sparkly trine between the Sun and Uranus. Suddenly everyone is all smiles again. Get off the beaten track if you can, break the normal routine. The Sun and Uranus urge an adventure.

But it’s still ups and downs as we greet the new month with a square between the Sun and Chiron on the 1st December. On an inner level, this aspect can bring you up short as you spot a flaw in your personality, a weakness in your character that you thought you’d fixed or finally understood. Maybe you feel like hiding away in a cave.

There’s no need to hide your light. All of us are wounded and scarred inside. Show compassion for yourself. Take a moment to check in with your body and see if you can feel where in your body you hold mental, emotional or physical pain. When you have located your pain, visualise the light of the Sun flooding into your hands then through them with the heat and light pouring through your palms into your body. Imagine it cleansing and soothing your pain, making you feel whole again.