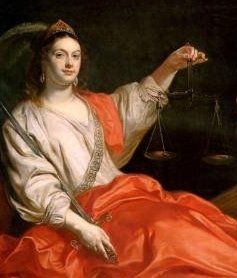 As I write, there have been appalling crashes in the past 48 hours. A helicopter crashed through the roof of a busy pub in the centre of Glasgow, Scotland on Friday evening and just this morning there was a major train derailment in the Bronx, New York. Alongside these crashes which have caused multiple deaths and injuries is the untimely death of actor Paul Walker, star of the Fast and Furious movies who died in a car crash late last night.

I’m noting the ‘fast and furious’ connection, I’ve been looking at the charts associated with the crashes. We’ve had a recent Sun square Neptune followed by Sun trine Uranus followed by Sun square Chiron. Confusion followed by shock followed by pain. I’ve said it before and I’ll say it again, trines can manifest negatively as well as positively. Trines ‘speed up’ energy. As yet, no one knows what happened in all three of these incidents but it is clear that there was a ‘loss of control’ for whatever reason. The Sun is in Sagittarius, sign of transport and travel (along with Gemini), and Uranus is disposited by Mars.

I notice in the chart of the Bronx crash, the Moon sits between Mercury and Saturn and is conjunct the Mars-Pluto midpoint. Although still out of sign, Mars is moving towards the upcoming opposition to Uranus and will then square to Pluto at the end of the year. Mars is already in orb of the opposition. Mars opposite Uranus is associated with shocking events, recklessness, accidents, things spinning out of control, the fast and the furious. I have noticed in the past how Mars can bring forward aspects – by this I mean, the aspect can come into play almost as soon as Mars comes within orb. Mars naturally ‘speeds up’ energy.  The bright red Porsche that Paul Walker died in, seems an ominously apt symbol for this Martian energy.

Meanwhile in Thailand, there have been violent clashes between tens of thousands of protesters with police and the same can be see in the Ukraine.

It feels as though Mars is making his energy known In my own chart I have been experiencing Mars conjunct Pluto followed by Mars conjunct Uranus and all whilst Saturn opposes natal Mars which became exact yesterday. It’s like being ripped apart from the inside out with explosive energy that can’t, yet must be contained.

My heart goes out to all those affected by the crashes – especially so near to Christmas.

Often a planet’s energy intensifies as it reaches the end of a house or sign. Mars is moving through the last degrees of Virgo and preparing to move into a long stay of eight months or so in Libra. Mars is in detriment in this sign. Mars naturally likes to move fast, take swift action and generally to hell what anyone else thinks but in Libra, all that goes out of the window. It needs a softly, softly catchy monkey approach to get anything done and Mars can get a little frustrated with having to take everyone else’s thoughts into account. Mars in Libra must function on diplomacy and fairness at all times. Actions are curbed in favour of finding the best possible solution. On a personal level, we can find decision making suddenly becomes difficult as we try to take into account how our actions are going to affect others. The problem with Mars coming up head to head with Uranus is that any action can tip the balance in the extreme, causing instability all round. To make the best of this energy it’s about gently asserting oneself with quiet confidence and staying aware of any projection of desires (as well as anger) onto others. You’ve got to really own it with Mars in Libra, otherwise these energies bleed out into your relationships. Mars in Libra will teach you about conflict management inside and out.

Of course the positive side to Mars in Libra is that it can add some extra spice to your relationships. Natives with Mars in Libra tend to be able to charm the birds out of the trees – once they have decided what they want that is…

The week begins with a conjunction between Mercury and asteroid Sisyphus on the 2nd December which makes met think of the mind stuck on repeat. The problem is that Scorpio is pretty insistent when he gets a bee in his bonnet but you aren’t necessarily going to get an answer or resolution to whatever the problem is. It may be best to turn the issue over to the universe or your higher self because to keep pushing is a waste of energy. Sit back and see where the ball rolls.

A New Moon in Sagittarius on the 3rd December provides a lift. Sagittarius is all abut the freedom of the open road, the skies the limit. Expansive and enthusiastic, the Sagittarius New Moon offers a chance to start working on projects or intentions that will increase your understanding of the world and challenge your beliefs. The New Moon sits on the Sabian symbol In The Left Section Of An Archaic Temple, A Lamp Burns In A Container Shaped Like A Human Body. Relight your inner fire. Spark your enthusiasm. There’s a big wide world out there to discover.

A gentle conjunction between Neptune and asteroid Iris on the 4th December provides the perfect opportunity to find peace with within. Iris, Goddess of the rainbow is the promise of both hope and peace. Bridging heaven and earth she connects the physical with the spiritual. Make time to commune with your soul.

Mercury enters Sagittarius on the 5th December. Walk your talk! The New Moon just a couple of days ago will have hopefully given you some seed ideas to bring forward. Check out an older post I wrote on Mercury in Sagittarius to give you a flavour of how this feels. The mind is in an expansive mood but watch because on the 6th December Mercury moves straight into a square with Neptune. On the one hand, the ingress and this aspect are perfect for creative work. The energy is particularly suited to symbolic language and high thinking. Poetry, painting, film, stories are all ways to kick the creative mind into gear. Doodle, journal, meditate. Let the higher mind take over. On a day to day level however this is a ‘where DID I put my keys day‘! Constant distraction and a tendency to daydream can be frustrating when you want to create your magnus opus.

The ingress of Mars in Libra that I talked about above is on the 7th December. On the day itself, make a commitment to reflect upon any anger issues as we are likely to be brought face to face with them during the course of this transit. Give yourself  a head start by staying aware of what frustrates you and finding new ways to find peaceful resolution.

Finally on the 8th December we have a twisted picture as Jupiter moves in to oppose asteroid Arachne. As soon as I saw this aspect I thought about my friend who hates spiders. Honestly it was THIS big she says, holding her arms out to the size of a small goat.

The problem with Jupiter is that he likes to exaggerate and Arachne likes to boast. Put the two together and well, you get the picture. Fears can fuel the desire to make an impression. There’s no need to compare, everyone has knowledge and experience to share. Keep your story real and stay true to the reality.

Painting – Detail from ‘The Unity and Justice’ by Theodoor van Thulden