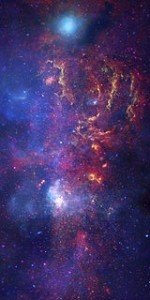 Gemini is about knowledge and the sharing of it but Gemini knowledge tends to be based on facts and figures, a collection of titbits for the mind to flip over and over. Gemini’s curiosity leads to conversations with all and sundry as it seeks mind to mind connection. When the Full Moon is in Gemini, we tend to come to conclusions, tend to think we know what we need to know.

But with this Moon we don’t.

Mercury, ruler of Gemini is sitting opposite the Full Moon, revelling in the delights of mind expanding Sagittarius. But Mercury is out of his depth here; his knowledge doesn’t necessary hold up in the face of those who understand. Knowing and understanding are two different things.

The Sun sits on the galactic centre and just meditating on the chart for a few minutes blows my mind. The Galactic Centre is postulated to be a supermassive black hole so heavy that the entire galaxy spins around it. Everything revolves around what’s inside and anything that comes too close is absorbed and transmuted into something else entirely, including light. It’s as though the Sun is absorbing the energy of the galactic core and shining it on the Moon – like holding your face up to the midday Sun with your eyes closed. It’s too bright, too intense to be able to open your eyes. With Mercury sitting nearby, it’s like receiving divine cosmic instruction but the instructions are written in God script. Some part of you recognises it but it’s a language you forgot. 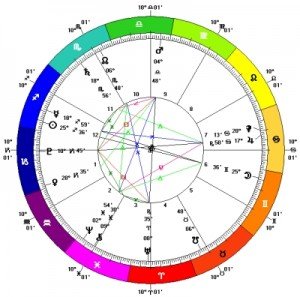 Meanwhile the Sun is also joined by Quaoar, named after a creator God. It’s as though the Moon is staring at something she can’t possibly understand. Our little minds cannot conceive of anything so BIG. It’s beyond understanding.

But still we try. And this is the complexity of this Full Moon in Gemini – trying to understand something so much bigger than ourselves. With Uranus turning direct on the same day, if your chart is aspected either by the Moon or Uranus, you may experience the famous intuitive flashes Uranus is known for but I’m feeling it’s like one of those moments when you’re learning a new language and you realise you know the word for and or the but excited as you are to have finally understood, you then realise that the text still doesn’t make any sense. Everything else is still a mystery lost in translation.

At this Full Moon we might find what we thought we knew shattered by new information or it’s so profoundly altered, it generates a serious need for a re-think. A trine to Neptune offers insight leading to new conclusions. You may experience a feeling of being torn between your head and your heart but in fact neither may be correct. There’s something here about soul knowledge that goes beyond what can be consciously understood. Sometimes all you can do is sit in awareness.

At the heart of the Galactic Centre is the singularity. Gemini however is about duality. The question is how can you reconcile the two?

I’ve been practising mindfulness meditation recently and a key phrase from the guiding voice on the cd that seeps into my stilled mind during these meditations is ‘moment by moment by moment’. Gemini, symbolised by the twins can have a natural tendency to be in two places at once. Yet with this Moon, it’s about simply being in the moment and accepting ‘awareness’ instead of facts, figures, dialogue. In mindfulness, awareness is focused on the breath. Gemini rules the lungs. This Full Moon feels like the space between breaths – a moment between life and death. Can you put your full attention on a single breath with no thought to the last breath or to the next?

The Sabian Symbol for the Full Moon is :-

If you were to watch a spaceship approach a black hole from a great distance away, the ship would appear to stop at the event horizon and no matter how long you watched, it would never fall in. The spaceship would seem frozen in time.

This symbol invokes a moment where we wait with baited breath for something to happen. There’s an incredible silence which starkly contrasts with the endless chatter of Gemini. It may be a time to hold that thought.

Life is constantly in-formation. The creator God dancing on the event horizon is a reminder that we too are constantly creating and recreating ourselves anew. I’m thinking of Manual in Fawlty Towers – I know nothing!

But in knowing nothing, we also know something – we know what we don’t know. It’s the infinite dance of simply being. Let go of mind.

For those that don’t know and for those who need a little light entertainment after the intense mind stretching of this upcoming Full Moon, here’s the Fawlty Towers clip 🙂