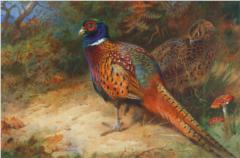 Heads up people, we have a stonking New Moon to kick off the New Year and ‘kick off’ might be an apt phrase for what’s happening in this chart! For almost the entire month of January we have a Cardinal Grand Cross in the skies and it’s not pretty I have to say. But this is only the prequel, the Hobbit to the Lord of the Rings, with the big story occurring in April as the Grand Cross moves into its closest alignment. The general feeling is that how we handle what’s happening this month will have a significant effect upon what occurs in April.

I’m looking at the chart and boy does it mean business. The phrase that pops into my head is ‘get your s**t together‘. This is a no holds barred, no playing nice New Moon but sometimes we need a kick up the backside to get things moving. A stellium of planets in Capricorn (the Moon, the Sun, Mercury, Venus and Pluto) brings this sign’s energy up close and personal.

With this sign presiding over the darkest time of the year, Capricorn is naturally serious. Dutiful sometimes to a fault, Capricorn does what needs to be done without complaint. Yet in the Northern Hemisphere, the Sun’s entry into Capricorn heralds the re-birth of the Sun, so deep within this sign is the mystery of light, the seed within darkness. Perhaps this is why Capricorns are known to have a dry sense of humour because they see the light in the dark.

The New Moon is conjunct Pluto and Mercury, square Mars and Uranus (triggering the ongoing Uranus-Pluto square) and opposite Jupiter. Jupiter is also conjunct Black Moon Lilith (true position). It’s intense, it’s dark, it’s ominous but the trick is to stay true to your word and keep pushing on. It’s about doing the work, even when you don’t want to because the trine from ruler Saturn to Jupiter suggests that there is a feel good factor in a job well done.

The challenge is likely to revolve around holding your tongue as Mercury and Pluto together with the Mars and Uranus squares seem to suggest it’s easy to leap to conclusions based on fear. Rash words spoken now are likely to make more of an impact than intended and they can’t be taken back. Choose your words carefully as they carry more weight than usual. The opposition to Jupiter along with Black Moon Lilith is akin to a screaming match unless you keep your thoughts firmly under control. Venus, who normally would smooth over any arguments, is currently retrograde and her only aspect is a semi-square to Chiron so she’s of no help as she’s far too sensitive for her own good right now.

What’s more is that this Moon is also conjunct asteroid Toro. Toro is Latin for Taurus/bull so basically this is New Moon on steroids and yes the ‘bull in a china shop’ analogy works well here! Own your fears and then release them in a healthy way. Work off the excess energy through exercise, cleaning, walking, running; anything that gets the blood pumping. If you see a red flag waving, count to ten before reacting if at all possible. One of the attributes of Capricorn is restraint.

The Sabian symbol for this degree is :-

A Large Group Of Pheasant On A Private Estate

This symbol seems to ooze ‘privilege’ and the selective aim of capitalism to create a world of ‘haves’ and ‘have nots’. Pheasant are considered game birds but it is anything but fair game when birds are raised to be fat and slow, so unlike their Asian ancestors. These days the birds are raised purely for money and sport and whilst some are still eaten, the majority of the remaining carcasses after a shoot are simply buried as there’s no use for them.

Within this symbol then, we see the natural drive to survive and ultimately to succeed has been twisted into a shadow of it’s former self. We see how rather than using our human intelligence to work with nature, it has tipped over into the abuse of nature. It is possible that green themes may be a talking point this month.

On a personal level, this symbol asks us to become aware of our own hunter instincts and to reflect upon our own part in the current economic system. It may raise issues of what we consider to be ‘fair game’ in our lives. It subtly reminds us to be aware of where we may have grown complacent.

Some of the fears I mentioned earlier may revolve around a fear of being ‘shot down’ or a fear of losing your position or status. The point is that even when he’s on his knees, Capricorn never, ever gives up. In between all the heavier aspects is a sextile from the New Moon to Chiron – you have a chance to work through the pain and in so doing, it can teach you a great deal about what you perceive to be your limits and levels of endurance.

Look to where the stellium of New Moon planets are hanging out in your own chart. This is the area of life that requires work. You may be called upon to do your duty, to take on more responsibility, to show humility, to take action against inequality, to consider what empowers you and where you think you hold power, to consider how you use your power.

With the closest aspect to the New Moon being the conjunction to Pluto, despite the challenging aspects, it reminds us that we each have power – and together we can build a very different world.

Painting – Cock and hen pheasant in the undergrowth by Archibald Thorburn