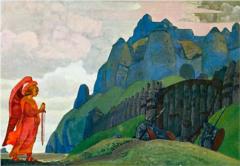 I’m an astrologer. I’m meant to go with the flow, study the planets, meditate on the meaning, assimilate the meaning, understand the full potential of any aspect both positive and negative – but holy hell the first pass of Saturn opposing my natal Mars knocked me over and with natal Mars in Taurus it was like being sucked into quicksand, uggh! The more I struggled, the more I sank deeper – into a pit of depression and frustration and inner rage that threatened to spill out in all directions like an oil slick poisoning a normally calm sea…

Saturn is duty, structure, responsibility, mastery. He delays, restricts and slows everything down. When transiting Saturn confronts natal Mars in the chart, often it can manifest as a feeling of utter defeat. I think of it as the Ten of Swords transit but the key lies in the exaggeration of the card. One sword in the back would have done the job. Here we have ten. It’s extreme, it’s over the top and in some ways laughable. You have to see the funny side but that is a challenge with Saturn, I know.

Saturn opposing Mars can FEEL deadly. It can feel like everything and everyone is against you. Saturn will force you to look at your motivations with laser sharp precision. If you have procrastinated (as I have) through fears (the flip side of anger), then Saturn will show the consequences and do away with excuses.

Often the opposition manifests as fears and unowned parts of the self being exposed through confrontation with others. It can feel as though you are being opposed by others on all sides. Most common is a feeling of being at the mercy of figures of authority – everyone from your boss or Father to official red tape that makes you want to tear you hair out and a have a full on stampy foot tantrum! But these kinds of oppositions are often a reflection of the shadows inside that haven’t been given the time of day.

A sense of defeat can be characteristic of this transit yet there is an old Chinese proverb that you’d do well to remember: –

If you get up one more time than you fall, you will make it through.

Many things may be demanded of you during this transit and sometimes it may seem as though what is being asked of you is unreasonable. Saturn and Mars can in fact help you to understand where limitations may have curbed your actions or ability to assert yourself and conversely it also shows where some boundaries need to be set.

Mars is your will and drive. With Saturn breathing down his neck, it may take enormous effort to achieve what you want to achieve during this time. Faced with competition, you may feel like you don’t measure up and doubts can plague you to the point of paralysis. Mars want to act – to DO something to make it right but Saturn is cautious, sometimes to a fault. What is needed is carefully considered, sustained action. The trick as ever with Saturn is to do the work. Despite sometimes enormous frustration, if you can learn to implement a steady, organised approach you can achieve a lot. This transit can teach you a great deal about what motivates you and how you can motivate yourself to do the things you want to do as well as deal with those things that you don’t want to do in an adult way.

To conquer frustration, one must remain intensely focused on the outcome, not the obstacles. T.F. Hodge,

Unresolved anger can rise up from nowhere. Railing against the system, what happened when you were six or anything else for that matter won’t help. But the anger must be dealt with, channelled or otherwise acknowledged. Robert Hand and other astrologers note that this transit can be plagued by illness if anger is turned inwards. Hardening of the arteries and arthritis are two noted conditions. In extreme cases, anger can manifest through accidents. Hard physical exercise is one route to siphoning off excess negative energy. Personally I’m finding that meditation is another (my Mars in Taurus never did like exercise!). Meditation teaches me to stop struggling in the quicksand. Inner stillness is key.

The key word for Saturn opposite Mars is patience. Everything will happen in its own sweet time. Saturn is the ruler of time and he’s most likely going to let you know that he’s the boss! But if you let Saturn show you the way, you might just find that he does wonders in the end for your confidence. Once this transit passes, you’ll probably hold your head just that little bit higher knowing that you’re finally strong enough to deal with whatever life throws at you.

Keywords and phrases
Patience, stamina, perseverance, resistance is futile! Blocked at every turn, keep calm and carry on, rage against the machine, where there’s a will there’s a way.

What has been your experience of transiting Saturn opposing Mars? Please share in the comments below. A problem shared is a problem halved as they say 🙂 If you are looking for an interpretation of this transit in your own chart, please check out my readings page.