The first Full Moon of the year is also known as Wolf Moon. It evokes image of wolves pacing silently through snowbound forests and the eerie howls of hunger in the depths of winter.

There is something dark and instinctual about this lunation. The Moon as ruler of Cancer is already strongly placed but here it is emphasised by a conjunction to Black Moon Lilith. It makes me think of staring out into the forest and suddenly seeing five pairs of eyes looking back at you as the pack catches your scent.

And just to ramp up the energy, this Moon is also conjunct asteroid Varuna. Varuna was the Hindu God of the element of Water – ruler of seas and the celestial ocean. This energy is much like an Indian Neptune. Put all of this together and we have an intense emotional high tide. Black Moon Lilith can bring up issues of where we feel rejected and exiled. Perhaps it’s like being a lone wolf, hearing the cries of the pack in the distance, knowing you can never join with them, never be part of what they have. There are themes of belonging and longing rippling along these cosmic waves. It may manifest as haunting loneliness, insatiable ‘hunger’, a need to find someone or somewhere to call home. Note that the Moon too is square to Ceres – the Goddess commonly associated with food.

The Sabian Symbol for this lunation is :-

Guests Are Reading In The Library Of A Luxurious Home

I’m reminded of the scene in an old movie ‘Company of Wolves’ which has a scene which shows a banquet descend into chaos as the glutinous people begin to feast and then slowly turn into wolves fighting over food.

It makes me think of how our homes are a barrier to the natural world. They protect us from ‘savage’ animals and the whims of the weather. Yet within each of us is a beast. We too are animals and just like animals we have a need for warmth, for love, for touch, for food. We need these basic things to survive. A home without these real luxuries becomes a hollow shell.

In one way this luxurious library shows how we have triumphed over our basic instincts. The mind has overtaken them. We have a body of knowledge that has boosted intellect into supremacy. But when it comes down to it, our instinctual urges still bubble beneath – leaving us yearning for what we don’t have or what we cannot forget. It is wise to share the knowledge we have between us but wiser still to remember the natural bonds that connect us, both to each other and to all of nature.

The Sabian symbol also reminds us of one of Cancer’s motivations – to build a comfortable, secure nest. Cancer is a sign associated with money because in this society, it is the currency we use to trade for the things we need. But the Full Moon is opposite Venus which in turn is retrograde in Capricorn. It seems a stark reminder that money cannot buy love. 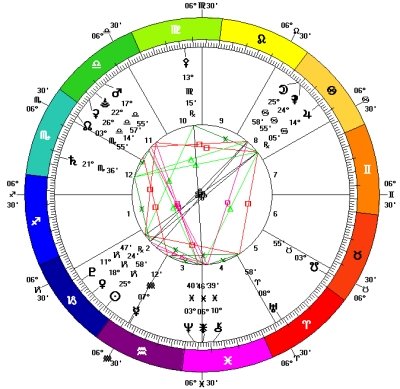 Venus also perfects a square to Mars shortly after the Full Moon so a conflict between basic flight or fight (Mars) and doing the socially acceptable thing (Venus) is raised. If needs are not met during this time, there is a danger of aggravated, emotional scenes. At a more fundamental level, issues between the sexes are also catapulted into the glare of the Full Moon.

With the squares to Goddesses Ceres and Vesta along with the conjunction to original woman Lilith, it feels like a matriarch on the warpath. This is she-wolf energy. The divine feminine has teeth and will not be afraid to use them to protect her own. The natural world may bite back.

If feelings rise up during this emotional Moon, it may feel as though there is no-one to turn to but a trine from the Moon to Saturn says you can turn to yourself. Go within. Hunt out that part of you that knows how to Mother yourself. Whether you are male or female, reach out to the divine Mother within. Connect to your inner wild and yes, howl at the Moon if you need to! Feed your soul.