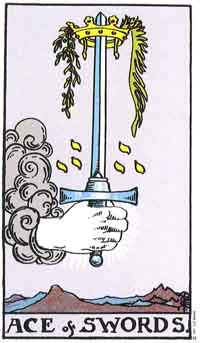 The New Moon in Aquarius plants the seeds of new possibilities. As a sign, Aquarius energy is geared towards the future. Ruled by quirky Uranus, Aquarius thinks outside of the box and has no fear of trying something new or going against the grain. When the New Moon in is Aquarius, it’s a time to start thinking about the future you would like to build. It’s perfect for seeking out new connections to help you towards your goals. Whilst independent action also comes under the jurisdiction of this sign, Aquarius knows that everything is connected. You are part of society and the wider world.

This New Moon is sextile to ruler Uranus suggesting that this is a Moon of opportunity. But in order to take advantage of this, it may be necessary to get out of your own way – adjustments are needed. The New Moon sits at the apex of a yod with Jupiter and Pallas at the base. There may be a tendency to over plan or simply to take a shot in the dark riding on an optimistic high. The best approach marries Jupiter and Pallas together – make a plan and have faith that it will work.

The New Moon is also part of another Yod, this time at the base with Uranus and both forming a quincunx to Pallas. Phew, two yods in one chart – which way to go? The answer is both. It’s like a double message – use your head. Find what works. Negotiate a better future.

Watch for signs (quincunxes) that point you in the right direction or confirm that you have the right approach. These ‘finger of God’ aspect patterns reminds me of the Ace of Swords in the tarot which shows a hand appearing from the sky holding a sword. Are you willing to take it? It’s an invitation from the universe. 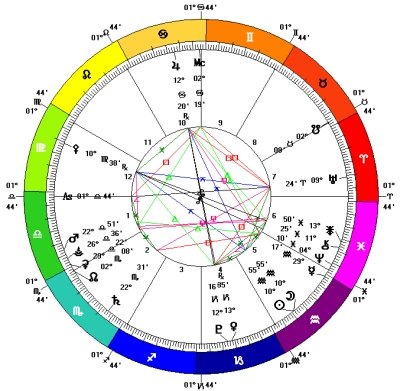 The thing is, when you make a decision to throw it open and see what happens, sometimes initially you don’t get what you expect – which is of course Uranus in action! The New Moon is conjunct asteroid Pandora and you all know what happened when Pandora opened the box! But it’s important not to get stuck with wondering ‘what if’ and regretting never giving it a try – whatever ‘it’ is. With the quincunx from Jupiter and sextile to Uranus, you could land on your feet if you decide to take the unbeaten path. Yes maybe the monsters from Pandora’s box will get in your face but maybe you’ll find that they aren’t as scary as they seem.

Semi-sextiles to both Chiron and Pluto from the New Moon mark these fears – the fear of being hurt, the fear of change. But semi-sextiles are minor irritations compared to feeling like you’ve missed your calling. Despite being ‘the water bearer’. Aquarius runs less on emotion and more on intellectual energy. Aquarius often has strong ideals and is intent on finding a way to make this ideal a reality – remember Saturn is the co-ruler of this sign. It takes some work to get things off the ground but once the ball is rolling, the the sky’s the limit!

The New Moon sits on the Sabian symbol :-

During A Silent Hour, A Man Receives A New Insiration Which May Change His Life

This symbol really captures the essence of this lunation. This is about acting on those flashes of insight that the sextile to Uranus brings. It’s about by-passing those troublesome fears and giving some time and attention to your long term goals. Spend an hour in silence – make the space for the universe to speak to you. Give time to your higher mind.

The New Moon chart contains the energy of the Jupiter-Pluto opposition which will perfect the following day. A clash of beliefs is possible with this configuration, perhaps a crisis of faith on a personal level. It’s about ensuring you feel safe enough to proceed but at the same time taking that step forward into the unknown. Aquarius is also the sign of liberation as well. Time to break the ties that bind – or the apron strings!

With Venus getting ready to turn direct shortly too, this chart seems to bubble with potential. It’s uneasy at times and there is a powerful undertow but if you can see your way clear to focusing on what is important for you, then there’s strong potential to jump start the year. After the grumpy New Years day New Moon in Capricorn, it feels just as well that we have a second chance to clear the decks and start again. As the herald of the Chinese New Year beginning on the 31st January, this New Moon feels like a distinct push to get back on the horse.