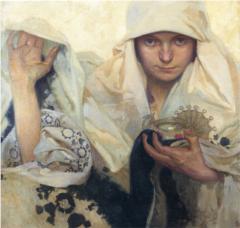 On the 18th February the North Node enters the sign of Libra and will remain there until November 2015. I use the true node by the way but if you use the mean node, the entry date will be the 22nd March. Regardless of true or mean, this year we experience a spiritual shift of attention as the North Node points the way ahead and triggers a new round of karmic lessons to learn. The transiting North Node represents our collective spiritual task.

The last time the North Node was in Libra was from August 1995 to January 1997. It was during these years that we began to embrace connecting with each other online and the United Kingdom gave Hong Kong back to China. Amongst other things, Libra is the sign of agreements and diplomacy.

At the other end of the axis, the South Node will move into Aries. The South Node is a point of release. Some call it the Dragons Tail. The South Node symbolises what we have already mastered. In the natal chart it represents the gift of experience we bring into this life as well as old habits that no longer serve our greater good. It’s to the South Node we run when we need a soft place to fall but the universe keeps pushing us out of our comfort zone towards the teachings of the North Node.

As the axis of karma shifts, the emphasis is on releasing selfish attitudes and embracing working with others. The shadow side of this transit is passive aggression where people seem to be getting along but really it’s all a little self-serving. Whilst the call for revolutionary change is still heard loud and clear from Uranus in Aries, as a race we are pushed towards putting our heads together to find the best solution for the way forward. Aries is the Warrior, Libra the Peacemaker – and God only knows, we need a little peace.

During the passage of the North Node in Scorpio, many secrets have come to light and truths told. Edward Snowden for example exposed government secrets that were held for the sake of power to the detriment of the 99%. In the UK, the sexual abuse scandal rife within the walls of the BBC began with a documentary on Jimmy Saville which exposed the extend of his predatory behaviour as well as raising questions about the public bodies that protected and enabled him to commit such foul crimes. All this just as the North Node moved into Scorpio. Issues of power, control and corruption have been rife during these years.

So now with all this brought to light, the North Node challenges us to start again and to see how we can get along with each other. The blatant manipulation of the dark side of Scorpio no longer works. Empowerment has come through the truth, however nasty. The problem is, the South Node in Aries says that we can’t just stay angry about it. We need Justice (Libra) so that we can regain our balance.

With Venus and Mars becoming rulers of the transiting nodes, our own personal relationships will also come to the forefront. On a mundane level, sexual inequalities and gender issues may become more prominent. Venus and Mars, woman and men have just got to learn to get along.

As the ruling planet of the North Node is Venus, this Libra transit brings the opportunity to notice the similarities between each other in order to facilitate harmony. Venus naturally looks for ways to smooth troubled waters. The sign Libra is about give and take. For the next 18 months the North Node will push us to find ways to agree. Going it alone won’t work. Our leaders, politicians and diplomats may be forced to put their heads together to find ways to work together.

In our own lives, it will be necessary to reach out, to slow down, to be confident in our dealings with others. The house where the transiting North Node is travelling will show you where you will need to recognise similarities instead of differences and where you need to embrace a alternative or even opposing perspective. It’s time to share what you have and what you have learned. Share your gifts, share your kindness. It’s not a competition or a battle. Find a way to agree to disagree if you must. The transiting North Node in Libra shows us that peace is possible.