Home Retrogrades Mars Retrograde 2014 – It’s Not You, It’s Me 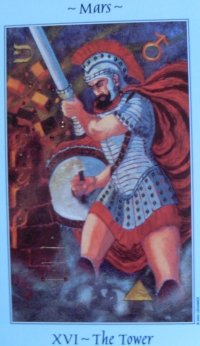 As I mentioned in my New Moon post, Mars stations retrograde on the 1st March 2014 where it will remain until the 20th May. Normally Mars will pass through a sign within a couple of months but the retrograde action will mean that Mars stays in Libra for around 8 months, ramming the message home!

Mars first entered the shadow zone of this retrograde period on the 26th December 2013 and will not be out of the shadow zone until the 21st July. You may have already been feeling the slow down – perhaps even more so whilst Mercury was retrograde during February. With almost seven months of Mars’s journey through Libra either retrograde or in shadow, it suggests that there’s a lot of work to do!

Mars is about action. He is your passion, you go-get-’em enthusiasm and willingness to assert yourself when you need to stand your ground. He is also the planet that ignites when someone presses your buttons and the part of you that will fight to the death to protect someone you love.

Mars is forthright, heady and active. He doesn’t like to hang around. He doesn’t plan. He doesn’t count to ten before erupting in anger. Mars acts, immediately. Mars is your own inner warrior who protects everything you stand for – and Mars sometimes gets directly in the way of what you want. Sometimes we go on the offensive or defensive, driven by old psychological fears. As co-ruler of Scorpio, Mars connects to base instincts – flight or fight, do or die. By the same token, this instinctive drive also manifests as passion. Both the kind that gets you out of bed in the morning to the job that you love, to the kind that gets you in bed with the one you love – or lust after!

Mars is in detriment in Libra as he is opposite to the sign he rules. Libra is all about being polite in company and taking pains to ensure everyone is treated fairly. Libra is cerebral. It’s all about the other. Mars is awkward and out of place here because Mars is all about the self. In Libra, Mars will bring up many questions about how we deal with one to one relationships and relating in general. Mars in Libra can be passive aggressive or he can turn on the charm offensive. Suddenly it’s not about what you want any more – it’s about what others want and how to marry those wants together in a way that is acceptable to both parties. As Mars reverses, previous agreements, compromises and promises all come under review.

When Mars turns retrograde, old anger can re-surface but it is wise to sit with it for a while and explore the real reasons behind it. Start an argument now and you are liable to find that you’re on the losing side. Likewise as I mentioned in my video, it’s best to avoid instigating a lawsuit during this time as you may be handing the other party the winning ruling.

Slow progress may drive you to distraction. It may be the time to cut your loses and put your energies elsewhere. But retrograde Mars can also give you pause to consider how and why you are using your energies. If it isn’t working, maybe your heart’s not really in it – or perhaps you just need to re-ignite your passion. Perhaps it’s about getting the work/life balance right. Maybe you need to spend more quality time with your partner. Perhaps you’ve been avoiding them for a reason. Mars retrograde will get under your skin to root out the real reasons for why you do what you do. It isn’t always pretty, but it is necessary. Anger, frustration, defiance, lack of motivation, fear – these are all Mars retrograde red flags asking you to stop, look and listen.

A Man Becoming Aware Of Spiritual Forces Surrounding And Assisting Him

It makes me think of those times when you push and push and yet still it doesn’t work. It feels like something is standing in your way. Sometimes when you stop pushing, you find that the universe is guiding you to something better. Mars is also strongly connected to the ego. During this retrograde, perhaps the ego will have to play second fiddle to the greater orchestrated pattern.

During the retrograde period, Mars will raise merry hell by clicking the Cardinal Grand Cross into place. During this time he will square up to Jupiter and Pluto and oppose Uranus. At that time, we will come up against bigger forces at work which challenge to get clear about our own position as well as testing weak links – either in relationships, or within ourselves, quite possibly both.

Check the house/s where Mars is backtracking in your chart. These are the areas of life where it is important to cross-examine your motivation and goals. Retrograde Mars will make you are aware of what you are running away from, as well as what you are pushing towards. Maybe you haven’t been putting in enough effort, maybe it’s been too much. Perhaps you need to be more daring, more courageous – perhaps you need to back off. Monitor what comes up during this time.

Mars will station direct on the Sabian symbol :-

Having Passed Through Narrow Rapids, A Canoe Reaches Calm Waters

The symbol says it all! This retrograde period may be a little hair-raising at times or it may be an exciting ride. It’s likely to be a combination of both. There may be times when you feel like you are up **** creek without a paddle but sometimes it’s in those moments that we find our true courage. After the wild ride, we arrive fresh-faced and invigorated, despite the wild beating of the heart and limbs shaking from exertion. Perhaps the rapids are the spiritual forces mentioned in the retrograde Sabian. Unbelievably, after writing the previous sentence, I got up to move something on my shelf and just burned my fingers on a metal angel candle holder! Yes Mars, very funny!

These may be trying times and the results of what you are doing may not be immediately obvious. If you find yourself in conflict with another, remember that they are a reflection of yourself. How you handle your anger, may be the deciding factor. “It’s not you, it’s me” may for once be true. Mars retrograde in Libra will teach us all something about the way of the peaceful warrior and help us learn what is truly worth fighting for.