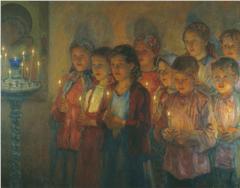 This lunation offers a pause for reflection as we descend in the watery realms. The New Moon is conjunct Neptune (ruler of Pisces) and Chiron, the Wounded Healer. A trine to co-ruler of Pisces (Jupiter) makes this a significantly watery affair.

It’s soft, sensitive and easily hurt. This is either floating peacefully, letting the waves carry you where they will or it’s floundering as you lose your footing, spitting out salty seawater, gasping for air. Maybe you’re waiting for someone to rescue you. Maybe it’s time to rescue yourself.

Pisces is the last sign of the zodiac. It’s the place where the ego dissolves and we see our interconnectedness with all of life. Pisces is the place of the soul. It is the source of all things and the recognition that there is a binding thread between us. 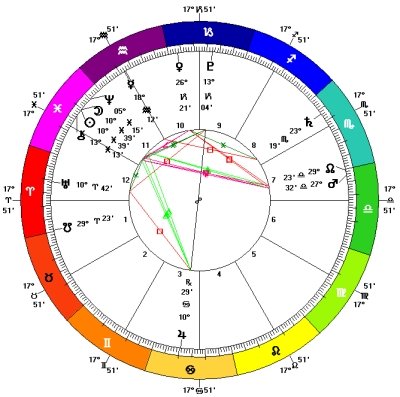 The New Moon in Pisces is perfect for artistic work as your imagination is opened to the deep pool of the collective unconscious. Engage your imagination. Read fairy tales from long ago or myths from around the world. The archetypes are bubbling beneath, longing to tell their stories.

Pisces asks you to retreat for a time from the necessities of daily life. Rest, sleep, dream, meditate and contemplate your place in this vast universe. If the sky is clear, lie down on the ground and gaze at the stars. Ask the big questions – when did it all begin? Is there life on other planets? If space is expanding, what is it expanding into? Feel yourself floating. The stars seems constant yet everything is moving and changing. Some of the stars you see have already died long ago. Their light took eons to reach here.

You belong to the stars. You are an eternal traveller, passing from life to life.

The New Moon chart contains the Mars station retrograde which happens just a few hours after the New Moon. Mars has already come to a dead stop. There’s a hush in the air. Sound is muffled, like being under water. Maybe you have that sinking feeling – a feeling of despair. You may feel helpless or weak. Maybe you feel overwhelmed by the harshness in the world – the wars, murders and downright cruelty that human beings can wage upon each other. Maybe you feel as though there’s nothing you can do.

And that’s the point under the Pisces Moon. Sometimes it’s about surrender.  In the Tarot, the Hanged Man relates to Neptune. Upside down, he sees life from a different perspective. The shining halo around his head indicates that sometimes when you can do nothing else but wait, enlightenment comes.

This further amplifies the sense that during this New Moon, we must travel inwardly. This has been the journey of all humans stretching back into the ancient past and on into infinity. Guilt, shame, despair, grief can make us feel utterly alone. Yet in truth we are all travellers together. Our separateness is just an illusion.

In my mind’s eye I see the glittering path of the setting sun on the ocean. This lunation is a reflection on what has been and all that will be. Inside of you is an inner sanctuary filled with light. Jupiter is opposite the asteroid Nocturna and is the handle of this bucket-shaped chart. Within your darkest moments, you can find faith.

Painting – ‘In the Church’ by Nikolay Bogdanov-Belsky