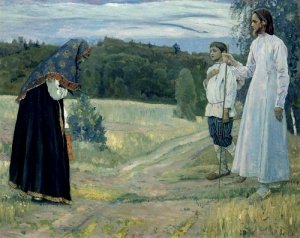 The upcoming lunar eclipse will be a total eclipse; the first of a series of four, two of which will occur during 2014. A total eclipse tends to have a little more kick than a partial eclipse and as it is amidst the already pressured skies, it can be anticipated that this lunation may have some surprises in store. The eclipse will be visible over parts of Australia, New Zealand, the Pacific and North and South America.

My Grandmother used to call these blood Moons and superstition suggests that they are harbingers of doom – not a particularly cheery thought in the midst of the Cardinal Grand Cross! Certainly this Moon packs a punch but it’s more of a sidekick with the only aspect being a sesquiquadrate to Venus. The problem here is that there may be a desperate attempt to try to make everything alright, to smooth over any issues, to shove away anger, pain and downright frustration because – it’s just not nice! But with the eclipse in Libra, these things must be addressed to bring you back into balance.

The chart contains a tight square between Mercury and Pluto which perfected just a few hours before the eclipse so there’s an obsessive edge. Plus Mercury is still conjunct Uranus, so obsessive and unpredictable. When you get a bee in your bonnet, when you feel you must say something or do something or make a decision – those are the times when you need to just sit with it for a minute to get your bearings. The more under pressure you feel, the more likely it is to make a mistake. This eclipse feels magical but magic can be a heady poison. 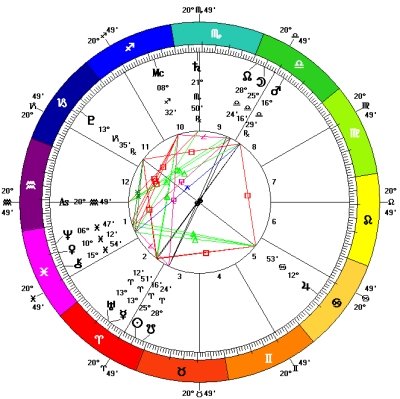 The Lunar Eclipse Full Moon is conjunct asteroid Hekate. So now you are sitting at the crossroads, tapping your foot impatiently, feeling some ominous sense of dread and thinking ‘which way, which way?’. Hekate is there, just through the other side of the veil, whispering ‘this way‘! And if you sit very still, tune in and let those scary thoughts form, maybe you’ll find you can tune into her voice. This is a time of transition. It’s everywhere and nowhere. Can you be with that?

Mother Goddess Ceres is there too, conjunct the Moon but she isn’t going to mollycoddle you. She’s going to let you make your own mistakes. Then she might give you a good talking to for not listening to her in the first place! Ceres and Hekate together is like magic mushrooms or ayahuasca. Mother Earth has her own magic that can trip you into revealing the true power of your mind or trip you up if you disrespect her. Things may feel disorientating. There’s something shamanic in this moon. Watch for power animals. They bring you messages.

So you’re at a crossroads. Hekate knows these inbetween places. She’s in that space between one door closing and another opening. She knows the magic of the moment, the power of NOW and during this eclipse, if you are brave and sit with her in the dark, you may find that she gifts you with a little magic.

The Lunar Eclipse sits on the Sabian symbol :-

An Eagle And A Large White Dove Change Into Each Other

The Eagle is a bird of prey known for its hunting ability and being ‘eagle-eyed’. It is all seeing, all knowing, inspiration, determination, freedom and absolute control. It is a solar creature. The white dove is used as symbol of peace after the story of Noah in the Bible and is considered a sign of divinity – a message from God. Doves also produce ‘milk‘ for their young and therefore connect to the concept of Mother, nurturing and the Moon.

This symbol is about merging, yin and yang. It’s about seeing the other side, literally with Hekate as well as metaphorically. The Lunar Eclipse allows you to step outside of yourself for a short time, in order to gain a different perspective. It may also be about bringing together disparate elements of your life that seem to conflict.

The Lunar Eclipse is the first act of the drama this month. It requires release. Hekate draws back the veil between the living and the dead, the past and the future. These old ghosts can’t be allowed to haunt you anymore. Click your fingers. Make them disappear. Yes, you are that powerful.

This lunar eclipse reveals what was once hidden. It is both the way and the sign. Hekate knows that deep down, you know the truth and that’s what matters. That’s what gives you real power. The Cardinal Grand Cross will require your strength. Old demons tax your energy. Hekate as torch bearer will shine a light in those dark places, banishing what was and opening the way for things to come.