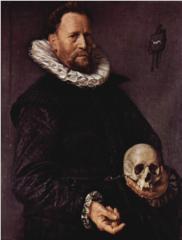 It was a dark and stormy night…

The Scorpio Full Moon in general can be an intense one. It arouses instincts, passions and paranoia. With the Sun in Taurus, there is a hunger to go beyond what can be seen, felt and touched. The Scorpio Moon knows there is something more under all this stuff and wants to get to the truth. But in order to do so, it’s necessary to go to some scary places within as well as let go of some of those things that seem real but are in fact holding you back from discovering greater depths.

This lunation has a taste of melodrama around it. The Moon is conjunct Saturn in Scorpio, and also conjunct asteroid Huya, the rain God. Eeyore aspects if ever there were some – it never rains but it pours! There may be a tendency to try to suppress or deny what is happening around you, to stick up a metaphorical umbrella and pretend it isn’t raining at all. Alternatively, maybe you wear your black cloud like a crown:

But Saturn here can work in your favour. With Saturn on the case, there’s no option other than to sit with whatever is happening. Deny all you like; it’s still there and Saturn will make you notice it. The quicker you face up to the truth, the quicker you can process and release whatever is holding you back, leaving you feeling more in control. Giving up the ghost may seem like an option. It isn’t. It’ll just come back to haunt you and kick you in the backside at a later date. 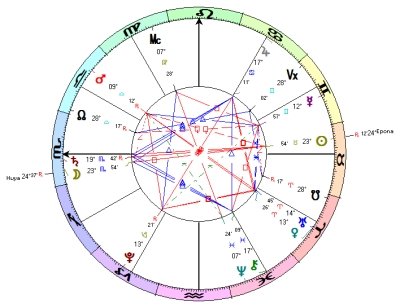 Pluto, the ruler of this lunation is square to Venus and this aspect perfects on the same day as the Full Moon. The challenge here is that there is a significant danger of trying to hold on instead of let go. This can be a manipulative, obsessive aspect and sometimes triggers issues of control. Venus here wants – compulsively. Issues around love and money may be a source of significant tension. She’s probably not going to like the Saturn effect much. The last thing Venus wants is to feel uncomfortable. But sometimes discomfort is necessary – especially if you’ve been sitting in the same place for too long. Saturn and Pluto are like planetary pins and needles which remind you that your energy isn’t flowing, your blood isn’t pumping. The snake needs to shed another layer of skin in order to grow. Venus is also conjunct to Uranus so for all her compulsive wanting, there’s also a curious desire to break free, to be released from the bondage of these obsessions and compulsions. If you find yourself holding on during this lunation – let go, see what happens.

Growth is important right now as the Full Moon trines Jupiter who in turn perfectly trines wounded healer Chiron. Even though we still have the Cardinal Grand Cross and Mars fretting in the background, there is also a fabulous Grand Water Trine with Saturn forming the third wheel. So whilst things on first glance may seem dire, there is something potentially transformative at work. Nothing can be taken at face value. We can either remain doubtful (Saturn) and complacent (Jupiter) leading to victim consciousness (Chiron in Pisces) or we can resolve to face the truth (Saturn in Scorpio), develop and broaden perspective (Jupiter) and heal (Chiron) The trines are there for the taking.

The Full Moon sits on the Sabian symbol :-

After Having Heard An Inspired Individual Deliver His “Sermon On The Mount,” Crowds Are Returning Home

This symbol relates directly to the Grand Water Trine. Jupiter is certainly given to sermons when he wants! The issue here is that there are all times when we feel inspired by someone or something. Maybe we see or perceive something that is potentially life changing. Things sometimes happen that blow our current world view out of the water.

The difficulty is that whilst these peak moments can be incredible, at some point you have to come back down to earth. This Moon conjunct Saturn then is posing the question, how can you put what you know into daily practice? How can you make this knowledge a steady part of your life? THIS is what makes it transformative. The truth takes consistent effort to uphold over time.

The Sun is on asteroid Epona during this lunation. Epona was a horse Goddess. Taking the Sabian symbol into account, there may be a need for some to climb down off their high horses. It’s no good preaching change. We’ve got to be the change.

Saturn has a propensity to moan. I don’t want it like this. I hate it. It’s no good. I’m no good! This Full Moon requires that we all take a long hard look at what we don’t want and then actively let go of it in order to make room for what we do want. You have the power to make it real.

Painting – Portrait of a Man Holding a Skull by Frans Hals