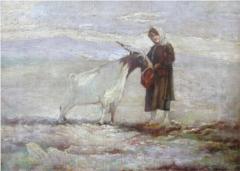 The Full Moon in Capricorn sheds light on your ambitions and desire to succeed. This is serious grown up stuff. With the Sun in Cancer, the Capricorn illuminated Moon reflects back on what you have learned so far. Are you your own authority now? Do you feel you are on the path towards your soul purpose? How have you matured? What else needs to be done in order to make it happen?

“The man who moves a mountain begins by carrying away small stones.”Confucius

Capricorn has a ‘never give up’ side to it. This is a hard working, dedicated sign which honours its commitments and acts responsibly. It may not seem like a lot of fun but Capricorn knows that working hard now has its pay-offs later on.

The difficulty with this lunation however is that it’s square to Mars which is huddled with Ceres and Vesta around the North Node. There can be a tendency to try to bulldoze ahead, even if you feel unprepared. Using this tough square to its best, it’s the perfect time to focus on building your confidence by simply doing the work required. And yes, there may be an element of toughing it out necessary. With the Full Moon widely conjunct Pluto, this shouldn’t be a problem as Pluto here feels as hard as nails!

With Jupiter widely opposite the Full Moon, it may feel like the universe is dangling something wonderful in your face but every time you move towards it, it seems further away. It’s the carrot and stick effect and maybe you’re getting tired of it. Grumbling about it won’t help. With the Moon square to Uranus as well, you may be sorely tempted to throw in the towel or have a full on stampy foot tantrum. I. Don’t. Wanna! Watch for knee jerk reactions. They are more trouble than they are worth. 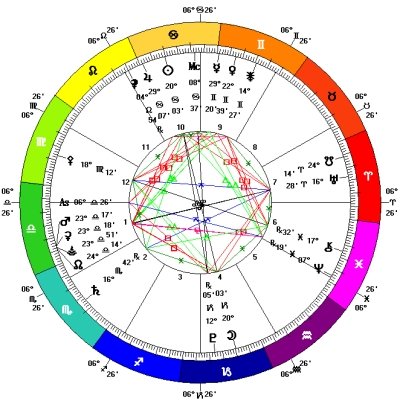 But this grumpy Capricorn Moon does have some saving graces. The key to unlocking the energy of this Moon is wrapped up in a sextile to ruler Saturn. Yes, it IS hard work but you know what, that can be fun! Turn things about by reining in your long turn vision. Stop staring at the carrot and look at the right now. Now is where you have the power. Now is where you have the strength. Now is where those brilliant ideas can be put into action. A sextile to Chiron too also offers a helping hand. The grown up thing to do is ask for help if you need it – a friend, a mentor, someone who’s already climbed that mountain you’re staring at.

The crucial point of the race is when the baton is exchanged. When you pass the baton, you’re handing over responsibility to the next person in line. It’s up to you to keep up the pace and place the baton firmly in their hands.

It’s all about team work. Maybe this Full Moon is a time to consider where you can delegate your responsibilities to free up time. How can you manage your time and energy more effectively? Are you filling your time constructively? Are you keeping up the pace? Who or what are you in competition with? The square to Uranus and Mars may ignite a go it alone attitude but you can’t get to where you want to be without a little help sometimes. The more you learn now, the more you can pass on to the next generation when the time comes.

The other side of this Sabian is – it isn’t a race! Trying to get there quicker may lose you more time than you save. You can’t cut corners with this Capricorn Moon.

This Full Moon is all about self-discipline, being in the now and using your energy wisely. If you’re stuck, ask someone who knows. If you are tired, catch your breath and then get back to it.

Sometimes we can’t always see the results until much later down the line. When you’re peering up at a mountain of work, it may seem like it’s an impossible task but as they say, it all starts with the first step. Harness the passion of Mars, the power of Pluto and originality of Uranus. Jupiter says, believe in yourself. Mars on the North Node with Ceres and Vesta shows you must sustain your dedication to pursue your spiritual goals. Just keep putting one step in front of the other and you will conquer you own personal mountain.