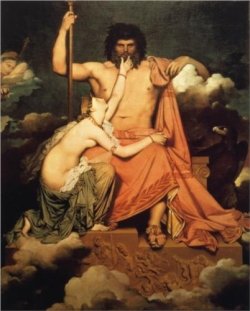 So Jupiter has entered Leo and I’m thinking about my Jupiter return. As my natal Jupiter is at 25 Leo, it won’t come around until next year but as several people are asking about this transit I thought it would be a good time to write about it.

Firstly, let’s take a look at the meaning of Jupiter and Jupiter transits to put everything into context.

Jupiter in the Natal Chart
Jupiter is the biggest planet in the solar system. A great gaseous giant famous for the raging red spot storm. There is a prevailing myth that Jupiter protects Earth because its gravitational force is so strong it diverts incoming comets and asteroids. Reading up on the astronomy, this is rather a half truth. Jupiter does tend to protect us from comets but is just as likely to fling asteroids into our path. But essentially, despite the facts, in astrology we know him as the Great Benefic.

Jupiter in the natal chart shows where you need to grow, expand your faith, broaden your understanding. He shows the area of life (the house) where you are encouraged to think positively. This Roman Zeus can be loud and dramatic (think of Zeus wielding lightning bolts) but also has the ability to grant great blessings. He was known as the ‘Shining Father’. As King of the Gods, his word is law, hence Jupiter being connected to law and morality. In ancient times, people used to swear on Jove in court (Jupiter) and from this comes the saying ‘By Jove’!

Jupiter in the astrological chart is a protective energy. His presence shows where you are inclined to be generous because you trust that there is enough to go around. Jupiter shows how you attempt to improve your life by gaining an understanding of it. In this area of life, you need to take a leap of faith. Jupiter shows your spiritual quest to greatness – where you can become more than you are. Jupiter’s symbol is the Eagle. This bird can soar to great heights and therefore has a higher perspective of what’s happening on Earth, But Eagle is also ‘eagle-eyed’. It can zoom in on the detail. Jupiter then gives us a sense of where we need to have a good understanding of both the big and little picture.

Jupiter was a bit of a philanderer though. He simply couldn’t get enough much to the annoyance of Juno (who gave as good as she got!). The downside to Jupiter is that he can indicate where we exaggerate, go to extremes, indulge in excess. Blind optimism can be a problem. If you can guard against these then you can tap into the blessings Jupiter offers.

In Vedic astrology, Jupiter is known as Guru. The house position (and aspects) may indicate where you feel like someone is watching over you; where you always land on your feet. Guru reminds you to be open to the wisdom and teachings of others.

The Jupiter Return
Jupiter returns to its natal position around every 12 years so you have a Jupiter return roughly at age 12, 24, 36, 48 and so on. It can be useful to look back to previous returns to see what occurred during those years.  Generally it indicates the conclusion of certain dreams and visions of one cycle and the opening of new ones with the new cycle.

When Jupiter returns to its natal position, it accentuates all the natal aspects to Jupiter. It’s important then to have a good understanding of how Jupiter works in your natal chart first to then get an idea of how the return will work for you. Don’t forget to check the house that Jupiter rules in the chart to see where the results of these changes may take place.

As an example, my natal Jupiter is in the 1st house perfectly trine to Mercury and perfectly square to Neptune. Jupiter rules my 5th house of self expression and creativity. Now, this placement can be wonderful for creative work and I have a rich imagination courtesy of the square. But it also means that I can drift, go off into cloud cuckoo land and dream of doing rather than actually doing! So my Jupiter return will be perfect for writing and creative work BUT I cannot expect that it’ll just happen without me putting some effort into it. Neptune squares aside, this is one of the keys to Jupiter. You have to step up and take advantage of what’s on offer. Sometimes, like Jupiter, people expect too much of the Jupiter return and as a result can feel like it’s a big let down.

I think of the Jupiter returns as being like the rings of a tree that mark growth spurts. There can be opportunities which will expand upon your knowledge and sometimes lucky encounters. Jupiter is very much lord of the ‘right place, right time’ syndrome. Sometimes you might meet people who are influential along your path. Jupiter may show up as an advisory figure – a lawyer or doctor you can trust, a new teacher, a mentor. The Jupiter Return period may be marked by a feeling of being luckier, happier, more optimistic, more positive. Perhaps you start feeling that the world’s your oyster.

Bear in mind that whilst this all sounds rather lovely, sometimes the Jupiter return can be over-shadowed by heavier transits – particularly Saturn. In these cases, Jupiter often provides a sense of light relief or sometimes a feeling of being protected despite being under the barrage of heavier stuff. Jupiter is generally where you look to when experiencing tough transits anyway and it’s extra important during a Jupiter Return. Here is when you can take advantage of the best of what’s happening, even if you can’t avoid the worst.

Here are some suggestions of what to do to make the best of your Jupiter return period :-

When will your Jupiter Return be?

Look to the position of Jupiter in your natal chart. You can cast your chart for free at astro.com. Below are the dates for Jupiter’s ingress into the signs from now until the next Jupiter in Leo…Don’t despair if yours is a while away! Check for when Jupiter is transiting your Sun or conjunct your Ascendant for an injection of Jupiter joy.

Tips for the budding astrologer