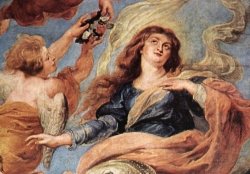 We begin the week with Venus in Leo square asteroid Vesta in Scorpio on the 18th August. There may be a deep pull towards dedicating yourself to something important in your life yet part of you just wants to play or to party and just deal with the good stuff. Maybe you don’t want to get serious. Maybe you feel as though what you are attracting to you is out of line with what your real focus is. Take a moment to look at what’s important to you. What do you value most? Take action to ensure that what you are focusing on reflects the true calling of your heart.

This square is accentuated as Venus then moves in to conjunct Jupiter also on the 18th. The influence of Jupiter here is positively encouraging you to get on board with your long range plans. What’s your vision of the future? Where do you want to go? What do you want to learn? Venus and Jupiter offer joy and blessings but with the square to Vesta in Scorpio, you have to dig deep to access these feelings. You need to be prepared to devote yourself to the journey ahead. With the creative energy of Leo in the mix, this could be the perfect time to create a vision board to get clear about what it is you’re working towards and to give you a psychological boost to get down to the business of making it happen. The opportunities are there.

When it comes to money, Venus conjunct Jupiter can empty the purse pretty fast. Make sure what you a spending your money on is really worth it. There can be a tendency to make grand and generous gestures or spend on impulse but it may all feel a little meaningless. An investment of love and understanding may go much further in the long run.

An opposition between Mercury in Virgo and Neptune in Pisces on the 19th August generates disorientation and confusion – especially as wild Bacchus enters flighty Sagittarius! Bacchus here is encouraging you to break down your resistance to the spiritual meaning of life. Altered states of consciousness are the order of the day but this can tip over into something else entirely. Stay aware that you may be more sensitive to alcohol, drugs and certain foods. Your mind is also ultra sensitive to undercurrents and subtexts. In fact, this might be one of those days when it’s better to speak in person than send an easily misconstrued text or email. Muddled messages as well as forgetfulness are classic Mercury/Neptune manifestations.

At it’s most negative, Mercury opposite Neptune can manifest as outright lies and deception. Trust your psychic radar but ensure you are clear about what is really being said. If you are still confused, sit on it for a bit until the influence passes. All will come clear in good time.

Mercury sextile Vesta however does offer us a solution to some of these slippery problems. Tap into the spiritual side of Neptune through meditation, poetry, music or similar creative work. Give your imagination something to focus on (Vesta) instead of worrying or tripping out on the weird and wacky!

There are some intense energies at work on the 21st August kicked off by Venus in Leo quincunx Pluto in Capricorn. This feels very much like, I want what I want and I want it now – but I can’t have what I want which makes me want it even more! Venus is uncomfortable. Perhaps you feel invisible or ineffectual in the face of other powerful energies. There’s a compulsive edge to this aspect.

Maybe it feels like the price is too high for what you want. This may be literally or metaphorically. The trick with Pluto is to consider to ultimate goal. Sometimes you need to give a little to get a little.

Luckily Mercury comes along to help out Venus with a trine to Pluto also the 21st. It’s really about using your head in this instance. Mercury is in Virgo so this is about sticking to the facts and being practical. Make a list. Make a plan. Consider the pros and cons. Don’t worry that things seem to feel a little uncomfortable. Use the increased perceptive qualities of Mercury to hunt for clues and be prepared to release old ideas that no longer work. When it comes to the spoken word, bear in mind that your words can make a greater impact than usual. Think carefully before you express your thoughts.

A shift of energy arrives on the 23rd August as the Sun moves into Virgo. The focus is now on how you can best serve others after the ego driven days on the Sun in Leo.Look to the house in your chart with Virgo on the cusp, this is the area of life about to be illuminated and where you need to be organised.

Ruled by Mercury, put what you know into practice. This is the sign of honing your skills, training your mind as well as channelling your heart. Practice makes perfect says Virgo. Virgo knows that there is always room for improvement. Stay aware however of where you may criticise yourself too harshly. Striving for unobtainable perfection will only frustrate you. What was fun and enjoyable in Leo can become a chore in Virgo that slowly demoralises you. Set the bar a little higher to strength yourself and hone your skills but don’t set the standard so high that you set yourself up for failure. 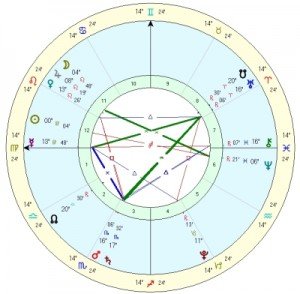 We complete the week with a transiting yod formation created from Mars conjunct Saturn sextile Mercury. Mercury, Mars and Saturn all quincunx Uranus. The conjunction between Mars and Saturn isn’t exact just yet but is within orb. This pattern will play a part in the upcoming New Moon as well. Mercury also opposes Chiron on the 23rd August so there’s some quite dynamic and potentially upsetting dynamics at play.

The quincunxes are electrified by Uranus. You may feel wired and generally out of sorts. I get the image of a live wire waving in the air. With the opposition between Mercury and Chiron, maybe you’re worrying about getting hit by a bolt out of the blue! There’s a strong need to stay grounded. Earth yourself by focusing on the practical. Take things slowly. This gives you a better chance then of channelling this excitable Uranian energy to spark ideas and the courage to change.

Painting – ‘Assumption of the Virgin 2’ by Peter Paul Rubens