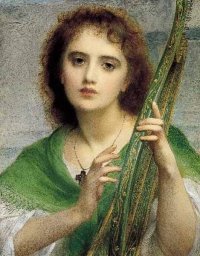 It’s like all the planets have arrived back to work after a holiday. A raft of aspects become exact on this date so it’s a busy day in the cosmos. It feels a little fraught at times, edgy, confusing and yet at the same time, there’s something whispering a quiet truth beneath all the noise.

The New Moon in Virgo generally puts the focus on work and health. It’s your routine, the mundane stuff of life. Virgo is also the sign of skill and service. It’s time to make improvements, shape up and get down to the nitty gritty.

Virgo sorts the wheat from the chaff but the New Moon is opposite Neptune. It makes me think about ergotism, a disease caused by a fungus that grows on wheat. If ingested, it can cause hallucinations amongst other nasty symptoms. The Moon is also square asteroid Bacchus who is associated with altered states of consciousness of the hangover variety. For some, this Moon may trigger a marathon ‘drown your sorrows’ session. There’s a caution here about holding on to something that looks like it could be useful but is in fact diseased, rotten, dead or even simply taking up space and gathering dust. Chuck it out. You don’t need it. Grieving over what was, what could be, what might be perfect, loses sight of what is in the here and now. 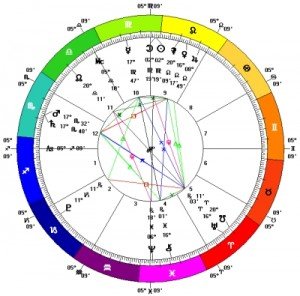 The opposition to Neptune may manifest in a variety of ways – confusion, disorientation, feeling lost, an inability too cope. Maybe you feel helpless, weak, ineffectual. Perhaps your imagination is running wild, sweating the small stuff. Venus is quincunx Chiron, maybe you feel like your wounds are on show.

With the ruler of Virgo (Mercury) forming part of the base of a yod and the New Moon itself sesquiquadrate Uranus which is at the apex of the yod, this Finger of God pattern is a significant player.  Uranus at the apex of the yod is a live wire. With Neptune opposite the New Moon, maybe your imagination is running riot. The Uranus sesquiquadrate is in danger of making sweeping changes, just to get rid of the stress.

As the higher vibration of Mercury, Uranus here is inclined to rebel, fight, take off, say ‘no’ just for the hell of it. For Virgo which is very much a ‘yes’ sign, this might actually be helpful. With the New Moon opposite Neptune, there’s too much of a temptation to say yes for a peaceful life but the anxiety of trying to do too much may weigh heavier than expected. Black Moon Lilith is square Mars-Saturn but trine to the North Node. Lilith was in paradise, the ultimate Virgo perfection but from where she was standing (or rather laying), it was anything but perfect. No one wants to march to the beat of someone else’s drum. Give yourself a break but don’t try to change it all at once. Mars-Saturn sextile Mercury talks of taking tiny steps at first. Small, well considered changes produce big results and are much easier to handle than wild stabs in the dark.

Mars and Saturn can also represent the concept of rhythm. In Scorpio, it’s a heavy sensual pulse. Neptune is music. With Uranus in the picture, it’s almost like a sharp sudden burst of a choir piercing the veil. This Virgo Moon seems to ask, are you in tune with the song of the universe? Are you too sharp (bitter, critical) or too flat (feeling like a martyr)? What will it take to tune up?

“Stop what you are doing immediately! Fingers on lips!”

And then the whispering starts…

The New Moon is on the Sabian Symbol :-

Neptune is sleep, dreams, the unconscious.  Uranus represents ‘awakening’. These two transpersonal planets are saying just that: this isn’t personal, even if it feels like it! What may look like disarray may be in perfect cosmic order.