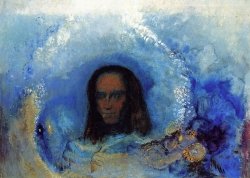 Does it feel like everything is moving in slow motion? Maybe you’re having to be very, very patient! Mars is closing in on Saturn. Right now I have transiting Saturn opposite Mars too, the last pass. I swear I am looking at the clock every 5 minutes…Come on Mars, move along now.

This is what we start with as the week begins, this sense that everything has stopped and to top it all we have a New Moon in Virgo at the same time on the 25th August. It’s like that moment when you stare at your house, knowing it needs cleaning from top to bottom but you can’t move because there’s just too much to sort out. The sky is a hive of activity with seemingly conflicting aspects perfecting all over the place.

Mercury sextile Mars starts it of so mental energy is high. You want to do it. You know you’ve got to do it. And maybe you even make a start. That’s the sextile working, the cogs turning, gearing you up to move forwards. Then Venus pokes her nose in where it isn’t wanted with a quincunx to Chiron and suddenly you’ve stubbed your toe on the lego again.

There’s a sore spot here. With Venus in Leo, it could feel like your pride is hurt. The solution is found in Venus trine to Uranus. Venus takes her hurt pride and bolsters it up with a good dose of perspective. Sometimes life throws you a curve ball. The trick is to juggle it or throw it up in the air and see where it lands. Life or your perception of life can change in the click of your fingers. Love yourself more. Venus trine Uranus appreciates that we’re all different. Love those parts of you that make you who you are.

Mercury closes in to a sextile to Saturn. Great, now you’re doing the work. It’s about taking responsibility for your thought processes and your mental health. Mercury is in Virgo, Saturn in Scorpio. You may find yourself absorbed in the process. If things aren’t working for you, hunt out the reason. Be a detective. No judgements or self-criticism is necessary. Resolve to deal with the facts.

The New Moon itself occurs in the midst of everything. Virgo energy runs high and there’s a sense that it must be sorted out once and for all! But The New Moon is opposite Neptune which is akin to being consumed within a dust cloud of confusion. Maybe you wanted everything to be perfect but the universe has other ideas. Maybe it is perfect already but you can’t see it. There’s something here about trust – trusting what you feel, trusting what you see, trusting the facts.

And then Mars finally conjuncts Saturn and it’s like every clock stops and you’re trying not to cough in the silence.

Sometimes it’s important to stand still, to stop running your life against the clock. Cosmic time is very different to human time. Often we push and push. This has to happen now we shout to the universe and meanwhile the Gods are sitting with their feet up because now to them could mean right now or another five or fifty years. Because to the Gods, every moment in time from the beginning to end is now.

The yod formed from Mercury, Mars, Saturn and Uranus points us back to awakening to a higher perspective. Can you be in the present, this now? Can you just listen for a moment? Those of you with planets or points around 17 degrees of fixed signs (Taurus, Leo, Scorpio, Aquarius) are likely to feel this Mars-Saturn energy the strongest. If everything has moved into slow motion, it’s because the universe is giving you time to see something that you might not notice otherwise.

Bear in mind too that Mars is the co-ruler of Scorpio so even though this combination may feel frustrating, it has the potential to manifest as highly disciplined motivation. If you take a moment to tune in to what’s really going on, you may find a reserve of energy just waiting to be tapped into that allows you to confront and even find resolutions for long standing problems.

So after a slightly head-battering day Venus is down in the dumps with a square to Saturn on the 26th August and than an aggravated square to Mars on the 27th August. It’s like a badly acted soap opera with overly emphatic acting or just acting up. The flip side to Venus here is that it could generate inhibition or classic stage fright. You may freeze up at an important moment. Considering Saturn is in Scorpio, imagining your audience naked might on this occasion be appropriate. On second thoughts, with Venus square Mars there might be a tendency towards inappropriate advances – but it would be a hell of a way to break the ice.

Underneath all of this is perhaps a fear of not being good enough, of not wanting to try in case someone else doesn’t like it. But you are good enough and sometimes you can’t please all of the people all of the time. Work with the best, resolve to learn from the rest.

By the 29th August, no one cares too much anyway as everyone is in cloud cuckoo land with an opposition between the Sun and Neptune. Or perhaps you’re feeling that you care so much that your heart is filled with deep love or deep sorrow. There’s a need to find the balance. This can be a beautiful aspect that carries you on the wings of song, far, far away to paradise and back again.

The challenge here is that Neptune can trigger questions over your identity. Who am I really? What am I here to do? What’s the purpose of all this? These big questions are worth asking but it’s easy to get lost in the myriad of answers. The truth is that you are more than you seem, more than you’ll probably ever know. And that’s the beauty of it. Don’t let the mystery of the unknown scare you. Just know that your soul is singing despite the grumbling skies.

Finally something makes sense as the Sun moves in to a sextile to Ceres on the 31st August. Sometimes it comes down to caring for yourself a little better. Sort out the wheat from the chaff. Spread a little happiness. Blow dandelion seeds into the wind. Considering the waning Sun opposition to Neptune, this might be the perfect time to make a wish and send it on its way.