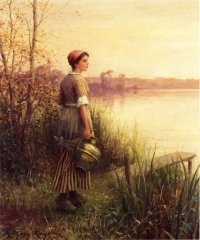 Quick note before I begin – apologies to those on my monthly mailing list. The newsletter will be a couple of days late as it’s been a really busy week!

We kick off the week with Mercury entering Libra on the 2nd September. Communications become more considerate and it’s easier to take in the opposite point of view. This can be a diplomatic ‘ever so nice’ transit that sees you more willing to reposition yourself in order to accommodate the other person. The problem comes when you bend over so far backwards that you fall over. Bear in mind that after Libra comes Scorpio – if you compromise too far, it can lead to resentment. It’s also notable that Mercury will be having an extended stay in this sign (aside from briefly popping his head in to Scorpio before stepping back) due to retrograde action. Perhaps this is because there’s a need for renegotiation in order to avoid unvoiced problems building up.

It may seem easier to sit on the fence during this transit. Decision making feels ponderous as you carefully weigh one side, then the other, then back to the first side and on it goes. If you’re procrastinating over making a decision, maybe there’s something deeper at work than simply pros and cons. A good conversation with a friend or loved one may help to break the deadlock.

Part of the issue may be wrapped up in the First Quarter Moon in Sagittarius on the Sabian symbol :-

A Theatrical Representation Of A Golden-Haired Goddess Of Opportunity

Oh wow, look at that! I want to do that! It looks wonderful!

What may look like a golden opportunity may not look the same in the harsh light of day once our ‘Golden Goddess’ has scraped off her theatrical make-up, taken off her wig and gone back home. Perhaps with Mercury in Libra, you’re looking for an easy solution, something that smoothes everything out. Maybe someone or something is appealing to your heart, to your sense of fun or adventure and there’s nothing wrong in that. It may just need a little more investigation first. The trick here is to note what it is that attracts you, then put it on the back burner until after the retrograde perhaps to see if it’s still worth investigating once Mercury moves into Scorpio by direct motion.

The Sun in Virgo trines Pluto in Capricorn on the 3rd September offering a far more sensible vibe. This could be the perfect day to detox the body or clear out stuff that’s been bothering you. It’s a hard working aspect so if you’re involved in a heavy project that’s left you propping your eyes open with match-sticks, today might be the day to get down to the task. Alternatively, this could trigger a mammoth planning session. Take that project and break it down into little pieces if you feel over-faced.

Going deeper, if you’re involved in therapy or counselling or you just want to get a handle on your own psyche, these two offer perfect analytical powers. A strong sense of purpose sees you hunting down and confronting those shadow aspects to the self that cloud your identity.

The big guys move into action on the 5th September with a quincunx between Jupiter and Pluto. If you’ve been psycho-analysing, this aspect could help you to understand those inner demons a little better but you may have to adjust your viewpoint. If insecurities are undermining your sense of faith in yourself, look to where you can boost your confidence. All the power you need is inside of you. Don’t make a drama out of a crisis. Let the scene play out without judgement, then step back a little to view the big picture.

Venus enters Virgo on the 5th September too and bless her heart, all she wants to do is to make it better. Will you have a cup of tea? A piece of cake? Shall I wash up for you? Venus in Virgo shows her appreciation in practical ways. The little things count with this transit and actions speak louder than words. Don’t tell them you love them, show them.

The difficulty with Venus in Virgo is that if she doesn’t like something, if she can’t ‘make it better’, she’s inclined to criticise and complain. Venus is in her fall in this sign. If things feel uncomfortable, Venus can’t deal with it. She niggles and nudges, fidgets and fiddles because she needs it or you to be just perfect. But no one is perfect. Everyone has flaws. It’s about learning to love them 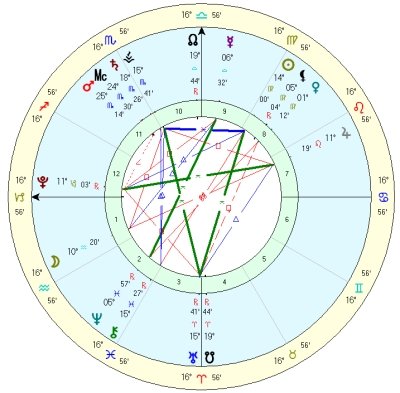 A quincunx between Vesta and Uranus on the 6th September brings a transiting yod into play until the 9th September. The other player here is the Sun. With the Sun and Vesta pointing to Uranus, it’s about raising your vibration. The Sun is in Virgo, Vesta in Scorpio. Focus through service. The daily tasks of life are given an injection of spirituality. Instead of grumbling over the washing up and whose turn it is to take the rubbish out, it’s about being present in the moment, making these humdrum chores into sacred meditations. Venus in Virgo knows this when working at her highest. Uranus is on the Sabian symbol :-

The truth is that Spirit is at work in everything, in every moment. Yes, even when you are cleaning the bathroom. It’s all about awareness. The more you chafe against the daily grind, the more Uranus ignites anxiety. All it takes is a simple change of perspective. See it in a new light.

Whilst all this is going on, Mercury forms a quincunx to Neptune also on the 6th September so whilst the Sun and Vesta are offering potential calm in the storm, part of you may just want to find the escape route. But this aspect could also be used to still the mind and find the centre of the see-saw.

On another track entirely, with Mercury in Libra, this quincunx can trigger untruths. It could be a little white lie to save someone else’s feelings – it happens and sometimes it’s necessary. But be conscious of those kinds of untruths that tie you up in knots further down the line. Keep your own lie-detector active in order to spot well-meaning and not so well-meaning deflections. Working with the background Uranus yod could help to keep your mind open and receptive to gut responses and flashes of intuition. With all the quincunxes in the skies, it feels as though there’s a cosmic push for us all to ‘get out of our own way’. Watch too for synchronicity and a helping hand from your spirit guide. Quincunxes have a habit of nudging you in the right direction. You just need to listen.

The end of the week sees Uranus square to Juno on the 7th September bringing up the thorny issue of broken promises. Mediation may be needed and help is at hand with a sextile between Jupiter in Leo and Pallas in Libra. Maybe what you agreed no longer applies, maybe you want to blow your top at someone who has reneged.  The truth is that sometimes changing situations call for compromise or a new set of rules drawn up. At other times, it’s about drawing a line under it and calling it quits. Either way, the cosmic advice is best taken from Pallas – keep a cool head to find the best solution for all concerned.