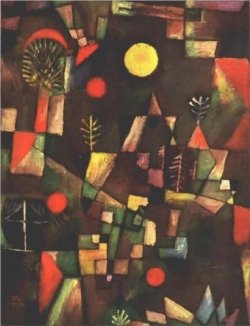 We start the week with a kick up the behind as the Sun in Virgo moves into an opposition with Chiron in Pisces and a quincunx to Uranus in Aries on the 8th September. Maybe you’re feeling a little sore from the weekend and Monday morning in the office is an unwelcome wake-up call!

There are likely to be some sensitive souls around today but the Uranus influence may be inclined to press that sore spot – and press and press just because it can. If you are finding your wires frazzled, it may be that you need to be more aware of the holes in your armour.

This is about getting in touch with your wounded self. It’s not always pleasant but it can be illuminating. If you are feeling a little weak or vulnerable, look to where you may be feeling like an outsider or a scapegoat. Maybe you are keeping yourself on the outside looking in for fear of getting hurt. Let go of being who you think you should be and just be who you are.

Perhaps you don’t feel like you’re making a difference, that the task is too overwhelming. Trust that you can work through this. Sometimes the rewards are seen in hindsight.

A Full Moon in Pisces on the 9th September amps up emotions. I’ve written about it fully in my Full Moon post but essentially it boils down a flood of emotions. Because the Full Moon is conjunct Chiron, we are still on a theme of dealing with pain.

No one likes pain and it’s natural to want to run from it, escape it, numb it. But sometimes you just have to feel it. Chiron is the bridge, you can learn from your pain if you sit with it a while. Let your heart be moved by your sorrow, nostalgia, compassion. An open heart is a healing heart.

Pluto in Capricorn also forms a sextile to Ceres in Scorpio on the same day. You have an opportunity to learn how to feed yourself better both emotionally and physically. With Pluto and Scorpio involved, focus on what can be eliminated to make you feel stronger within yourself.

Still on the 9th, Mercury in Libra forms a hostile square to Pluto. It’s the mind that is the problem. Victim thinking is like a blocked drain; it doesn’t allow flow.  Set things back in motion by reclaiming your power to choose.

Make a promise to yourself that you will make things better. The Sun is sextile to both Juno and Vesta and both the Goddesses will be trine the Full Moon creating a fleeting Grand Trine. Instead of grieving for lost dreams, resolve to create a new dream. Make a pact with yourself that anything is possible. If you are drowning in the depths, throw yourself a life-line. It can and will get better.

Venus opposes Neptune on the 10th September which makes it all hearts and flowers or heart rending disappointments that leave a sour taste on your tongue. The key here is to guard against unrealistic expectations. If you are angry with your partner, check in to see whether you are expecting far more than they can realistically give. And if they have disappointed, make sure you know where to draw the line. Venus opposite Neptune is inclined to sacrifice herself on the altar of love.

Thankfully Mercury offers up a sextile to Jupiter to keep heads somewhat straight. Perhaps you need to get more information in order to resolve emotional issues. Maybe it’s a simple ‘think positive‘ message from the universe. If you are still down in the dumps after yesterday’s square to Pluto, Mercury reminds you that you can choose. You can choose to think the best instead of the worst.

The 11th September sees some return of sanity and stability as the Sun in Virgo sextile’s Saturn in Scorpio. It’s a ‘Keep It Simple’ aspect. Focus on what you can do rather than on what you can’t. Mercury’s conjunction to Pallas brings back a level head. Oh thank the Gods after all that mushy stuff at the beginning of the week!

We get a reprieve on the 12th September with no major aspects. Keep doing what your doing to keep you on the straight and narrow because by the 13th September, Mercury is up to tricks with a quincunx to Chiron and an opposition to Uranus. It really feels like a mental rebellion against all the emotional feelings that have been coming up recently and now you’re ready for something different. But this could lead you into a bit of a pickle if you focus more on what you are running from than where you are going to.

There’s an electric vibe in the air and hasty decisions could be a problem. There may also be a tendency to snap if someone presses your buttons. Alternatively, concentration may be a problem. Oooh kittens…

You get the picture.

Saturn offers a way of tapping into those Uranian insights with a conjunction to Vesta. Both these bodies have an aptitude for disciplined focus. If you can’t manage one hour’s work without getting distracted, try 40 minutes. Break it down further if you have to – can you do 20 minutes, 10 minutes, 2 minutes? Create a target that you can’t miss then go for it. Chances are that the relief of being able to hit your target, however small, will fill you with inspiration to set the next goal a little tougher. Don’t forget to offset hard work with a little fun time to channel the restless Mercury opposition to Uranus.

Mars enters Sagittarius whilst all this is going on, bringing an fiery edge.  Perhaps part of the Mercurial restlessness is that you need an adventure, a new challenge, a bit of excitement. Maybe you have a bee in your bonnet about an important matter that you MUST put right. Mars in Sagittarius is a crusader placement – great for confronting situations that need to be resolved, not so great if you’re just trying to put the world to rights. It’s hard for Mars to really consider what others might want and need during its race through Sagittarius. Keep a check on the reins. Otherwise, this is a feisty placement that gives you a zing of energy. Perhaps just wait a couple of days for the Mercury/Uranus opposition to dissipate before acting on it.

All’s well in the world as we end the week with Saturn trine Juno and Venus trine Pluto on the 14th September. It’s all kiss and make-up after tears at the beginning of the week. Saturn trine Juno helps to set any decisions you’ve made with others in stone giving you a strong foundation to work from. You can resolve to commit. Venus is intensely drawn to work for the greater good. Whether it’s a compulsion to clear out the home office or a desire to broach your taxes, either way sees you’re feeling good about dealing with those things that normally you’d rather ignore. Likewise in relationships, you may feel things intensely but now rather than being overwhelmed, you can start to control the flow or maybe you’re even getting to like that intensity! The power of love transforms all things.