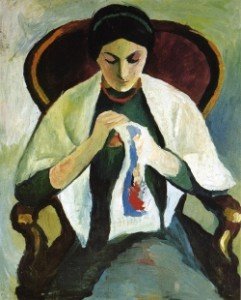 The week begins with Mercury now in the shadow zone as we move towards the upcoming Mercury retrograde next month. Whilst the week ahead is a little quieter, this forms a backdrop to everything else. I’ve already started backing up important work and trying to get a little ahead of myself in preparation – and that’s all it’s about really. Keep one eye on what’s coming up, plan ahead, start to put a few important things in place. It’s about getting things in order now so that you can be more flexible later if Mercury decides to play a few tricks.

On the 15th September, Vesta in Scorpio will quincunx the Aries south node and Juno in Cancer will square the Nodal axis. Chiron in Pisces will also quincunx Pallas in Libra. There’s an element of discordance in these aspects but it feels as though the over-riding message is to learn to deal with outside distractions that may seem as though they stand in the way of your personal, spiritual or creative development. Something needs to be adjusted or discarded in order to regain your focus. Maybe it’s time to review how committed you feel to the direction you’ve chosen. It’s ok to change your mind or adjust your course if necessary. It’s no use battering onwards just because you said you would if it’s not quite working. Relax your hold a little. Just because you need to make a few alterations doesn’t mean failure. This is the art of life – flowing with the river, bending with the wind, hands light on the reins in order to sense subtle changes.

The Last Quarter Moon occurs on the 16th September on the Sabian symbol :-

With the Moon in Gemini and the Sun in Virgo, it’s about making the best of what you have. This is one of those, ‘if life gives you lemons, make lemonade’ moments. This Sabian symbol is a clear reminder that it’s how you think about it that counts. Whilst sometimes it’s useful to look for alternative courses of action, it’s all too easy to end up with lots of information that just doesn’t fit together. Searching for an alternative becomes a form of procrastination. Maybe you feel frozen between options. The key today is to work with what you have. This will help to move things along at a much faster rate than dallying over this or that.

The message is further reiterated as Pallas is opposed by Uranus. This aspect almost seems to scream, free yourself from the logical. It’s like Mr Spock learning to laugh. Embrace the illogical, wacky, off the wall thoughts that come out of the blue. Don’t dismiss them out of hand. It’s possible to be too careful.

And those thoughts coming out of the blue are there for a reason. Mercury’s conjunction to the North Node in Libra offers clues to your direction. Listen for messages on the wind. Watch the birds. Everything you notice is a reflection of you.

In relationships, there maybe a sore spot to navigate – money issue particularly may come to the fore. With Mercury in Libra also square Juno in Cancer, disagreements over who spends what and how may be of particular note. Bearing in mind that Virgo is Goddess of the Harvest who cuts down the corn, this Chiron opposition may manifest as ‘cutting people down to size’ by pointing out every little fault. Sharp words can hurt. It’s possible that everyone is feeling a little over-sensitive. Focus on the roses rather than thorns but recognise each serves a purpose. One can’t come without the other. Communicate with love in mind.

Maybe you’re overcome with an urge to spend, spend, spend in an effort to feel better. Perhaps your bemoaning the lack of cash to do just that. This could be a good day to address your relationship with money. Is it pleasurable or painful? Do you value yourself, your wisdom, your experience?

Do you love the scars you have inside and out?

You may feel more aware of what you don’t have than what you do. There’s a need to bridge the gap. Relinquish the desire to try to fix everything. The key to healing all these dilemmas is to make peace with what is.  Acceptance brings wisdom.

Those of you with planets or points around 14 degrees of Gemini, Virgo, Sagittarius or Pisces may experience the Venus/Chiron opposition more strongly.

Venus is still in a quandary on the 18th September with a quincunx to Uranus. Remember all that glitters isn’t gold! What looks shiny right now may tarnish in time. Impulsive decisions around love and money may cause more harm than good. On the plus side, there’s a creative spark wrapped up in any irritation. Still speaking positively, if the opposition to Chiron left you feeling a little hurt, this quincunx to Uranus could see Venus saying ‘to hell with it’ and going off for a little ‘me’ time. Some time alone may help to re-charge your batteries but don’t shut yourself off.

The Venusian quandaries carry over for the next few days until Venus finally dusts herself off and sets things straight with a sextile to Saturn on the 21st September which means we end the week on a positive note. Any disagreements or difficulties in the early part of the week can be seen as a natural process of growth and change. If carefully handled, they could generate a period of renewed stability and a better understanding all round. What you may have felt ultra sensitive about, now seems far more agreeable or perhaps you choose to simply not let it bother you so much. Either way, whatever needled you fades into the background and you focus on re-establishing suitable boundaries all round. Time to stitch it back together – and like my Grandmother used to say “A stitch in time, saves nine”.

This week ahead feels like one of those stuffy, irritating car journeys where you’re just dying to stretch your legs and everyone is getting snappy. But once you get there, you can forget about it and start to enjoy the fact that you’ve finally arrived.