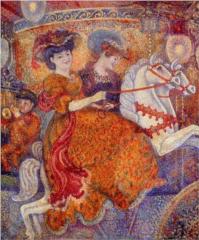 We start the week with a muddled square between Mars in Sagittarius and Neptune in Pisces on the 22nd September. You may feel exhausted or simply like you want to give up. Neptune saps Mars’s motivation, leaving him trailing along the path thinking ‘oh Gods, how much further is it?’!

But you’ve come this far. It’s a question of tuning in to your spiritual motivation. You’ve got to really feel it to get going with this aspect. And if you’re not feeling it, most likely you’ll be dragging your heels.

Another way this could manifest is feeling lost. After all, Mars went galloping off all guns blazing as soon as he hit fiery Sagittarius. In his eagerness, he may well have missed a signpost along the way. Maybe you need to stop and get your bearings. Neptune here could help slow down the potential burn out, giving you time to figure out if you’re moving in the right direction at all. Also, Sagittarius loves to say yes, yes, yes to everything so Mars ends up trying to be in three places at once, spreading himself too thin in the process and wasting all that gung ho energy getting nowhere fast.

Take care to be clear of your motivations at this time. The easy way out may look like a relief but it could just be a mirage on the horizon. Be motivated by what you want to go for rather than what you are trying to escape. Some soul searching may be the order of the day. Give yourself some time to reflect.

When it comes to more practical matters, this square can sometimes indicate more susceptibility to colds and flu and odd reactions to food or other substances. There could be glitches with plumbing and hot water systems.

Pluto turns direct on the 23rd September. The results of whatever has been de-constructing on an inner level for the past five months begin to become apparent. During the retrograde period, Pluto may have shown you what you have no control over or where you needed to establish your authentic power. As Pluto moves forward, there’s a distinct sense of climbing up out of a pile of rubble, dusty and dirty but ready to clear up. And if you aren’t’ ready, Pluto will shove a broom in your hands and tell you to get to it! Pluto knows that time is of the essence now that he’s moving towards that next square with Uranus. Things need to change. Things are changing and due to Pluto’s retrograde, now you probably know that too. Clear the way. Make ready. As Pluto is the higher octave of Mars, this station direct seems to help clear some of the Mars-Neptune confusion/dust that’s still hanging in the air.

And whilst all that is going on, the Sun moves into Libra also on the 23rd marking the Autumn Equinox in the Northern hemisphere. After this moment, the nights will begin to pull in and dark takes over from light. There’s a connection here with the Pluto station, with the darkness and the Fall. The Pluto station is like darkness rising. The final reap before the long sleep of winter.

Jupiter quincunx to Chiron is the final big aspect of the 23rd September. Maybe you didn’t get quite as much as you hoped from your harvest this year. Maybe you grew something entirely different than anticipated. Jupiter quincunx Chiron makes me feel like you don’t know whether to laugh of cry. There can be a tendency to paste on a fake smile and declare everything is fine when it isn’t fine. It’s ok for it not to be fine! To be able to positively deal with your wounds, you need to admit they are there. But it’s important too that they are kept in proportion with everything else. Yes there may be some pain but is everything really so bad? Look carefully. Step to the side. There may be something there to be thankful for too. A little laughter may help to alter the picture.

Maybe you’ve already read my post for the New Moon in Libra on the 24th September. If not, you’ll find it here. Go on. Have a read…it’ll make you feel better, I promise…

So yes, the cosmos lets up a little with a rather lovely quiet but potent new Moon. Despite the tail end of the Mars-Neptune square there’s something rather gorgeous in this lunation. There’s rest, relaxation, maybe a few snuggles and a vibrant creative boost just to add that cherry on top. This is the perfect lunation to set your intentions for projects or situations that require creativity, harmony or agreements.

The 25th September sees sweet sextiles from Venus in Virgo to  Juno in Cancer and Vesta in Scorpio. This keeps the focus on harmonising elements. It could be a good day to seal a contract with yourself that you will look after yourself better – whatever that means to you. It could be practically. It could be emotionally. This is a warm-hearted, nurturing aspect. Love lights the way. Kiss it better.

There’s a buzz in the air too as we get a glorious trine between Jupiter in Leo and Uranus in Aries perfecting on this day too. This is brilliance! I find Jupiter/Uranus aspects have an edge of genius to them. This is a breakthrough aspect, the chink of light streaming in from the morning sunshine. It’s a wake up call. A new day has begun and now it’s just up to you to decide what to do with it. There are opportunities here if you follow your intuitive flashes. Blessings come thick and fast if you choose to get out there. Jupiter and Uranus are lucky breaks, sudden opportunities, wide open vistas, brilliant discoveries. There’s excitement and anticipation. Learn by experimenting. Look for openings.

There are no major aspects on the 26th September which is just as well as you can carry on enjoying the Jupiter/Uranus ride. Mercury moves into Scorpio on the 27th September which tones down the heady energy and adds a sense of mystery. Mercury is slowing down now, getting ready to station retrograde. He’s just getting his feet wet here. Maybe you catch a glimpse of something deep down that needs to be analysed. It’s possible that you might not want to go there just yet, especially with other more exciting energies at play. But it’s wise to make a mental note as this will need to be re-visited. Just as Jupiter and Uranus are likely to take you up, up, up, Mercury in Scorpio may take you down, down, down. Still the yin and yang from the New Moon is at play in many ways. But down doesn’t have to be interpreted as ‘negative’. It’s all about working with the truth.

The last aspect of the week leaves a hazy residue as the Sun forms a quincunx to Neptune on the 28th September. It’s not as confusing or frustrating as the earlier Mars square but maybe you feel a little distracted. perhaps things just seem weird.

There is however, something rather glamorous in this particular quincunx. It’s all sparkly and seems to fit with the fizz of electricity coming from Jupiter and Uranus. This is a highly imaginative aspect but caution is advised as if you step too far into fairyland it could knock you off balance. Hopefully Mercury in Scorpio will keep you on the straight and narrow but then Scorpio can get obsessed with chasing shadows.

It’s possible that you are picking up a myriad of signals in the ether. Your psychic sense may be wide open and this can be confusing. It’s like looking at yourself in a fairground mirror. Maybe you get a glimpse of an alternative reality or other dimensions out of the corner of your eye but when you look at it straight on, nothing is there. The trick is to trust that it is there, even if you can’t see it.

Funny, as I write these last words, the music playing on my Spotify has just moved into a song with the lyrics ‘expand your mind’ repeated over and over. This is how it all feels – mind altering, mind expanding. The song itself is called ‘Mind Control‘ which is perfect for Mercury entering Scorpio! I think the week ahead may be full of little synchronicities like this. Watch for messages.